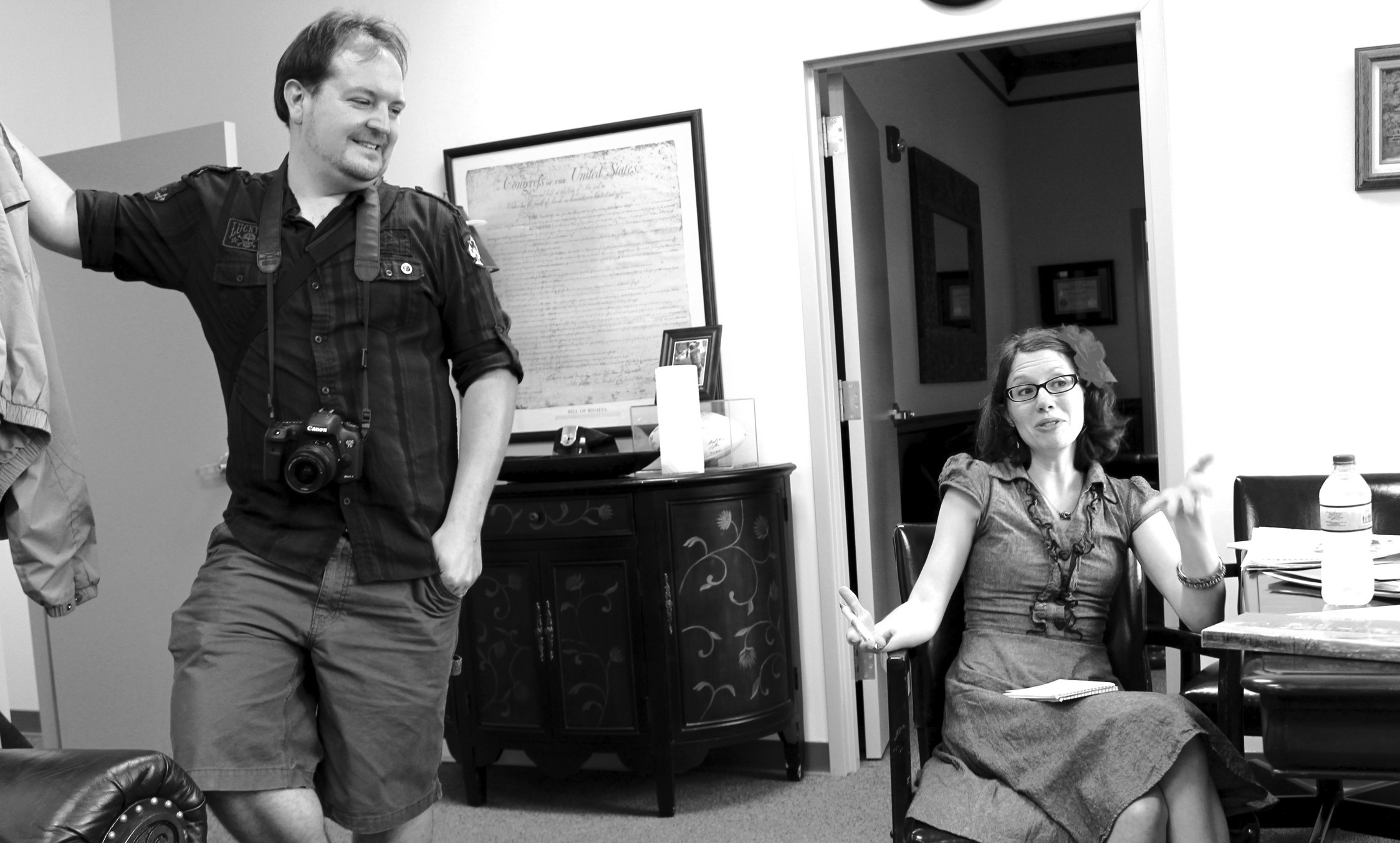 Oneonta, New Yorkers, might know a little bit more about its sister city Oneonta, Ala., thanks to Libby Cudmore and Ian Austin, who visited our hometown last month.

The couple visited Blount County as a pit stop on their journey to their newlywed destination in New Mexico. In New York, the duo work for the local newspaper and while in town interviewed the mayor and other city personnel to learn more about our city so they could share the knowledge with their northern community.

The group, consisting of Cudmore and Austin along with Oneonta Mayor Ross Norris, city manager Ed Lowe, public safety director Brandon Horton, Blount County-Oneonta Chamber of Commerce director Aimee Wilson and more, sat down to discuss each other’s cities. What each person found was that both municipalities have a lot in common, from the terrain to the people.

After the interview, Horton took the couple on a tour of Oneonta including Oneonta High School, the Blount County Memorial Museum, and Horton Mill Covered Bridge.

Before their departure, Cudmore and Austin were presented with a gift basket and they, in turn, gave some gifts of their own.