Sink your teeth into ‘Dracula’ 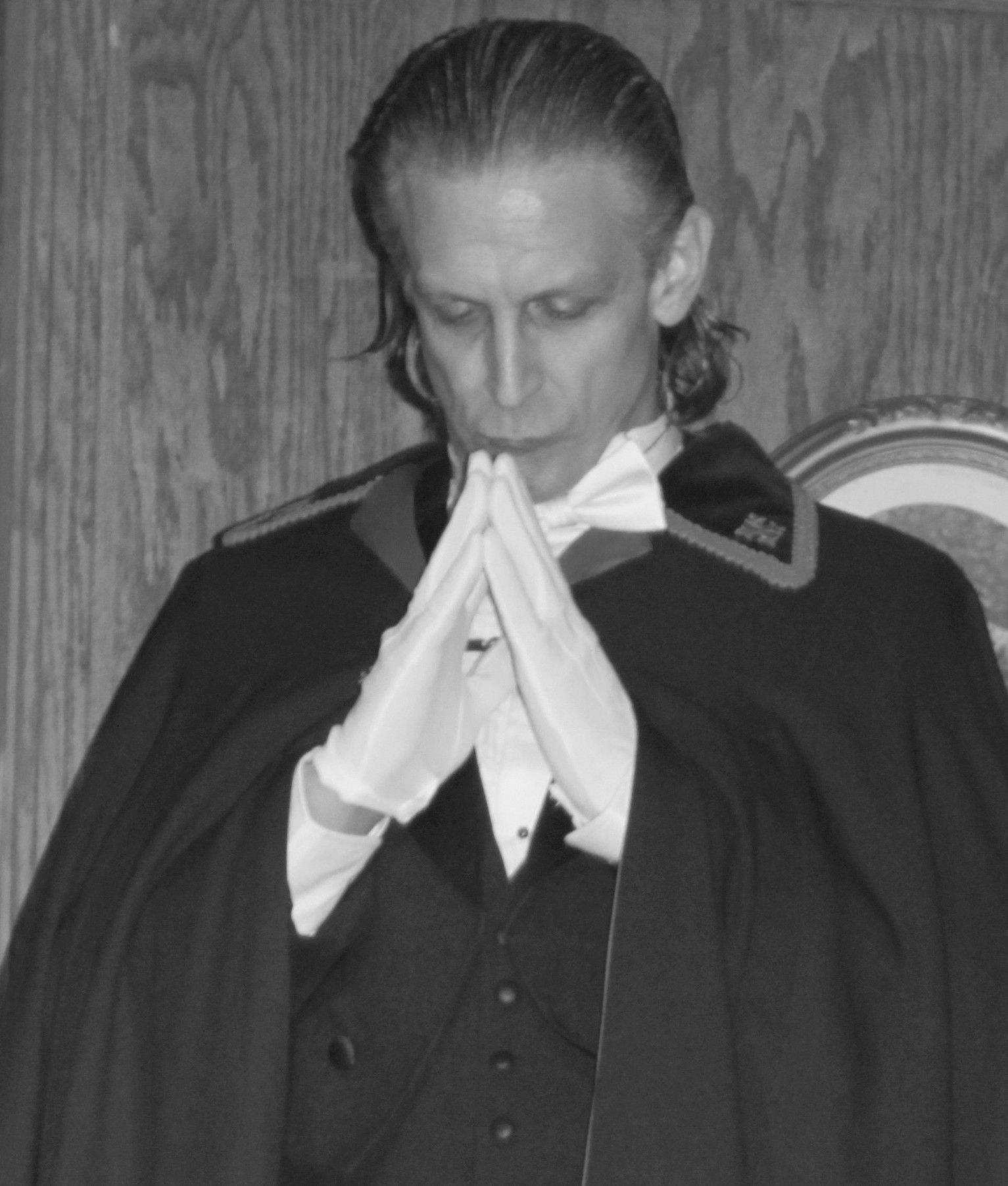 Halloween is coming early for the Covered Bridge Players. Last weekend, the play,“Dracula,” opened and the public still has a chance this Friday, Saturday, and Sunday to see the production.

Written by Hamilton Deane and John Balderston, with permission from Bram Stoker’s widow, the play is set in Purely, England, in the 1920s at an old castle which has been renovated into a sanatorium by Dr. Seward.

“I think different people take different things away from this play,” says Mindy Egan, artistic director for the Covered Bridge Players.“Friday night’s audience seemed to feed on the scariness of the tale, while Sunday’s audience found some humor in moments. That’s the beauty of performing for live audiences – they fuel what happens on stage and can often guide it in a different direction.”

The theater is located on Ala 231 in Oneonta across from the Jet Pep. Although the exterior doesn’t necessarily emit a “theater feel,” the inside is a hidden gem.

The intimate venue has impressive amenities expected of any top-notch theater.

“Audiences can expect a lot from ‘Dracula,” says Zach Buse, who plays Johnathon Harker in the production.“It’s a fantastic show full of great actors on an awesome set who had the privilege of being led by an incredible director, Donna Drake. This is the best cast I have ever worked with, and I think that when someone comes to see our show they may expect it to be mediocre and fear they may walk away disappointed, but that’s not the case at all. We have proven we aren’t mediocre and are capable of doing good quality theater. I think the public will be blown away.”

The Covered Bridge Players is a fairly new entity which began in June 2013.

“It was born out of a desire to provide an artistic outlet for Blount County, on both sides of the stage,” Egan says.

In the fall of 2012, the Friends of the Oneonta Public Library approached Drake in hopes of staging a dinner theater fundraiser for the summer reading program. Drake asked for assistance from her daughter, Carron Clem, now managing director for the Covered Bridge Players, and Clem directed “The Foreigner,” for three showings at Charlie B’s.

“On the first night there were 40 in attendance,” Egan says.“The second night saw the crowd increase to more than 80, and by the third night we had to turn a few away at the door because we had run out of seating space. The project raised more than $2,000 for the library’s summer reading program and revealed a desire for this kind of thing in Blount County.”

Now, the organization is in its second season and continues to plan for the future. Auditions for actors, technicians, and enthusiasts for their next production,“Arsenic and Old Lace,” will be this Saturday at the theater from 11 a.m. until 2 p.m.

Tickets, priced at $12, are still available for “Dracula” this weekend. Friday and Saturday night showings will begin at 7:30 p.m., and the Sunday show is set for 2 p.m. Make reservations by calling 903-4060 or visit www.coveredbridgeplayers.com.