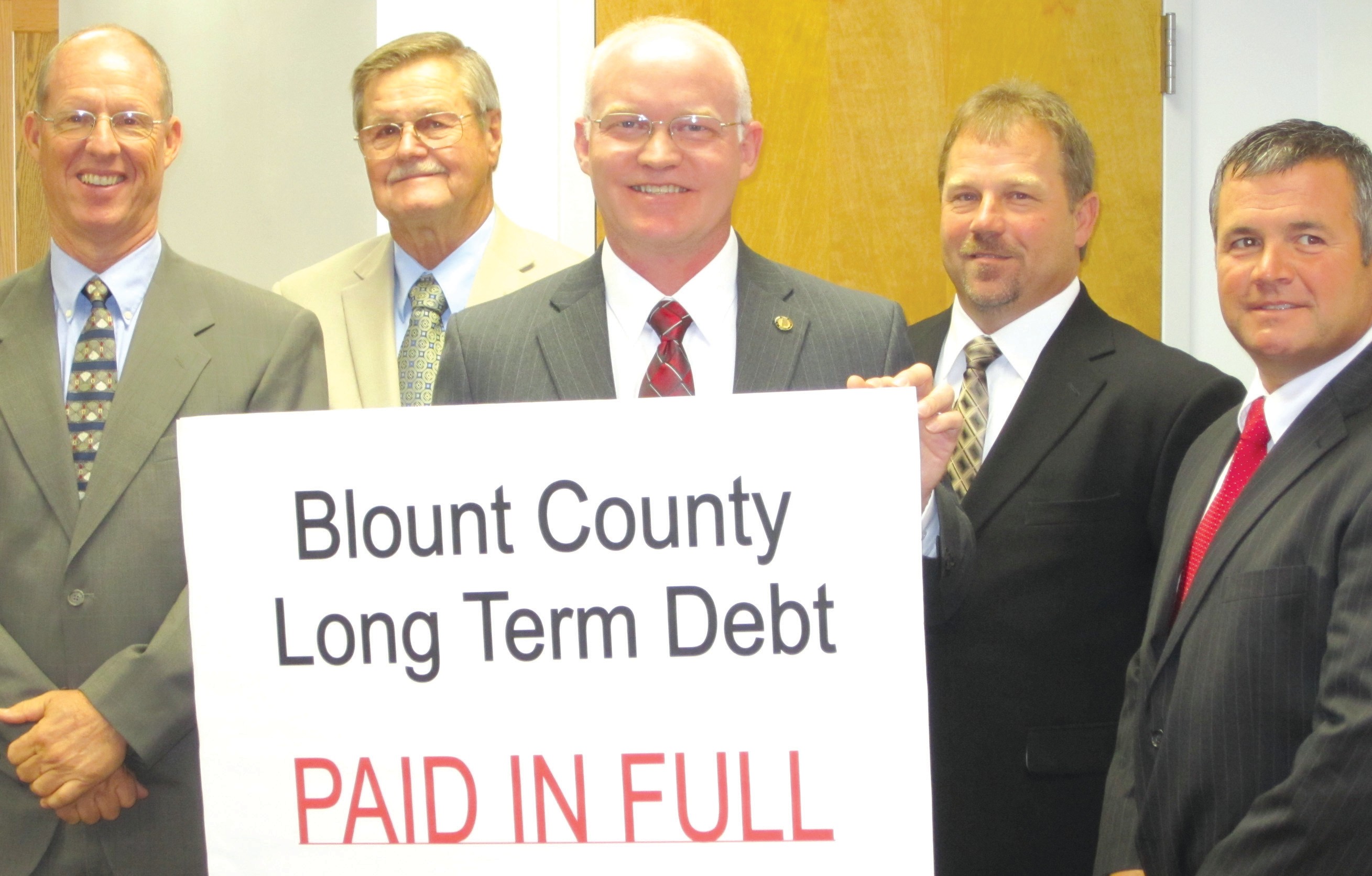 A celebration was in order Monday morning at the beginning of the July commission business meeting: the county has burst the shackles of the 17-year-long grip of long-term debt. The debt dated to 1994 when the sheriff’s office and correctional facility was built at a cost of more than $3 million. It was increased two years later with the addition of about $3.57 million in road paving bonds. The highest total debt reached $5.56 million in 1996. Payment of the debt will amount to a $500,000 annual shot in the arm for the county’s roads as funds used to make annual debt payments can now be applied to the roads. (From left above) District 2 Commissioner Andy Neill, District 4 Commissioner Waymon Pitts, Commission Chairman David Standridge, District 3 Commissioner Dean Calvert, District 1 Commissioner Allen Armstrong. – Ron Gholson