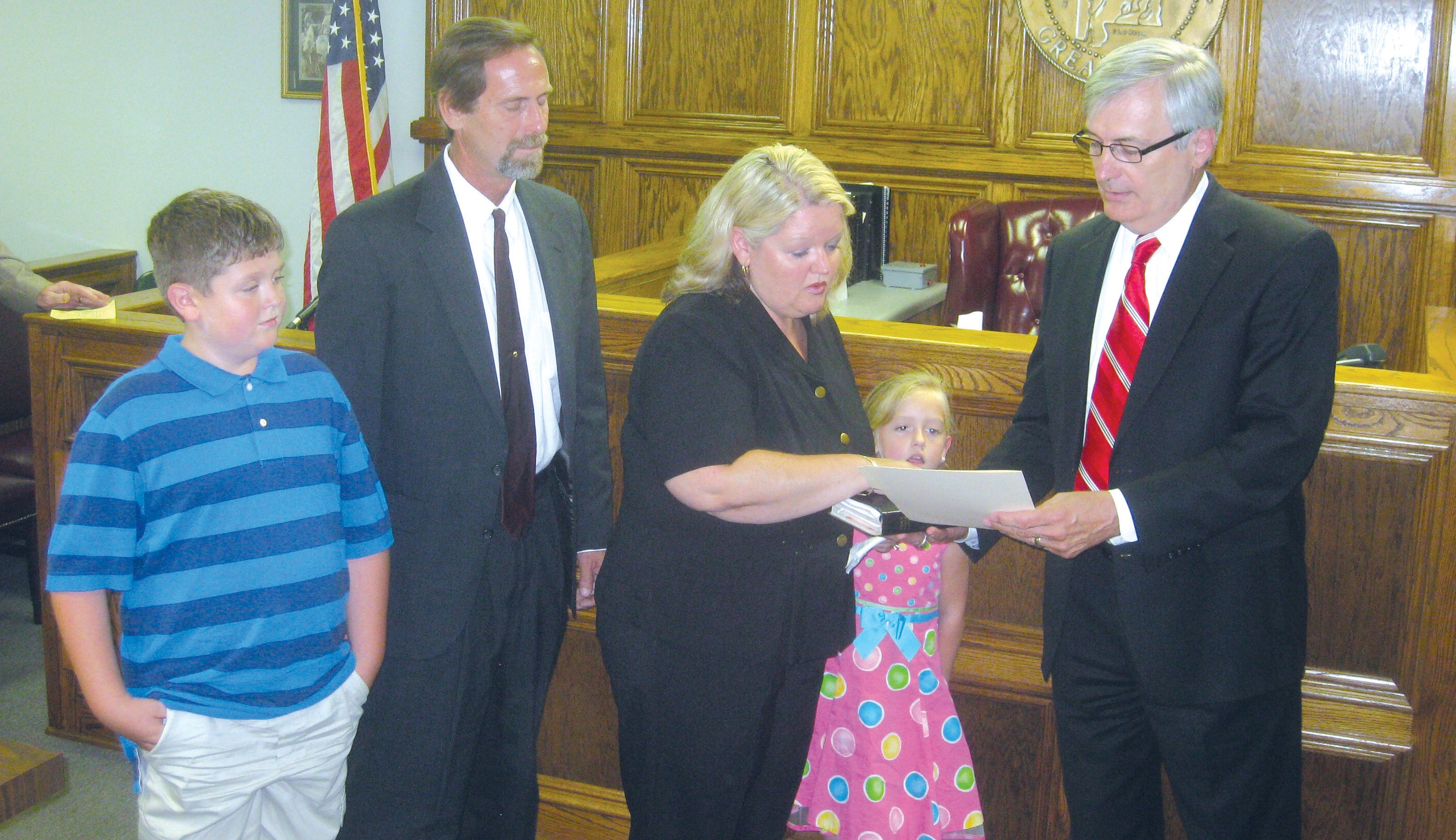 The Burns family (from left) Cole, Jeff, Sherry, and Courtney look on as Sherry is sworn in as district judge by John Dobson, former district judge.


Burns had worked in the office of the Blount County district attorney since 2006 and was responsible for a wide range of prosecution-related duties as well as supervision of the restitution and recovery unit and the worthless check unit.

Burns graduated from Samford University in 1991 with an undergraduate degree in history. In 1995, she received her juris doctor degree from Birmingham School of Law.

From 1996 to 1999 she worked as an associate attorney at Chamblee and Furr, LLC in Birmingham where she was resposible for domestic relations matters, child support enforcement and juvenile court matters. She began a private general law practice in 1999, handling criminal defense, domestic and juvenile law, and civil litigation until she was appointed assistant district attorney for Blount County in 2006.

She is married to Jeff Burns and has two children, Cole, 11, and Courtney, 6. The Burnses reside in the Mount High area of west Blount County.

“Of all the lawyers in this area that were available to choose from, I can’t think of a better choice,” said assistant district attorney Larry Waites. “The four most important criteria for a judge are integrity, judicial temperament, knowledge of the law, and compassion. Those of us who’ve worked with her know she’s the top of the order in every category. We couldn’t have done any better.”