Shelby is one of our greatest senators 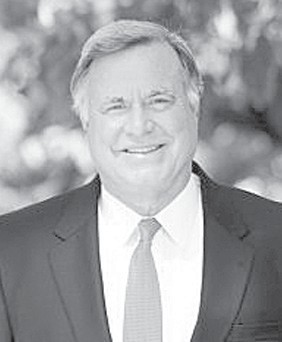 A few weeks back my column illuminated the career and influence attained by our senior U.S. Senator, Richard Shelby. In the column and in my book, “Six Decades of Alabama Political Stories,” I reference the fact that our current senior senator will be regarded as one of Alabama’s greatest U.S. Senators. I consider Lister Hill, John Sparkman, and Richard Shelby in that triumvirate. However, history more than likely will reveal that Shelby is eclipsing Hill and Sparkman in the annals of senatorial lore.

Shelby is chairman of the Senate Rules Committee. In his illustrious 31- year tenure in the Senate he has chaired the Senate Intelligence Committee and the Senate Banking Committee, which in itself parallels the achievements of Hill and Sparkman. However, Richard Shelby is next in line to take over the powerful Senate Appropriations Committee.

Therefore, it is almost comical that a few right-wing fringe members of the state Republican Party along with some kook from Texas are promising some resolution to censure Shelby for not voting for Roy Moore in last year’s election. If these folks had even walking around political sense they would be promoting a ticker tape parade for Shelby.

I would suggest that Richard Shelby could care less what some members of the Alabama Republican Party say about his vote in the recent election. Members of party organizations have an inflated opinion of their influence in politics and public policy. Being a member of a state political party has no more effect on politics than being president of the local civitan club. Their primary function is to set the primary dates.

Therefore, when these political party operatives get together to debate this benign resolution on Feb. 24, they may imagine that it matters what they do. However, you can be assured that nobody cares, much less Shelby. Resolutions passed in political party gatherings have no effect or relevance.

It is very doubtful that this proposed resolution will see the light of day. Most people who are political party operatives are logical folks and would not want to offend or insult Sen. Shelby. He is the Republican Party of Alabama in the eyes of the nation. If it were to pass, he would graciously ignore it and hold no grudges.

When Kay Ivey became governor last year, the first thing she did was to reverse the decision of Gov. Robert Bentley on the date of the election for Jeff Sessions’s Senate seat. Bentley had set it for this year when everything runs anyway. Ivey decided that it should be held forthwith and that a Special Election would be in 2017. However, this election cost the beleaguered state General Fund $11 million. If it were held this year it would have cost the state zero – we were voting anyway.

This $11 million is nothing to sneeze at when it comes to state revenue. This aspect caught the eye of House Ways and Means chairman, Steve Clouse, R-Ozark. Clouse, who is a wise steward of the state’s coffers, and is tasked with balancing the budget, has set out to rectify and clarify when any future election for a Senate seat shall be held. He has offered a bill to set the dates and clarify “forthwith.” Clouse’s Bill says that the election will be held at the next general election. His legislation has already passed the House and is awaiting action in the state Senate.

Steve Clouse is a popular Wiregrass legislator who epitomizes integrity and espouses fiscal conservatism. While speaking of popularity in the Wiregrass, Gov. Ivey did a good day’s work when she picked Dothan Circuit Judge Brad Mendheim to fill the vacancy on the State Supreme Court. It is appropriate that she appointed Mendheim, a Wiregrass judge, to fill the seat of Justice Glen Murdock, another Wiregrass native.

I have never seen or heard of anybody more respected in their hometown than 51-year-old Brad Mendheim is in Dothan. He was born and raised in Houston County and has been a circuit judge for 10 years. He is a deacon in the First Baptist Church of Dothan. He graduated in a stellar class that included Dr. Russ Holman, who is one of the most prominent radiologists in the state.