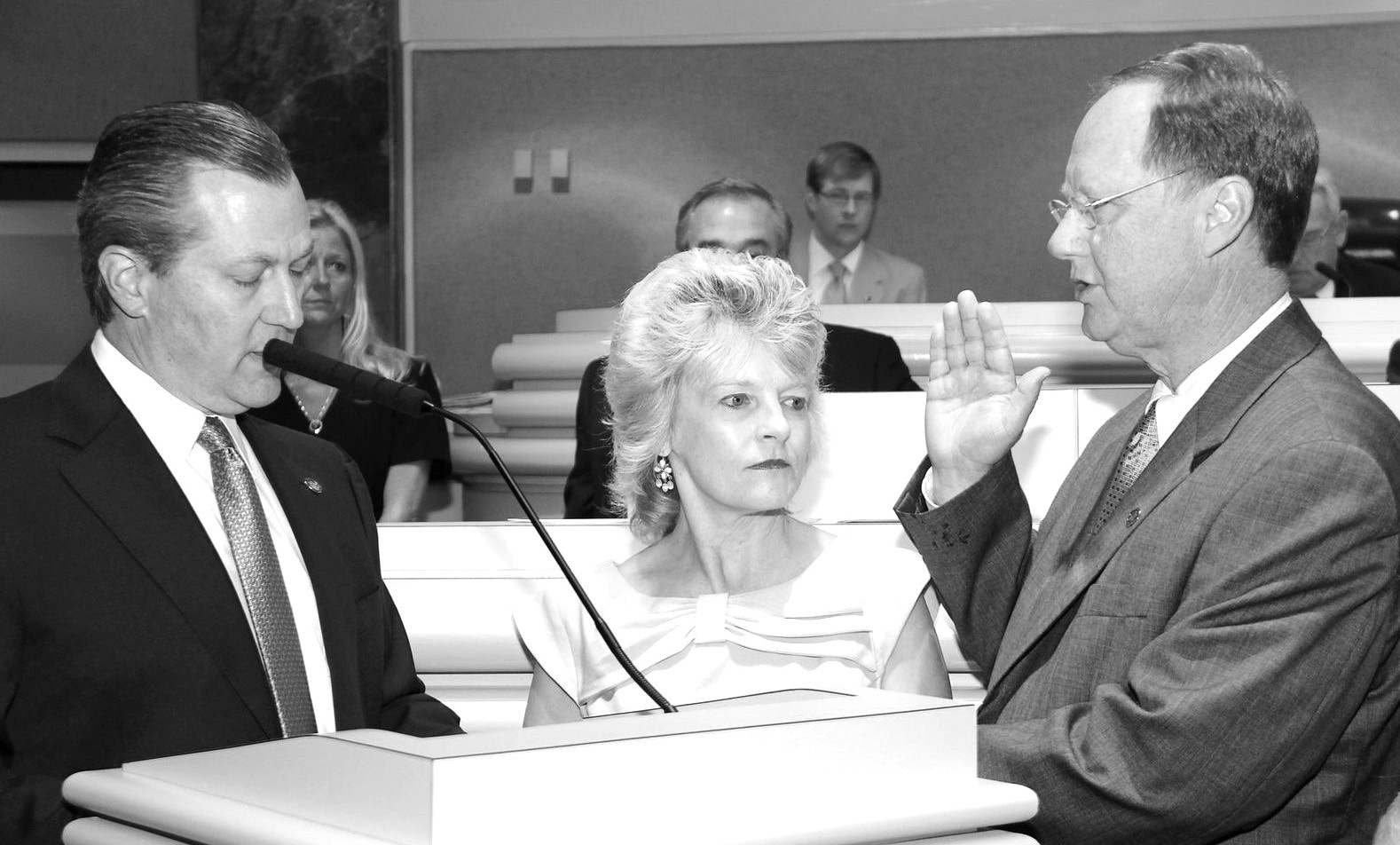 Randall Shedd was sworn in April 18 as District 11 member of the state House of Representatives, representing about 30 percent of Blount County in its northwestern and central portions. Shown above are House Speaker Mike Hubbard, left, and Shedd’s wife Debbie. Shedd won the seat by virtue of victories in the Republican primary and runoff elections and by the withdrawal from the general election by Democratic candidate Kelly Evans. Shedd said he has been appointed to the Children and Senior Advocacy Committee and is looking forward to active participation in the remainder of the legislative session. “This committee assignment enables me to help take care of children and the elderly, which are two of my major interests,” Shedd said. “Now if we can do a good job of creating jobs for all the people in the middle, we’ll have things well taken care of.” Shedd will serve the remaining 19 months of the term of Jeremy Oden, who resigned in December. – Ron Gholson