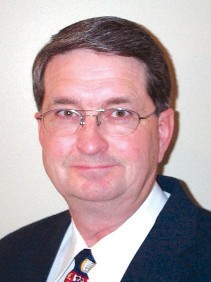 As the top two vote getters in the Feb. 12 primary election for the District 11 seat in the Alabama House of Representatives, Randall Shedd of Fairview will face Danny Alldredge of Holly Pond in the March 26 Republican primary runoff election. 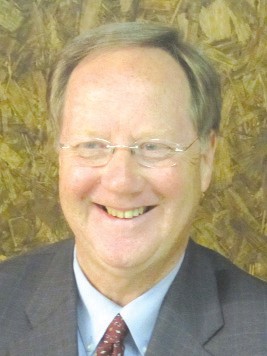 Voters will return to the polls on March 26 to choose either Republican Shedd or Alldredge to meet Democratic candidate Kelly Evans of Cleveland in the general election on May 7. The winner of the general election will serve less than two weeks before the 2013 session of the Legislature ends on May 20. He or she will then serve for the remaining 18 months of the unexpired term of Jeremy Oden, who resigned the office in December 2012.

District 11 includes about one-fourth of Blount County lying along its northern and western boundaries and extending toward the center of the county at Cleveland. It includes the following precincts: Summit, Rock Springs, Brooksville, Blountsville, Cleveland, and a small portion of Rosa.

The Blount Countian asked each of the candidates to respond to the following question to represent their thinking and priorities as the runoff approaches.

Describe at least one cause, condition, problem, program, or project that you will proactively address in the Alabama House of Representatives if elected.

Shedd: “I want to do my part to make sure we do NOT pass home rule, because this opens the door for property tax increases in the future and more taxes on agribusiness, small business, and business in general, as well as residential taxes. That would hurt our economy.

“In my four terms as mayor of Fairview, we lowered taxes, eliminated red tape on business, and had new businesses opening in Fairview with new jobs while many areas of the county were experiencing business closings.

“Right now, Blount County seems to have good local officials, but if home rule passes, new officials could slip into office and raise taxes, hurting agribusiness, small business, and everyone.

“I want to focus on bringing new jobs to the area and projects that will help the people of District 11.”

Alldredge: “I would like to represent Blount, Cullman, and Morgan counties in the state House of Representatives and be an advocate for education. I am a firm believer in education and particularly education with a career-tech component. I would like to see the initiatives of career technical education strengthened. There are some very exciting things going on under the direction of State Superintendent of Education Dr. Tommy Bice and state career tech director Dr. Philip Cleveland.

“I would support including career pathways as a part of graduation requirements for our secondary school students. I support dual enrollment, fast-track, credit articulation, and similar programs that allow high school students to gain college credits while in high school. This provides students access to college credits at much-reduced costs while they are still in high school, and reduces the overall expense burden on parents of students working toward a college degree.

“Also, I fully support the reading initiative and math and science initiatives that have been successful in our schools.

“Another issue I would like to address is our local infrastructure. I would like to provide support for our local municipalities and commissions to upgrade local highways, roads, streets, and water systems in an effort to attract more and better industries. The more industry we have locally, the more jobs will be available to our citizens. The more people we have productively employed, the more revenue will be returned to our county.” Statement to voters

Both candidates were invited to submit brief statements to voters.

Shedd: “In my years of public service, I have spent a lot of time working with the Alabama Legislature – as county commission chairman, mayor, and director of the Cullman County Commission on Aging. I believe this experience with how the Legislature works helps me from day one to be able to help District 11.

“I will use this experience to help local officials get their projects funded – projects like a new community center and walking trails in Cleveland and tornado shelters in Blountsville, for example.

“I will stay focused on bringing projects home to District 11.”

Alldredge: “I am the son of Maxie Alldredge and the late Drennan Alldredge of Blount County. I was born at Cleveland, and raised at Royal. I went to elementary school at Royal and graduated high school at J.B. Pennington. I understand the needs of Blount County and I have a kindred relationship with the people of Blount County. I believe in Christian principles of traditional family consisting of one man and one woman. I am pro-life, pro-family, and pro-eduation.

“I was a teacher, principal, and career-tech director in the Cullman County school system, representing a span of 30 years, and I served eight years on the Cullman County Board of Education. I believe my educational background, my work experience, and my work with the board of education prepared me to effectively represent the citizens of Alabama House District 11. I am a true conservative Republican and I ask for your prayers, support, and vote in the March 26 special election runoff.”