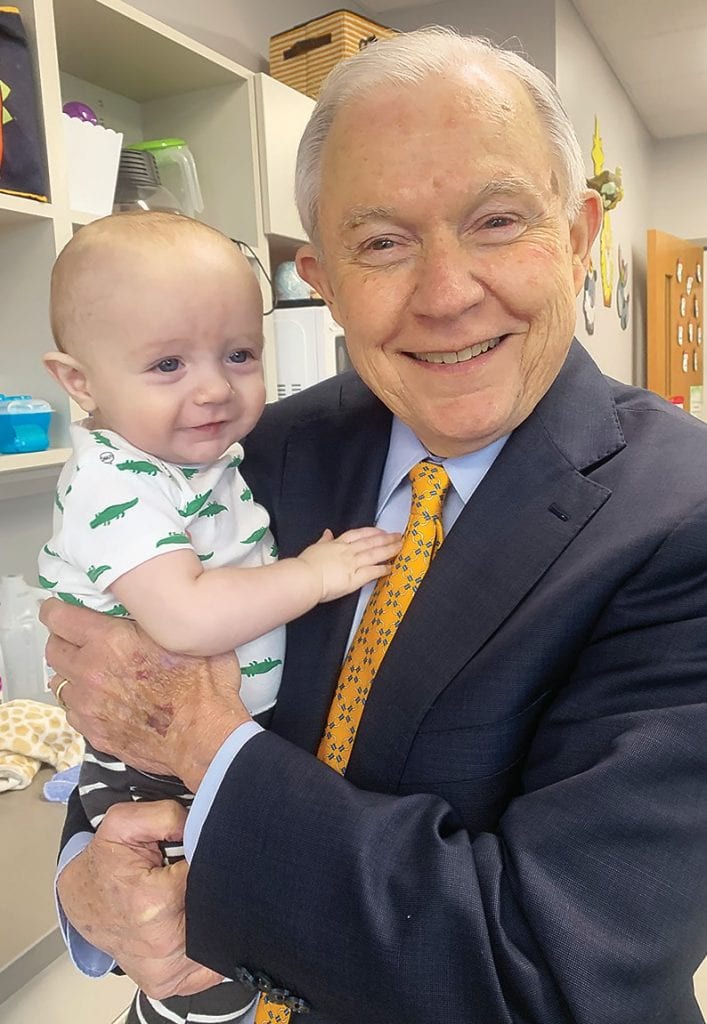 Former Sen. Jeff Sessions was in full-blown whistle-stop mode when the campaign trail led him through Oneonta as one of the last of a dozen or so stops last week. The meet and greet at The Little Brick Church was delayed slightly by a detour by Session’s host, Blount County District Attorney Pamela Casey, to meet her 7-month-old son Glen Austin. The result, as shown, was precious.

Having resigned his seat to serve as the U.S. Attorney General in the Trump administration, and following his dismissal from that post by the President, Sessions is running to reclaim his old Senate seat now held by Democratic Sen. Doug Jones. But he can’t face Jones next November unless he defeats six Republican challengers in the March 3 primary.

Asked if he expects to be involved in a runoff following the March primary, he declined to speculate, but said he has been met with a very warm reception in campaign stops throughout the state so far.