Send those surveys in 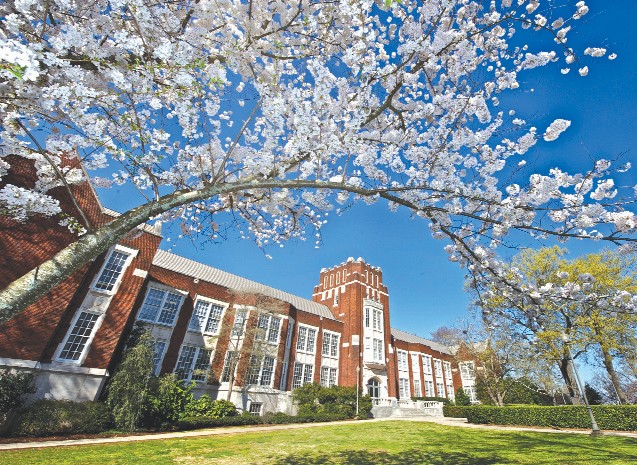 Springtime at Bibb-Graves Hall on the JSU campus

About three weeks ago, survey questionnaires were sent out from Jacksonville State University to all households in Blount County. The surveys were designed to evaluate the need for and interest in a JSU satellite location in Blount County.

The surveys follow a period of a couple of years during which study teams from JSU have made forays into Blount County to look at existing locations and buildings for their potential to serve as satellite sites for the university.

“This would be a huge boost to our economy if something like this came to the county,” said Blount County-Oneonta Chamber of Commerce executive director Donny Ray. “They’ve been here at least twice that I know of looking at possibilities, so I know there’s some interest there. We need to encourage them as much as possible.

“Everybody fill out your surveys and let’em know how much we’d like to have them as a neighbor. The surveys must be returned by October 1, so dig them up, fill them out, and send them in if you haven’t done so already,” he said.