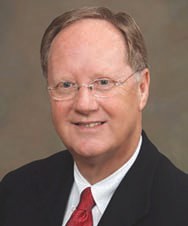 The Blount County Board of Education has received news that a request for $750,000 to assist in restoration of J. B. Pennington High School has been added to the state House of Representatives Education Budget. The request must still be approved by the Senate Budget Committee before it becomes final.

The state appropriation would help the high school recover from the unofficially estimated $5 million in damages it suffered from a fire that began on March 21 and smoldered for several days afterward, adding substantial smoke and water damage to that caused by the fire itself.

“We’ve been working since the day of the fire to inform the Legislature of the needs at J.B. Pennington,” said Blount County Superintendent Rodney Green. “Randall Shedd and Clay Scofield have spearheaded the effort and the Blount County delegation signed a letter supporting our request,” he added.

“This will be a tremendous help to the entire school system. It will fill in the gap to restore J. B. Pennington without having to dip into local capital funds that are needed throughout the system for important capital projects at all schools. Without this boon, it would be a hardship on the whole system,” Green said.

“The most important thing a legislator can do is take care of his district,” Shedd said. “We experienced having the high school burn in Fairview when I was mayor, and I knew what that could do to the whole community. The Blount County School System had done everything it could do to be prepared for an emergency. It had the maximum amount of insurance possible on the building, but there are always things that insurance doesn’t cover. Superintendent Green did a great job of detailing and documenting the damages. That helped tremendously.

“Our entire Blount County Legislative Delegation worked hard to secure these funds and I want to thank Representatives David Standridge, Will Ainsworth and Connie Rowe, and Senators Clay Scofield and Shay Shelnutt for their important roles in adding these funds to the budget,” Shedd said.