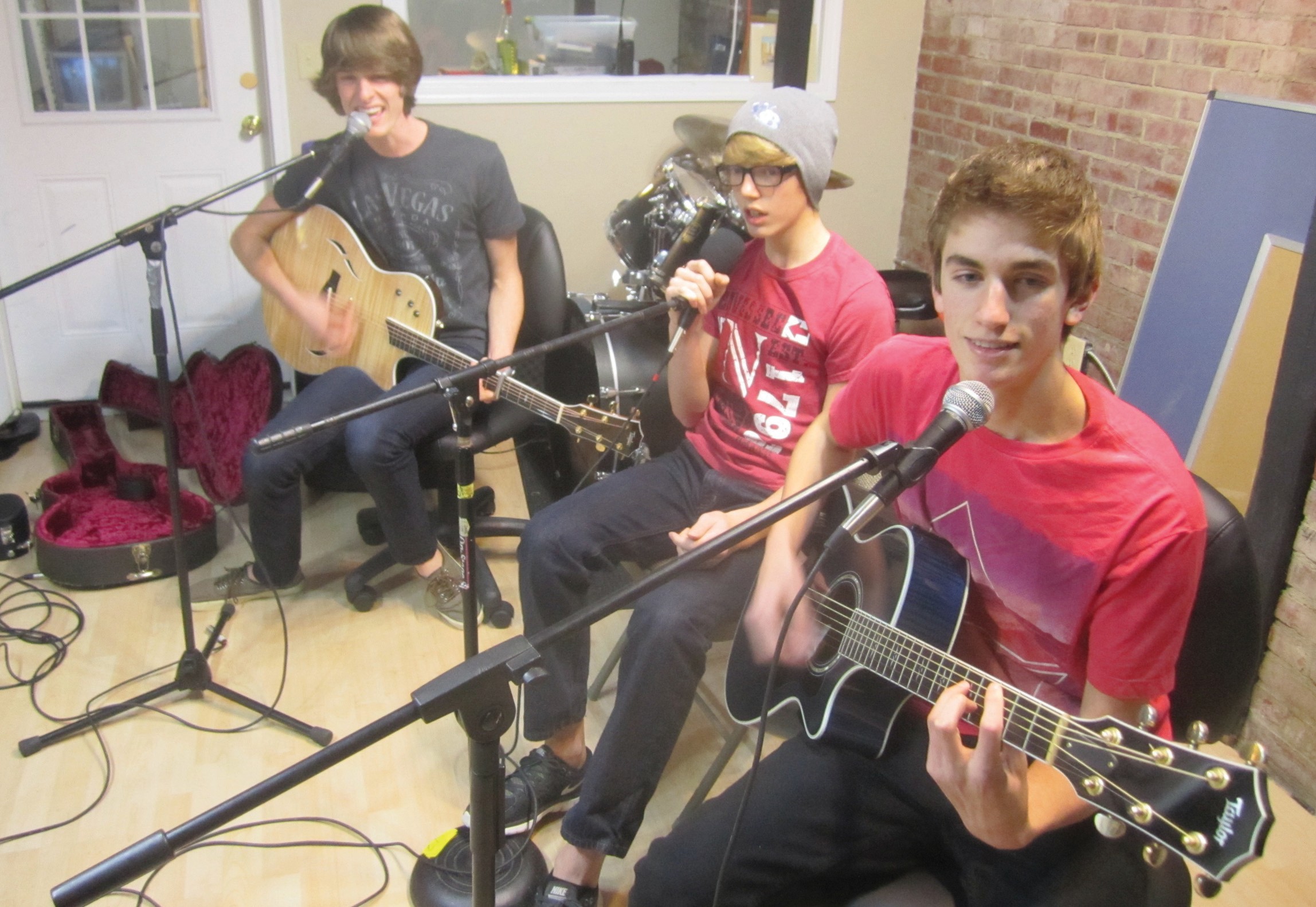 The Beason boys, from the left, Elisha 18, Christopher, 14, and Zachary, 15, rehearse in the family sound studio at Neely Arts Center in Oneonta just before a gig last week at Charlie B’s. The bigger news though is that they will be on the ‘Talk of Alabama’ on Channel 33/40, Dec. 31, at 9 a.m. The program’s entry theme music that day will be an original song ‘What Do You See?’ by the Beasons. It will also be the exit music, and the feature performance music they will play just before being interviewed live, as well. It’s currently being mastered in Nashville and will be available on iTunes, Amazon, and other digital music sources within the week. The boys wrote the song themselves, though a detailed description of who created which parts of the music and who contributed what words would take longer than you’ve got, and is beyond the writer’s capabilities anyway. Suffice it to say it was generally a group effort. On down the road? Keep recording new songs, build a fan base, and see where it all leads, says mother Deborah. You can join the crowd on Twitter, Facebook, or YouTube under ‘The Beason Boys.’ – Ron Gholson