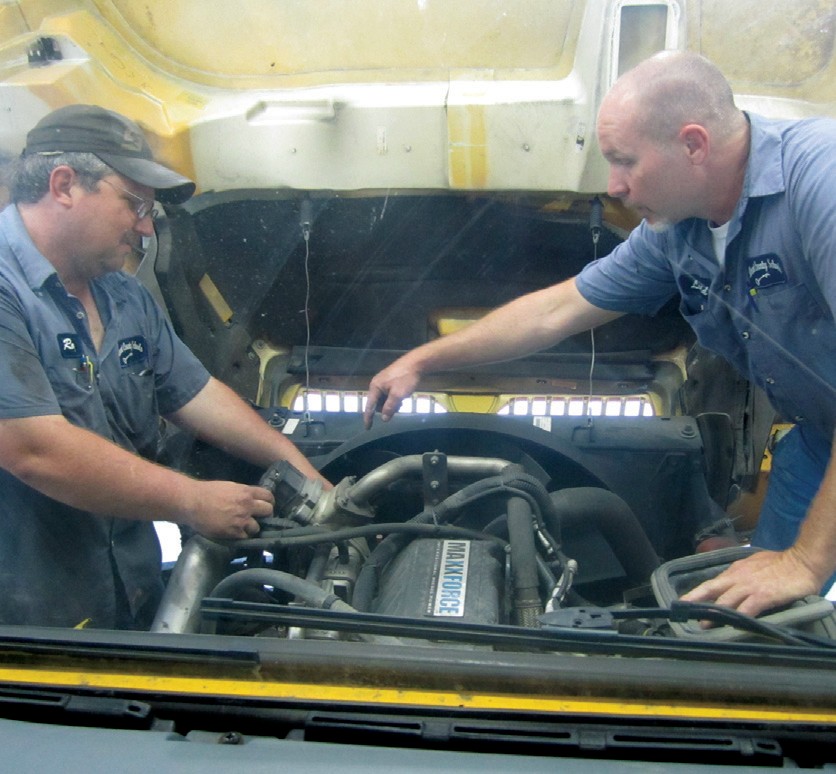 Cutting to the chase, heads of school bus operations for both county school systems confirmed that bus operations are in no danger of being curtailed in Blount County or in Oneonta, as is currently being debated in the Hoover school system. Here’s what they said:

Eddie Phillips, supervisor – maintenance and transportation for the Blount County system: “Mr. (Supt. Jim) Carr and I talked about this just recently in light of the Hoover school bus situation. He said he couldn’t imagine how a rural school system could ever eliminate bus service. I agree with that 100 percent. He and (chief financial officer) Marcena (Bryson) have done a great job keeping us where we need to be to make up the state funding shortfall with local funds so we keep a safe student transportation program in place.” (State allocations cover only about 77 percent of the annual cost of operations of the system, Phillips said. The remaining 23 percent, amounting to about $1.1 million in 2012, must be made up from local funds.)

Scott Coefield, superintendent of the Oneonta system: “I don’t see in the future any suspension of the bus system for Oneonta schools. Remember though, there was a time several years ago when Oneonta did not provide buses. But unless the school board were to push me, it’s not on my drawing board. With the traffic congestion we already have, can you imagine what we’d have around the school if we had twice the number of parents delivering their children? Now, if the cost deficit to operate the buses doubles and gets up in the $100,000 range annually…”

He didn’t finish the sentence, but the implication was suggestive. For the last several years the system has operated at an average “loss” of about $40,000 a year (68,000 last year) – loss being defined as the amount of money that must be taken from local funds that could otherwise have been spent on classroom instruction – books, computers, other equipment, additional teachers, and so on. Coefield didn’t say so, but he left the distinct impression he’d definitely like to use all those local funds to support classrooms and teachers.

(Ed. According to both school system sources, the state Department of Education recom- mends a higher level of funding annually than schools actually receive, including funding to operate bus systems and replace buses after 10 years of service life. However, the Legislature, in recent years, when approving the education budget, typically appropriates money at only the 70-75 percent level of the funding requested.)

A tale of two bus systems Below are facts and figures profiling both local school bus systems, one small and one large.

•Policy on parents boarding buses while en route to and from school: strictly prohibited. Parents should discuss any bus issues with the principal at the school office.

Discussing the lengths to which the system goes to guarantee the safety of children, including repeated inspections and certifications of buses, drivers, and mechanics, Phillips summarized the system’s policy. “It’s all about the safety of the students we’re transporting,” he said. “That’s the reason for the emphasis on safety in everything we do. And it pays off. Statistics show school bus transportation is by far the safest mode of transportation available – safer than trains, planes, cars – in effect, safer than any other mode of transportation. We’re doing our best to keep it that way.”

Employees who keep the buses rolling for both county systems: