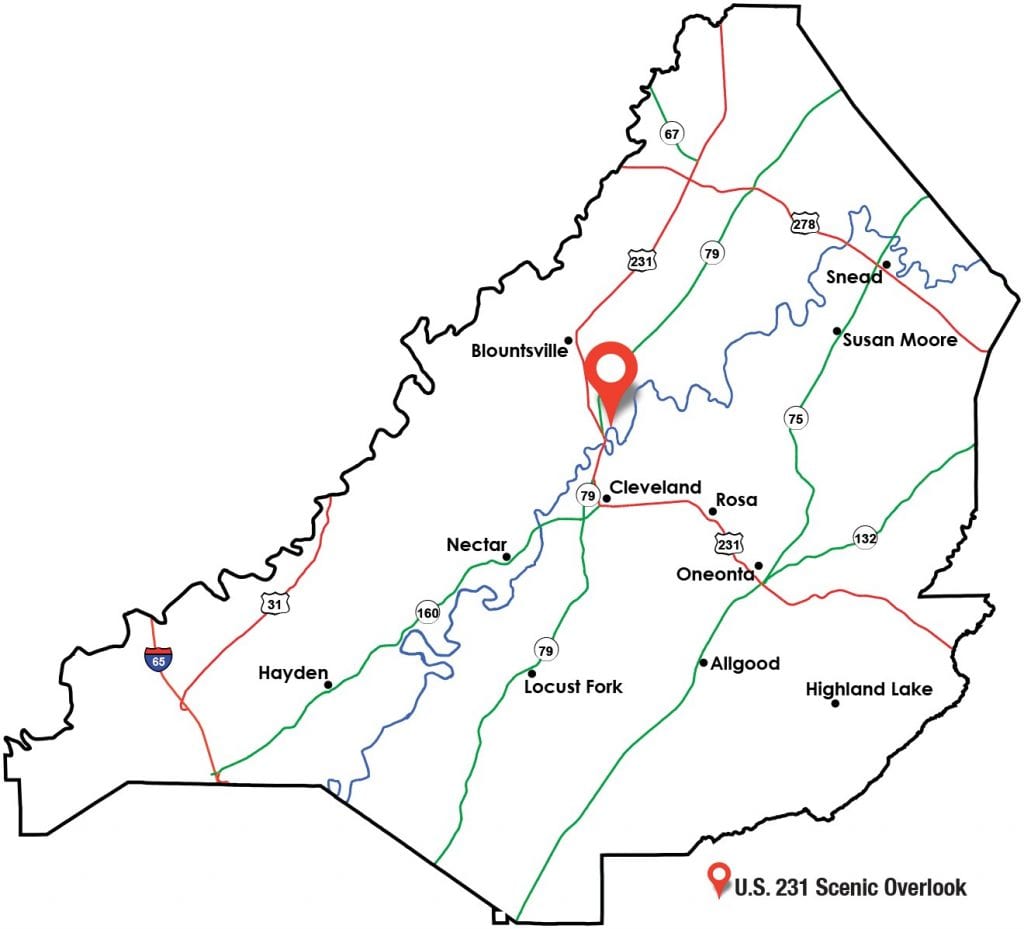 Some readers were understandably mystified two weeks ago when The Blount Countian described what may have sounded like the eighth wonder of the world on the Locust Fork River in Blount County – without saying exactly where it is. (See map.) The ‘scenic wonder’ is a manmade stone stairway located on U. S. 231 about 2.2 miles north of Cleveland Town Hall, where two highway bridges cross the river. One is a relatively new bridge built by the state in 2007, and now carrying U.S. 231 traffic across the river. The other is the old U. S. 231 bridge right beside it that has been acquired by the county and rehabilitated as a scenic overlook of the river. The stairs down to the river, built of massive stones positioned in a sweeping arc, substantially enhances the already majestic view of the river the old bridge affords. Plus it gives easy access to the river, unavailable before the Blount County Commission District 3 road crew built the stairs.