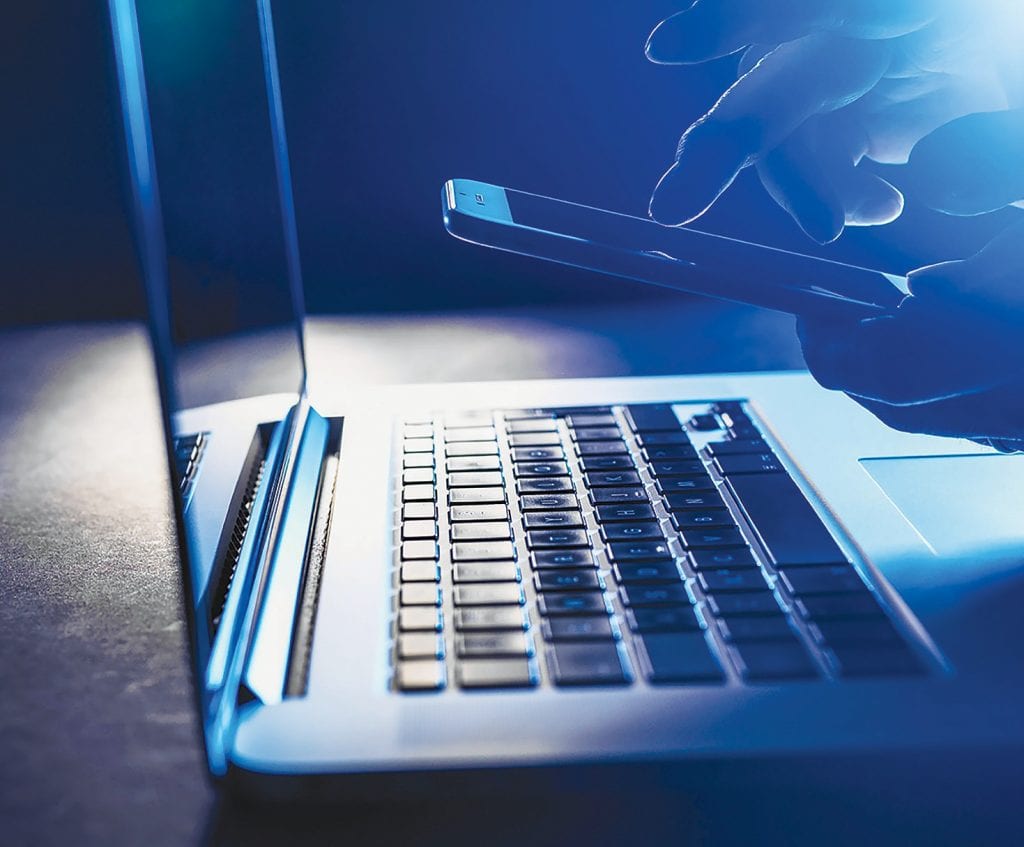 Blount County District Attorney Pamela Casey recently warned about a sophisticated telephone scam that is an attempt to get access to an individual’s banking account(s). She said a person may receive what appears to be a call from their bank. “Appears” is the operative word here because caller ID can no longer be trusted. Technology exists that allows someone to make your phone display whatever number they want it to. The caller will pretend to be a security agent of your bank following up on “suspicious activity.” The caller might ask if a bank card holder is attempting to make a purchase in another state or country.

Of course, the answer will be no, but just the question will alarm the cardholder, putting them off guard. Quickly, for the purpose of “verifying your account,” the fake security agent will attempt to obtain as much information as possible and this will include the card number, the PIN, password, a Social Security number, address, and any other pertinent information. They may ask for your checking account and routing numbers. They may do so under the guise of needing that information in order to “freeze” the account. Once the information is shared, the card is compromised and it’s off to the races for the con artist to bilk as much money as possible before someone gets wise.

The scam is called voice phishing and, along with a couple of other scams, keeps banks’ and credit card companies’ real security staff busy. There are a couple of keys to keep from falling victim to that kind of con game, according to Casey and some bankers at HomeTown Bank. To begin with, do not trust caller ID. If you don’t know the banker on the line, hang up, and call the bank back; do so by looking up the number. Jeanie Walker of HomeTown Bank warns to not “trust anyone who calls you. Ask questions to verify or call them back.”

Secondly, and the bankers could not stress this enough, NEVER give your account or personal information to anyone who says they are calling from your bank. Not only that, even if the caller has some piece of your information, do not confirm it. If they are legitimate, they have your information and will never ask for it. With that in mind though, it’s important, Walker said, that customers keep the bank informed of new contact information like telephones and addresses.

Cassi Cline and Bruce Latta, both of HomeTown Bank, pointed out two other prevalent scams. One is skimming. That is where the thief places a device on a card reader like the ones at a gas pump or ATM. When a card is used, the device copies the data and the scam artist will pick it up later along with the information from all the cards it compromised. To prevent against this, the user should pay attention at the machine and look to see that the reader is securely in place and not loose, and there should be an unbroken security tape. The skimmer could also be part of a small piece of plastic tape on the card readers. Report anything suspicious to the business.

The second is something the customer can do nothing about up front, the data breach of a merchant. The large breaches, such as Target, Marriot, Equifax, and Capital One, make the news. Others, like the ones at T-Mobile and Sonic, are not widely publicized.

Regardless of the scam, Angela Henderson of HomeTown Bank emphasizes the customer must be proactive in monitoring their accounts. She stresses customers should always check their statement for fraudulent charges. Most credit cards and bank cards are also supported by an app that can be downloaded on a cell phone, which will almost instantaneously post a pending purchase.

How to report an attempted or successful banking scam

• Report fake checks received by mail
to the US Postal Inspection Service.
• Report counterfeit checks to the Federal Trade Commission, either online
or by phone at 1-877-382-4357.
• Contact your bank to report and stop
unauthorized automatic withdrawals
from your account.
• Forward phishing emails to the
Federal Trade Commission at spam@uce.gov.

How to avoid becoming a victim

• Be suspicious if told to wire a portion of funds to a company after receiving a check from that company.
• Be wary of lotteries or free trials that
ask for a bank account number.
• Verify the authenticity of a cashier’s
check with the bank that it is drawn on
before depositing it. Only use the contact information on a bank’s website.
• Do not trust the appearance of
checks or money orders. Fakes can
look legitimate.
• Do not deposit checks or money
orders from strangers or companies
unless you have a relationship with
them.
• Never wire money to unknown companies or people.
• Do not click on links in an email to
verify a bank account, a credit card, or
any kind of account.
• Do not accept a check that includes
an overpayment.