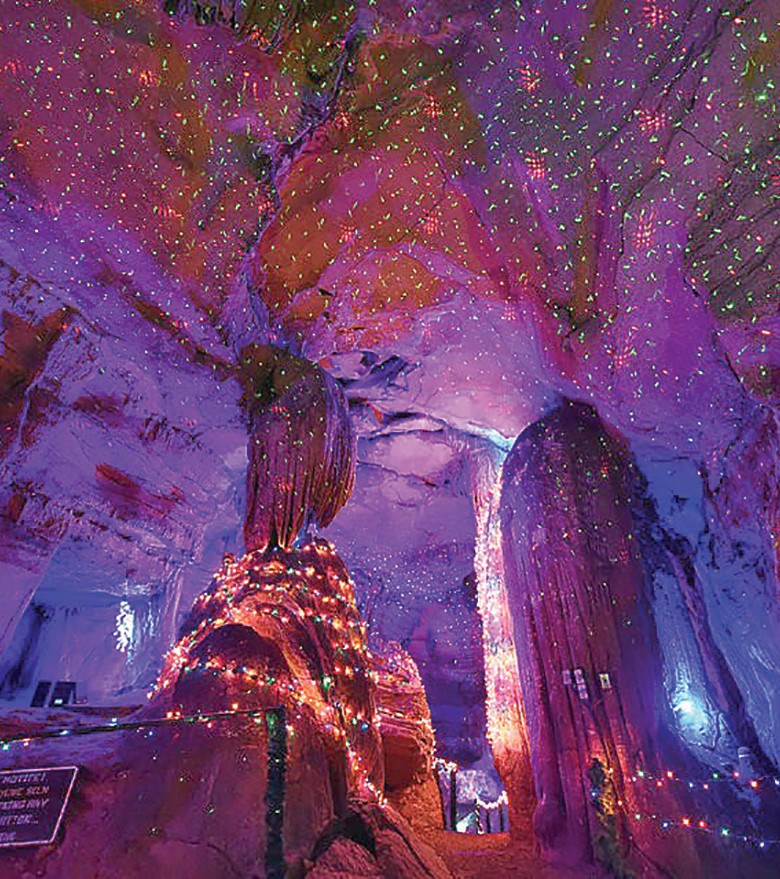 Little known fact: Santa’s Workshop has an unofficial annex in Alabama. It’s hidden away deep in the underground recesses of Rickwood Caverns. And it’s open to the public from 2 p.m. to 8 p.m., for 23 days before Christmas, Dec. 1 through Dec. 23.

The photo shows Goliath (arrow), the largest calcite dripstone formation in the cave. Around its base is the village where Santa’s elves hang out when they’re off duty from the toy production line. (The village is being readied for their arrival this weekend.) The workshop grotto is decorated with more than 30,000 lights, displays, and other holiday ornaments with Disney-like fantasy, flair, and imagination.

“We’ve been reaching out to school children to capture their interest,” said Rickwood Caverns manager Amanda White. “We hope they’ll want to come to the workshop and will go home and tell Mommy and Daddy, and the whole family will come,” she said.

The 30- to 60-minute workshop tour is self guided with cave workers stationed in each of the half-dozen or so major rooms to provide information and answer questions. In addition to Elf Village, other rooms include the Lazer Light Spectacular, the Grinch Room, Winter Wonderland, and Santa’s Workshop.

Admission is $10 per person, ages four and older. Groups of 20 or more can get tickets for $8 each.