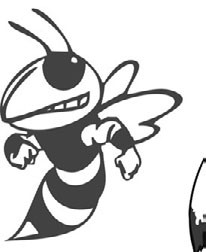 Tough defense and Mother Nature were the themes last Friday night as the St. Clair County Saints put up 20 points in the second half to get past the visiting Locust Fork Hornets by a score of 26-0.


Neither team got much offense going on a night that saw the first half dominated by torrential rain at Odenville. The two teams combined for just a little more than 300 yards of total offense.

The Hornets, despite playing without two starters who were battling the flu, took their opening possession of the night deep into Saint territory. However, the drive came to an end with a fumble.

St. Clair County led just 6-0 at the half but the Saints were able to take advantage of a couple of short fields after Hornet turnovers in the second half.

On a night when offense was hard to come by, Taylor Hughes led the Hornets with 77 yards rushing.