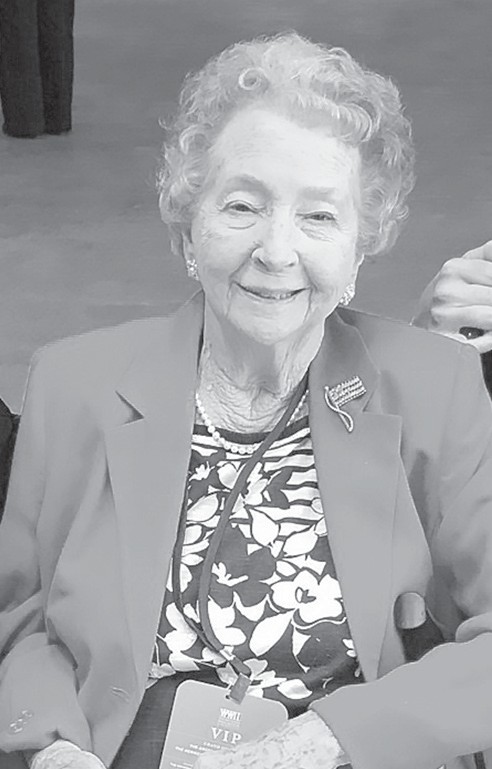 Rosie the Riveter, as memorialized in J. Howard Miller’s iconic portrait of a determined woman with her sleeves rolled up and the slogan “We Can Do It!” was part of a campaign to recruit women to step into the workforce during World War II in order to replace the nearly 12 million men who served in the military.

The Metropolitan State University of Denver gives a history of working women during World War II and concludes that at the height of the war, there were over 19 million women working as real life Rosies, including the nearly 350,000 that served actively in the military. The percentage of working women rose from 27 percent before the war to 37 percent by its end. In the aircraft manufacturing industry alone, the rise in female workers was dramatic. In 1943, 310,000 women helped to build aircraft. That was 65 percent of the industry’s workforce compared to only one percent pre-war.

Each of their stories is compelling. Their willingness to break from the norms of the era is heroic. Their contribution to the eventual victory should not be underestimated. 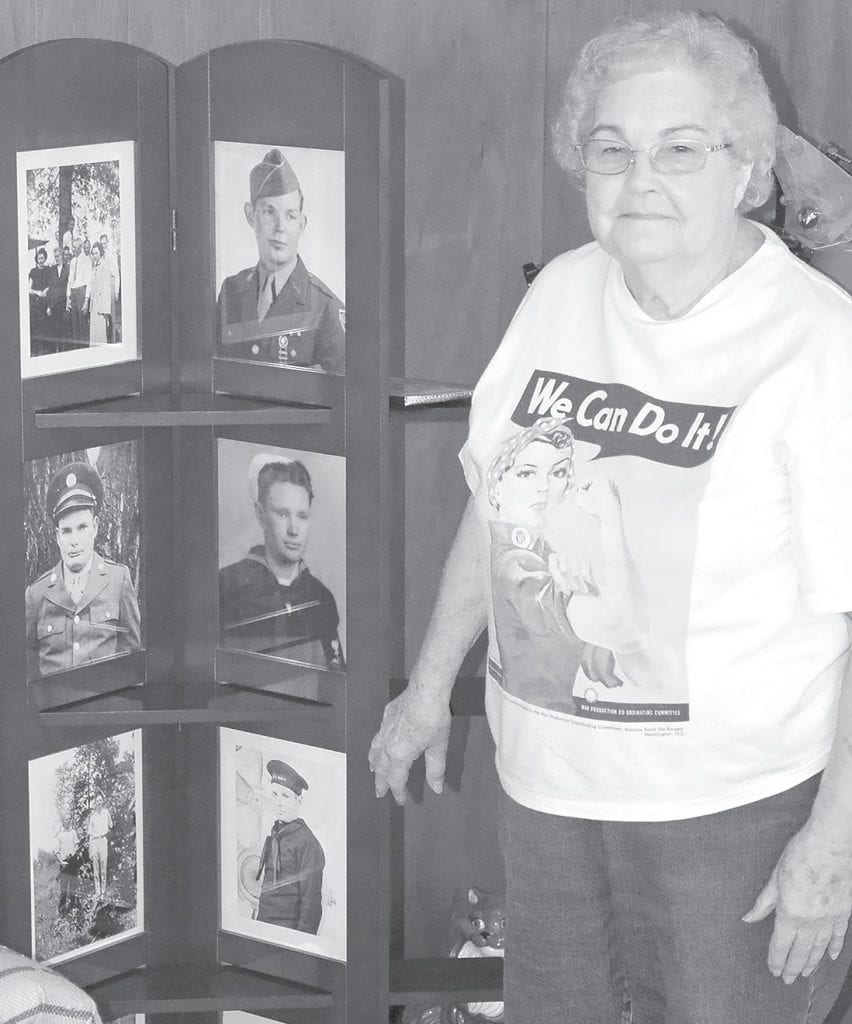 Mabel Myrick displays photographs of her brothers and other family members.

One of the Rosies was Connie Hinkel. Now 94 years old and known by the name of her late husband, Negrotto, she said her first job was working at Higgins Industries at the Michoud Industrial Area in New Orleans. She worked as a technical illustrator on the famed Higgins Landing Craft. Just to get to work was laborious because she had to take a street car, then a bus and, finally, a horse drawn wagon every working day. Negrotto said her family had a car that could have made the trip easier, but it would have been a waste of gasoline rations. Working there, she got to know the owner/inventor, Andrew Jackson Higgins of whom she said, “He did his best work drinking. He could put it away.”

After working for Higgins a few months, Negrotto went to the Consolidated Vultee Aircraft Company near Lake Pontchartrain where the PBY Catalina seaplane was manufactured. She remembers a German prisoner of war camp near the plant and that she and the other women would often draw whistles from the prisoners.

Other activities outside of work also helped the cause. Negrotto and other women attended a weekly USO (United Service Organization) dance to bolster morale. “Some of those guys could really jig.” Most poignantly, she and others would visit the local hospital where the wounded brought back to the States were recuperating. “We just talked to them and sometimes helped them write letters. We had to do these things, otherwise we would all be speaking German now.” Her complete story is memorialized in the National World War II Museum in New Orleans.

The American Rosie the Riveter Association, an organization to celebrate and preserve the history of working women during World War II, was founded in 1998 by Dr. Frances Carter of Birmingham. The qualification to join as a Rosie is “any woman who worked for pay in a war-related industry or agency… or in any job that was usually held by a man, thus releasing a man for military duty.” The latter would include gas station operator, police officer, bus driver, farmer, construction worker, or any of the other occupations of that time historically held by men. Women who did not work for pay, but did volunteer work for the war effort can also join, as can descendants of a Rosie. Others who do not qualify in any of those ways can join as a friend of the organization. To find out more about the group and membership, go to www.rosietheriveter.net, send an email to americanrosietheriveter2@yahoo.com or call 888-557- 6743.

An email or phone call will put you in touch with Mabel Myrick, a Kimberly resident and the corresponding secretary of the organization. Myrick is a Rosie who, upon graduating high school in 1944, took a federal competency exam in shorthand, typing, and bookkeeping. A letter arrived shortly thereafter with the results of the exam. Also included in the envelope was a train ticket to Washington, D.C. Her parents were reluctant to let her go, she said, but they knew the importance of the war. All four of her brothers served during World War II; one died in combat in France. In the summer of 1944, Myrick went to D.C. with some money her parents gave her to tide her over until she received her first paycheck. She was assigned as a secretary at the Pentagon. She stayed there for a few months, but transferred to Alabama where she worked at Alabama Ordinance, a federal munitions plant. A few months after that, she asked and was allowed to go back to the Pentagon because, “It was more exciting there.” Myrick stayed at the Pentagon until the war’s end.

As part of a victory celebration, Myrick was selected to attend a lawn party at the White House where she met President Harry Truman and his wife, Bess. She also met the other attendees who included generals George Marshall and Dwight Eisenhower and all the president’s cabinet members. The emphasis of the party was not the dignitaries, however, but rather the 700 disabled veterans who were also in attendance.

Myrick said there are no current Blount County residents who are Rosies, but she hopes anyone interested in joining will contact her. The Blount Countian is also interested in hearing from women who have their own World War II stories to tell. Please call the paper at 625-3231.

In a few weeks, we will rightfully be honoring past and present military members on Veterans Day. We should remember and honor as well the women who, at a unique point in our nation’s history, stepped up en masse to answer their country’s call and played a tremendous role in securing victory for the Allies.