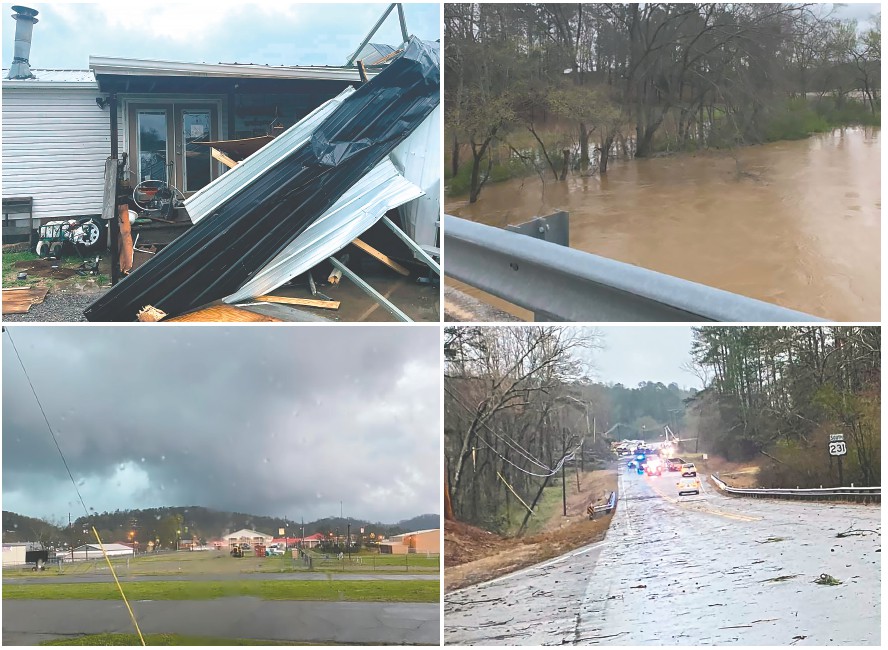 Springlike weather came in early last Wednesday evening and it was roaring like a lion. Rain, thunderstorms, lightning, high winds, and hail pounded Blount County most of the late evening hours. As the weather approached, citizens were concerned.

For days, meteorologists had warned of impending straight-line winds and tornadoes that would likely stay on the ground for several minutes and cut a path of possible destruction for several miles. Schools and businesses shut down or closed early and storm shelters opened as residents prepared for possible tornadic weather. The storms had already produced havoc in several areas of the state and the concern continued to be high.

Just as meteorologists had predicted, the weather took a turn for the worse and, according to EMA Director Don Roybal, at 5:43 p.m. the weather service reported an EF-1 tornado touched down on Tim King Road and traveled northeast over Highway 231 before ending at 6:04 p.m. at Kent Road. The 100 mph tornado was 300 yards wide and traveled a total of 11.64 miles on the ground. Thankfully no known injuries were reported despite the long path of destruction.

According to Blount County 911 director Neal Brooks, dispatch received numerous calls during the severe weather event including 36 reporting trees/ wires down, four reporting water over the road, and six reports of debris/road blockage.