She had me at Dickens 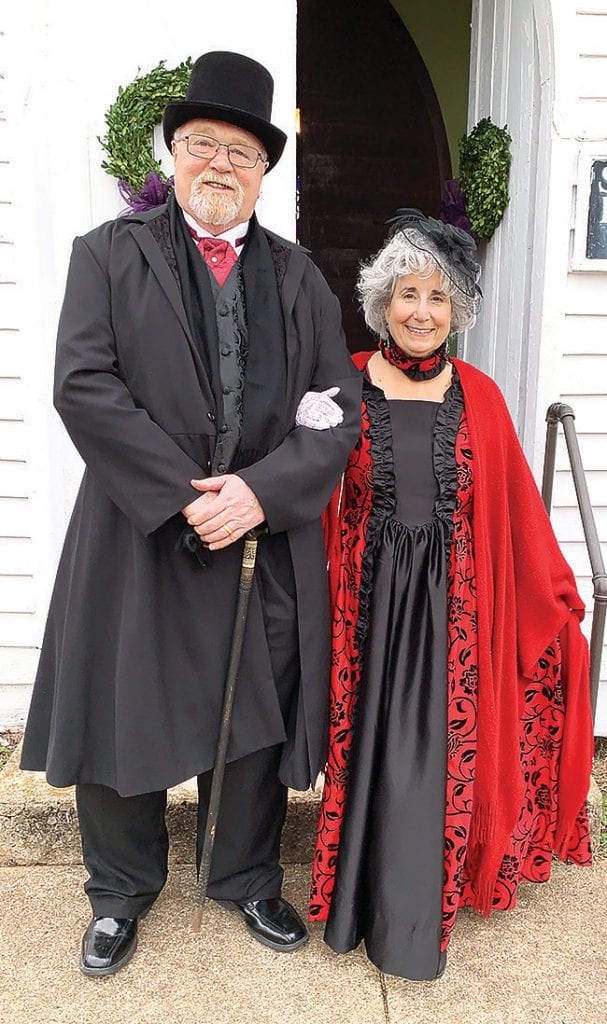 She had me at Dickens. You need a bit of backstory to understand that.

During some of my wife’s travels earlier this year, she discovered a Dickens festival in some far away world called California. Being a wonderful wife, and knowing my deep affinity for anything related to Charles Dickens, Mrs. Thorne started formulating a plan to get us to that festival as a way to celebrate our 30th wedding anniversary and my birthday. I choose not to release the number of anniversaries of the day I made my appearance on this planet, but suffice it to say this year was a milestone.

Saying I sorta like Dickens’ writing is like claiming Elmer Fudd sorta likes to hunt wabbits. I’ve read everything Dickens wrote (more than once) especially all the works regarding Christmas. Yes, there is more than A Christmas Carol, but I’ll spare you the list. I also love to watch the many, many, many versions of ACC that have been produced on film. I dare not tell you my favorite for fear of influencing you, but suffice it to say I watch them all, every year. My darling wife flees in distress when she hears the opening line, “Marley was dead, to begin with.” I can “hear” her eyes roll even though she may be in another room when she realizes what I’m watching.

The problem for her was to get me to the mystical land of California and keep it a surprise. I suppose after discarding the idea of using a baseball bat and burlap sack, she decided the best course of action was to just ‘fess up; she told me about the event and asked, “Would you be interested in going?” My heart skipped a beat and I tried to contain my joy. I replied, I think in an even voice, “Yes, but why don’t we go to the one here in Alabama?”

You see, I knew that just up the road in Tuscumbia, they’ve had a Dickens festival for the last eight years. It’s called “It’s a Dickens Christmas Y’all.” I discovered it in a North Alabama tourist booklet last year, but knew my wife would never want to go immerse herself in my Dickens fantasy, so I stuck the information in a drawer.

Here is where this little story reminds me of another favorite writer. Do you remember O. Henry’s The Gift of the Magi? In it both husband and wife give up something important in order to buy Christmas gifts. The wife sold her long, lovely hair to buy a chain for her husband’s prized pocket watch; he sold the watch to purchase the jeweled hair combs she had long admired. The story is about sacrifice in the name of love.

In our case, my sacrifice was stifling the desire to check out Tuscumbia’s festival by tucking the brochure away and hers was a bit of her sanity in offering to go.

This story has a happy ending because we did go and both had the jolliest of times. It was the best gift I have ever received. Not only did we attend, we went in costume, which is not a requirement, but enhances the experience. There were plenty of events that catered to kids. Even though I felt like a youngster, we didn’t go to those. Instead we went to a feast on Friday night and the light and water show in the park on Saturday night. Between those two, we packed in a snack of scones, a reading of ACC, a canine costume contest, poetry, music, a carriage ride, and wandering around the town enjoying the food, the shops, and most of all, the people.

The volunteer Tuscumbia Retail Development group organizes the festival with the help of the city council. If you’re interested in going next year, give the folks there a call at 256-383-9797. They are the most sincere, friendliest, fun-loving group of ladies it has been my privilege to meet. From the moment we met, they treated us like old friends, and now we are.

We will not be waiting until the Christmas season to visit Tuscumbia again though. There’s plenty to do and see anytime including the Alabama Music Hall of Fame, Belle Mont Mansion, Cane Creek Canyon Nature Preserve, Railroad Depot Museum, and Ivy Green, the birthplace of Helen Keller. As for the Dickens festival, we’ll be there next year. Hope you will join us.