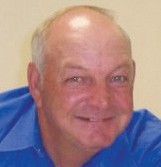 Commissioner Robert D. Bullard, who served as commissioner for Blount County’s District 2 for almost exactly 10 years, died last week following a year-long battle with lung cancer. He had just returned from the hospital in Huntsville where he had been undergoing chemotherapy periodically for the last 10 months.


He is survived by his wife Sandra, sons Danny Wayne and Randy Scott, and mother Betty, as well as by six brothers and two sisters. The family attended Mount Pleasant Baptist Church in the Egypt community of Etowah County. He was buried at Liberty Hill Cemetery at Royal. Pallbearers for the funeral were all members of his District 2 road crew.

Bullard was first elected to the Blount County Commission in 2000, defeating Harold Dunn. He was re-elected in 2004, again opposed by Dunn. In 2008, he defeated Andy Neill in the primary and ran unopposed in the general election.

He leaves a legacy as a nofrills elected official who fought waste in county spending as he saw it, rarely leaving the county for conferences or conventions, which he considered a waste of taxpayer money. He worked tirelessly to keep District 2 roads among the best in the county. He was known as an unflagging advocate for his district’s interests, and for the interests of senior citizens in particular.

A person to fill Bullard’s unexpired term of office will be appointed from among District 2 residents by either outgoing Gov. Bob Riley or incoming Gov. Robert Bentley.

Political observers have said that recommendations from sources within the county will be considered, and that the appointment could be made by year’s end, given the importance of the office.