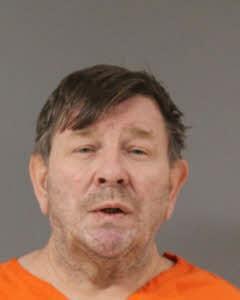 “I am happy to report that as of lunch, we have a suspect in custody for the shooting death of Dakota Nunley,” Blount County Sheriff Mark Moon said as he opened his press conference last Thursday. The following day, Dec. 18, Moon released the name of the suspect as well as formal charges.

Michael Harris, 59, is charged with first-degree murder in the road rage incident that claimed the life of 22-year-old Nunley. Harris is a resident of Steele, Ala., and remains in the Blount County Jail with no bond.

Moon said Harris was arrested for domestic violence in the early 1990s, but there have been no other issues since that time.

“Our investigative team worked tirelessly and I am so proud of this team and this department,”Moon said. “We got the break we needed through technology and the public’s help. We were able to identify the suspect. Captain Lynn Chambless, the lead investigator, was able to get a confession.”

Technology was “very key” in leading investigators to Harris. Moon thanked Scott Sanders with the Metro Area Crime Center and Jefferson County Sheriff’s Office for his assistance in the investigation. “Scott helped us with the technology and we’ve been blessed to have this resource.”

After combing through hours and hours of video, Sanders and his team finally found footage identifying the suspect’s vehicle and tag number. Moon said cell phone technology was also “very crucial in the investigation and apprehension.”

Investigators with the BCSO have been working tirelessly since the Dec. 2 shooting, which happened at approximately 4:43 p.m. The road rage incident occurred at mile marker 15 on Ala 75 North in the Remlap area.

Nunley was shot once in the torso resulting in his death. The incident first began in Jefferson County in the area of Clay-Palmerdale Road on Ala 75 North. Nunley and an acquaintance, both driving Dodge pickups, and a gray or silver SUV, possibly an early 2000s Toyota 4-Runner, traveled north into Blount County where they exited the roadway pulling to the shoulder.

The driver of the SUV and Nunley engaged in an altercation on the side of the road near Remlap First Baptist Church. The suspect fired one shot, fatally wounding Nunley.

“To Dakota’s family, I cannot imagine what you have been going through,” Moon said. “We hope this will bring a little peace to you. We hope it will give you a little closure.

“For the last several weeks there have been a lot of late nights, a lot of leads followed. I cannot say enough about Capt. Chambless. He and his team worked so hard on this case and I am so appreciative of him and his leadership.”