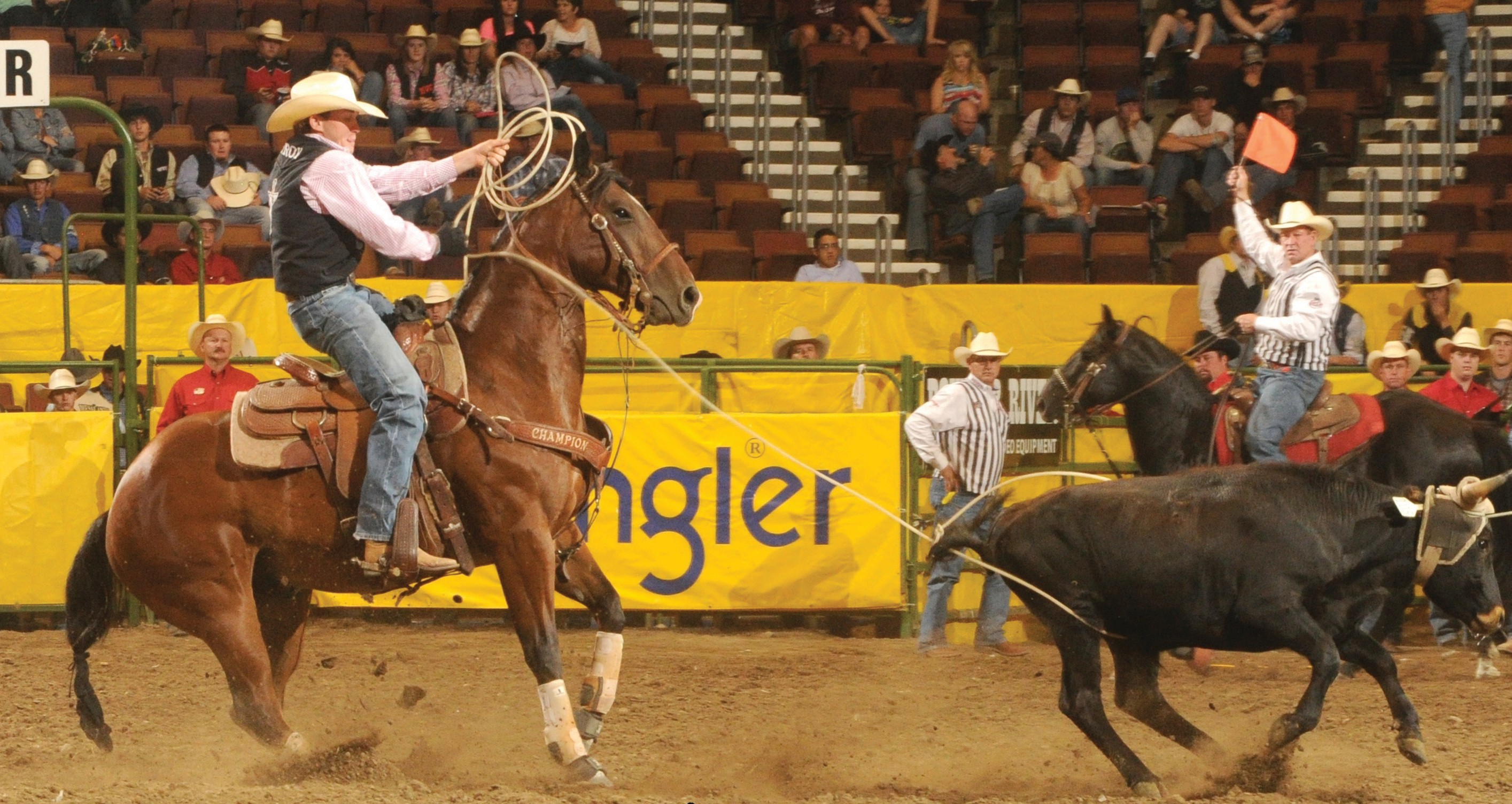 At the end of this month, when the college roping season begins, Zack Mabry will once begin his journey toward Casper, Wyoming, and the College National Finals Rodeo.

Last year, Mabry, a 2009 graduate of Appalachian High School, finished third in the region and 10th in the nation, qualifying him for the finals. Mabry and his roping partner didn’t finish in the top 10, but that isn’t stopping him from working toward that goal this year. Especially since, despite his finish, he was still featured on ESPN when he and his roping partner had the fastest time for one of their performances.

These feats have been a long time coming for Mabry. His interest in roping began when he was only 3 years old, according to his grandfather, Neal Malone.

“Team roping has been Zack’s dream sport since he was 3 years old,” Malone said. “He roped everything from a dog to a cow to a goat to a sheep to my left foot to a grown bucking bull in the road arena.”

The person who not only introduced Mabry to the world of roping but also has served as his mentor is Oneonta native Barry Long.

“While out of school for the summer, Zack helps Barry on his ranch where he raises rodeo and beef cattle as well as sheep and horses,” Malone said. “It is a real Alabama ranch. He has worked there since he was a small boy and has grown up helping train the roping horses.”

Mabry says he participated in other sports while growing up and during high school but roping became his focus.

“It was just something different,” Mabry said. “I grew up with it and even though I played other sports it’s what really stuck with me.”

For two years, Mabry attended Jacksonville State University before he transferred in 2011 to Troy University on a rodeo scholarship as a part of their roping team. Now, he attends Tennessee Martin where he is continuing his roping career.

He currently is majoring in sports management and says he would enjoy a job working in the horse management industry, but still maintains he would love to continue competing in roping.