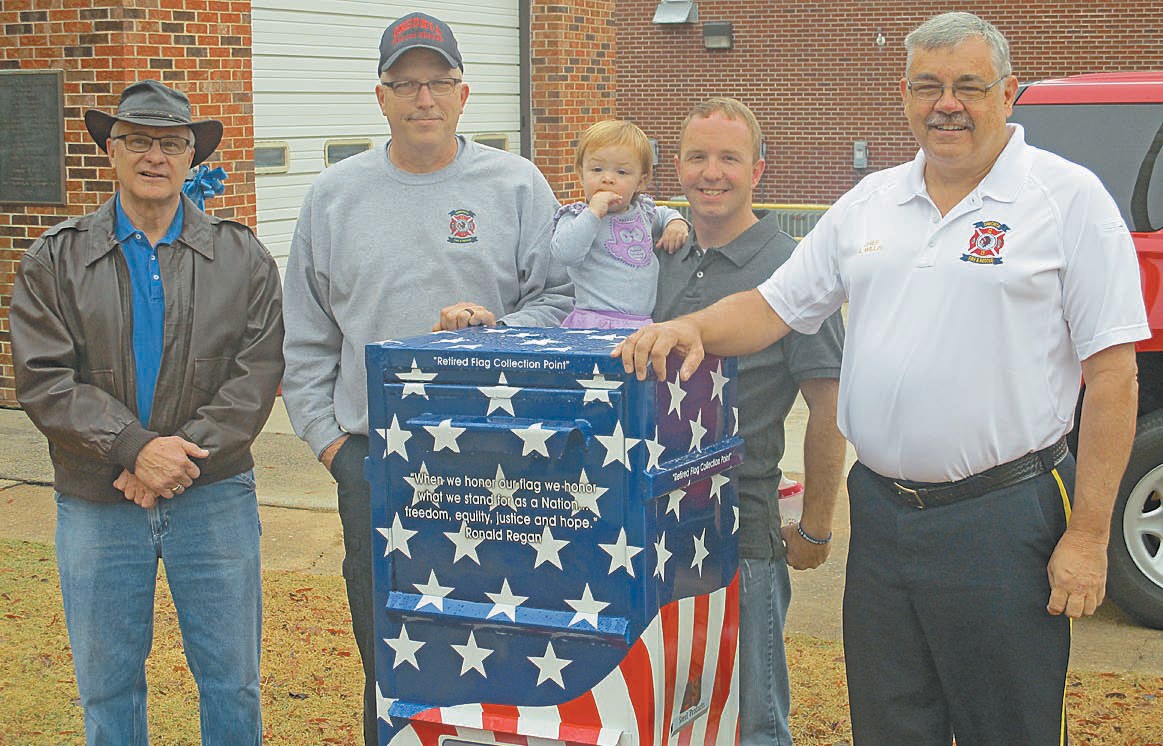 What do you do with your faithful, long-serving American flag after it has outlived its usefulness? Many people don’t know, so they call and ask the traditional depository of flag care and lore, the firefighters at the local fire department. In the past, firefighters at the Oneonta Fire Department could tell them the basic procedure, but it was up to the caller to follow through.

In break room conversations, firefighters Jonathan Ledbetter, Scott Payne, Dalton Teal, and Chief Arthur Willis – along with others who joined the discussion – decided to go a step further. They would create a retired flag collection recepticle for people to use to dispose of American flags whenever their useful life is over. All that is necessary is to deposit the flag in this box with the eye-catching, – and yes, exciting – stars and stripes design. The firefighters will take it from there, disposing of the flag in the officially approved ceremonial method, with all proper reverence, perhaps with the assistance of Boy Scouts, who in the past have handled the duty.

Firefighters said citizens are indebted to Curt and Allen Smith of A & J Steel for building and donating the heavy-duty postal-type box, and to Jack Helvin of Classic Rod and Restoration for the sensational design and paint job – a roughly $4,000 gift to the people of Blount County. The city of Oneonta warmly endorsed the project.

Drive by the fire station and take a look. You can’t miss it, and it’ll warm your heart to boot.