From nuanced to no-nonsense... 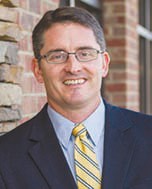 “With a heavy heart but with a firm conviction, I am calling on Gov. Bentley to resign effective immediately. I believe his credibility and ability to work with our Legislature has been jeopardized beyond repair, and will continue to erode as facts and the perceptions of the facts continue to emerge from his indiscretion with Rebekah Mason. I ask that he put the citizens of Alabama and [the] state he loves first, and resign immediately. 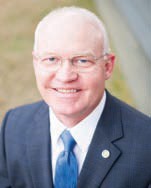 “Republicans often talk about holding our teachers and officials accountable for their actions. I believe as the leader of our state government and as a Republican officeholder that Gov. Bentley should set an example of a leader walking the walk.

“I ask my fellow legislators to join this call for resignation in order that we may move past this distraction and do the job we were elected to do by the citizens of Alabama.”

“I have the honor to represent one of the most conservative areas of our state. In the past two gubernatorial elections my constituents have overwhelmingly supported the Governor… I have had the honor of working with the Governor to benefit my district and my state. 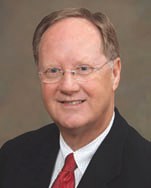 “However, Gov. Bentley has violated the trust placed in him by the people of this great state, myself included. Last week, it came to light that the Governor gave members of his cabinet exorbitant salary increases which dwarf the yearly take-home pay of working Alabama families. Some increases were as much as 81 percent. Yesterday, the public became aware that the Governor has engaged in a relationship that has proven harmful to his family and his Christian witness. By his own admission, his actions have been harmful to the people of this state. He has exhibited an error in judgment, and a blatant disregard and lack of respect for the office which he holds and the people he represents. 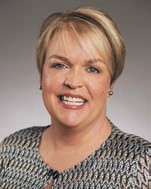 “Therefore, with a great burden on my heart for both our state and those who lead us, today I call on Robert Bentley to step down from his position as Governor of the State of Alabama. By resigning, Dr. Bentley will allow himself and his family the opportunity to heal away from the public eye. Such a selfless action on the Governor’s part will also allow our state to begin the process of healing and to move forward after having lost our faith in his leadership. 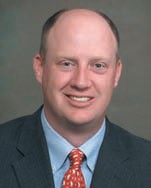 “I wish Gov. Bentley the best and am praying for God’s peace and healing for him and his family.”

“People in my district and news media are asking me about the current situation with Gov. Bentley.

”It is sad for our state. I do NOT condone what I am hearing. However, Gov. Bentley has been good to my district and a friend to me. I will not kick a friend when he is down, but I do have some advice that I will offer in private.

“It is a difficult time in Montgomery right now, but it is important that we as legislators stay focused on doing our job and not get sidetracked with all the drama.”

That concludes Shedd’s formal remarks. However, in a telephone conversation with The Blount Countian, Shedd said said he does have reservations about some decisions Bentley has made since the situation with political adviser Rebekah Mason has come to light. Shedd made the following observation.

“I’ve been saying for some time that he’s getting bad advice. I have been very worried with his $800 million proposal on prisons. There are four red flags associated with it, you know. First is just the idea of borrowing that much money. Second, there are no specific revenue sources available to pay back the debt. Third, it’s a no-bid contract to build the facilities. And fourth, for collateral to secure the financing, he’s using the revenue pledged to veterans’ offices.

“I don’t know exactly where the advice to do this project in this way is coming from, but I don’t think it’s sound. We probably do need to replace women’s facilities completely. But I don’t see the reasoning behind abandoning the entire existing prison system and building all-new facilities.”

“To me there are two issues to consider in regard to the recent revelations about Gov. Bentley’s situation. The first is whether a crime has been committed by any of the parties involved. I think the appropriate agencies are looking into those matters and when their findings are released, there will be an opportunity for those matters, if they do exist, to make their way through our criminal justice system.

“The second issue is more complex, because it deals with the feelings we have about the significance of morality, the rights and wrongs, and acceptable and unacceptable examples of human behavior. I believe, as do many, including Gov. Bentley, that he made bad choices in this circumstance. I’m disappointed and I believe he’s disappointed in himself. With that said, I believe that celebrating the bad times of another human being is wrong.

“While our opinions of this very public breach of who we may have thought these individuals were is disheartening, I think the outcomes should be based on facts. He’s the governor and he is also a human being. I continue to pray for him and all others involved.

“While the Legislature has a role in the fallout from these events that will unfold when we return to session, it is just one of the many important issues before the body. I’m focused on our budgets, failing infrastructure, and prison construction. There are plenty of others who it appears are very centrally focused on this sad situation.”

“The on-going scandal in the governor’s office has shown that Alabamians need a mechanism to remove public officials who bring shame to our state.

“Impeachment can occur only when specific crimes have taken place, but even when wrongdoing doesn’t rise to that level, citizens of Alabama should be able to organize a grassroots movement that ensures a proper punishment for improper actions.

“When Gov. Bentley removed the flags from the Confederate Memorial at the Capitol, his publicly stated reason was that they were a “distraction” from the serious budget issues and other problems facing our state. If flags that flew quietly for decades were considered a distraction that needed to be removed, the Governor’s nationally televised staff romance is proving to be an even larger distraction that should probably be removed, as well.

“That’s why I am currently researching and reviewing the recall statutes in other states around the country and intend to introduce legislation that gives Alabamians the ability to force their leaders from office when necessary.

“My bill will have petition requirements and other standards that can be reasonably met, but they will be tough enough to ensure that the recall and referendum power is used rarely and only in the most extreme and necessary situations.”