Representative Bachus speaks of past and possibly future service 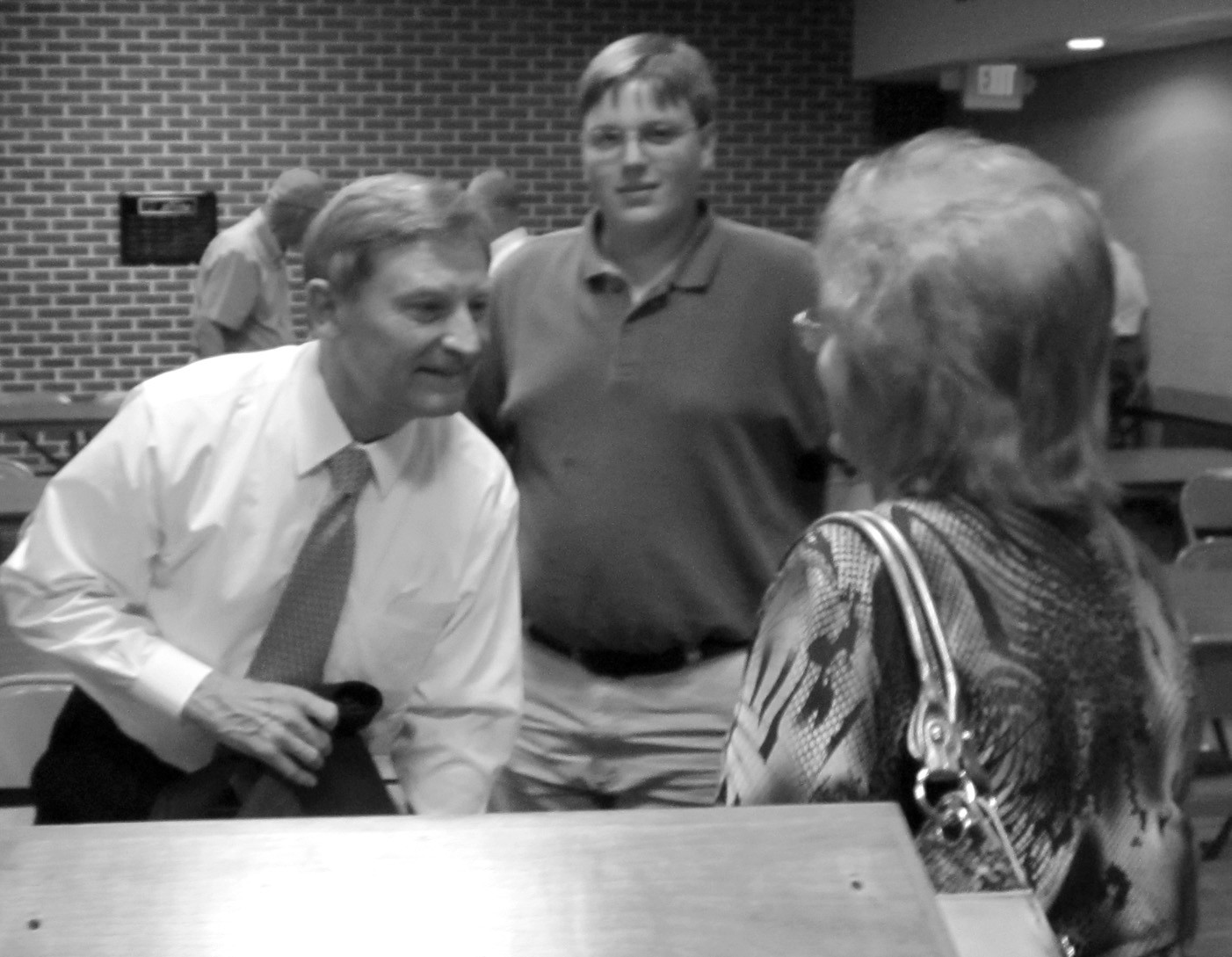 Addressing the Blount County Republican Party, Sixth District United States Congressman Spencer Bachus began by reviewing the development of his political consciousness and his first decision to seek political office. He later related stories touching on his conclusion to align with the Republican Party, citing historic events during the Great Depression and beyond.

Confessing an awkwardness, Bachus noted that some consider his and Fourth District Congressman Robert Aderholt’s speeches outside their present districts a bit hasty. The legislature has redrawn Aderholt’s and Bachus’s districts transferring portions of each to the other. Most of Blount County will move to the new Sixth for the 2012 election while portions of Tuscaloosa County previously in Bachus’s old Sixth District will shift to the Fourth. Evidently nervous about assuming too much, Bachus speaks cautiously about serving Blount after the next election.

County party chair Judge John Dobson posed a couple of questions at the conclusion of Bachus’s address. The judge asked about the debt-ceiling and budget-battle fight concluded earlier in the month. Bachus indicated he could not imagine wanting less in his 19 years in Washington to come home than after his vote for the congressional and Presidential compromise. He presented his vote as one between no good options.

Bachus viewed the possibility of a debt default as disastrous for the country. He said he doubts the adopted plan will save its purported $27 billion. On the other hand, he believes default would have cost the nation $1 billion a day in increased interest charges. Contrary to the view of some others, the congressman also noted his belief that military and Social Security payments would not have been assured should a default have occurred.

The congressman says the committee of 12 created by the compromise will never agree on cuts, thus bringing about the mandatory reductions it sets out. He said Congress could have passed an agreement on Thursday, but some Republicans had made pledges not to support certain provisions. The Sunday bill gained Democrat support and, in Bachus’s opinion, was a poorer bill than the Thursday proposal. He said he feared a longer delay would have led to a still worse bill.

He endorsed the Standard and Poors statement made when that rating agency reduced US credit. The S&P said that the United States lacks the political will to solve the financial problems of the country.

When quizzed on the so-called northern beltline to connect with I- 459, Bachus said that an environmental lawsuit is the only remaining barrier to the highway. He says a stream of money is now dedicated to provide its construction. He also alleges that the beltline will actually help the environment.

Allgood resident D. F. Payne announced a meeting seeking to save the Allgood post office. Bachus explained that congress now has little control over the question of closing or saving local post offices. He said that he might have been able to save a couple or more post offices from closing in his nearly two decades in congress.