Remembrance of Christmas past 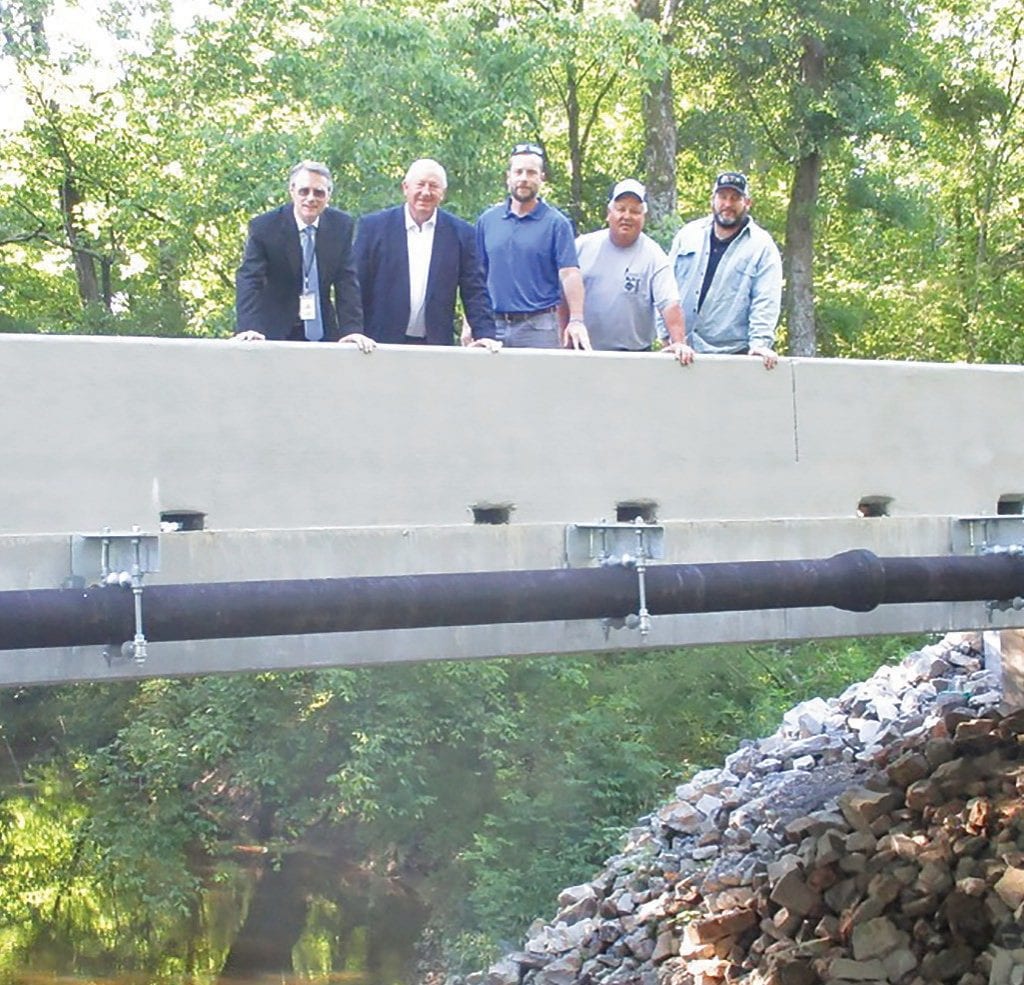 glad to no longer have to make the 2.8-mile detour from his residence on one side to his hayfield on the other side of Big Mud Creek. -Ron Gholson

It’s Tuesday, May 14, 2019. Miller Road Bridge reopened today, having been so damaged in the historic flood of Christmas night, 2015, that it had to be replaced. The five men at right commemorate the reopening of the bridge that may be the last recovery event of that night. From left are Probate Judge Chris Green, District 2 Commissioner Mike Painter, county engineer Dustin Stewart, Tim Murphree, project superintendent for bridge contractor Bob Smith Construction, and Brad Holland, Blount County engineering department bridge inspector.

Five county bridges were still closed awaiting repairs or replacement on New Year’s Eve 2015. At least one bridge is still out from that flood and will not be replaced. Bridges and culverts all over the county were washed out or damaged that night, as were uncounted private driveway branch crossings. But Miller Road Bridge, located about three miles north of Snead, is back in service after more than three years of negotiations with the Federal Emergency Management Agency (FEMA) over details of the reimbursement agreement involving complications well beyond the usual.

The 60-foot-long, pre-cast, box-beam bridge was completed at a cost of $550,000, well under the project estimate, according to Stewart. How does that even happen nowdays? The Blount Countian asked him. “Saving money all along the way,” he said. “On excavation, on rip-rap, not using excess concrete, having a good crew and a good contractor who’ll work with you every step of the way,” he said.

“Now we’ve got a good two-lane bridge, with a bad one-lane road leading to it,” said local resident Parker Miller, who was nevertheless