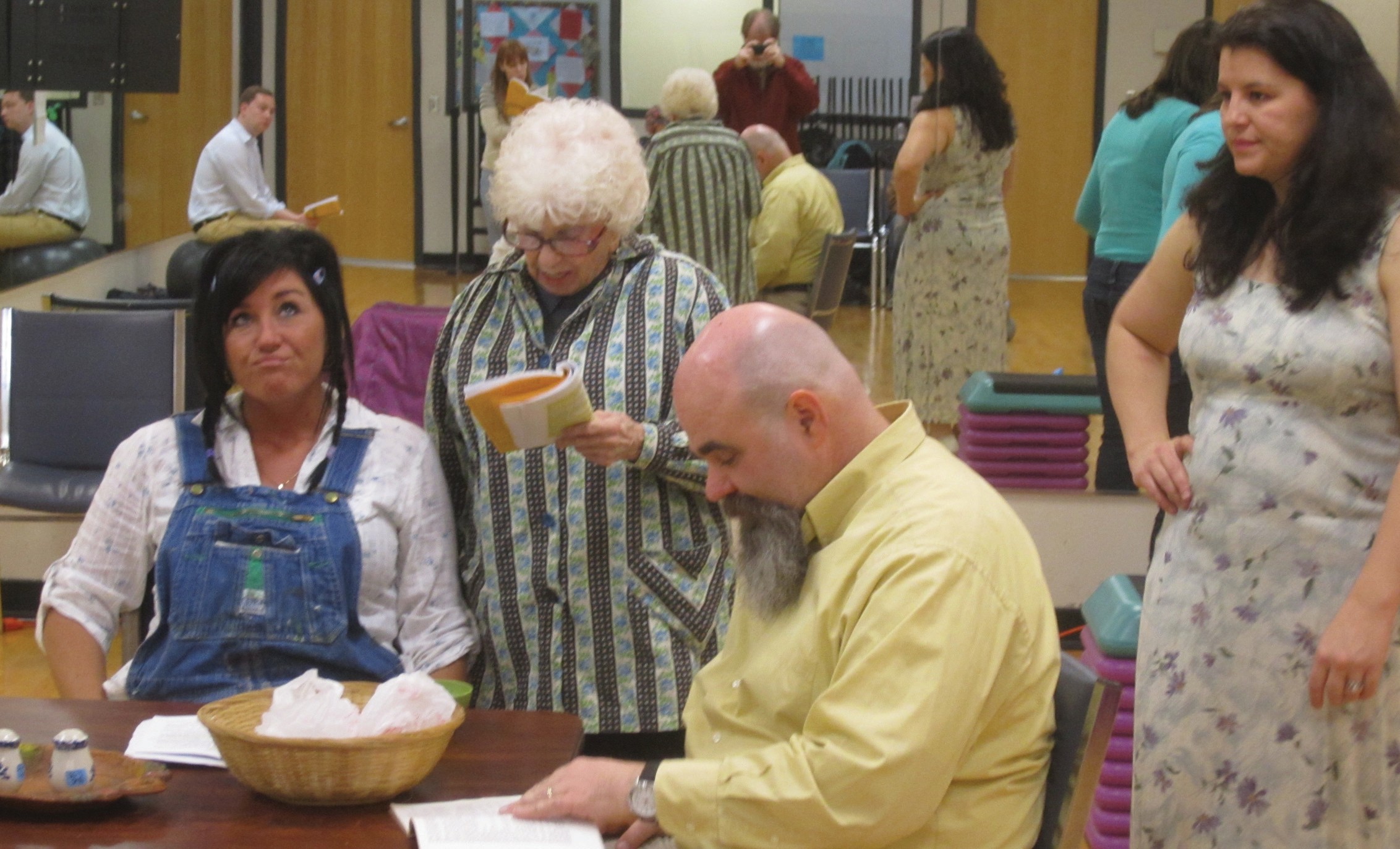 From left, Patricia Williams, Pat Farrell, Ashley Allen, and Mindy Wester Egan rehearse a scene from “The Foreigner” in preparation for performances in two weeks.

Rehearsals are in progress for a dinner theater production of “The Foreigner”at Charlie B’s Restaurant on three evenings, March 21-23. The play, by playwright Larry Shue, directed by Carron Clem, is a classic of American comedy. It is a two-act play set at a fishing lodge in rural Georgia.

“I’ve worked with community theater for 30 years,” said stage manager Donna Drake, “and this play is my favorite, hands down. It’s well-written and very funny.”

The main character is Charlie Baker (Ashley Allen), a visiting Englishman, who portrays a foreigner who, due to some early plot hijinks, supposedly can’t understand a word of English. Charlie plays the hand he is dealt and finds himself privy to assorted southern secrets and scandals discussed in front of him by other guests: Catherine Sims (Mindy Wester Egan), a spoiled heiress and the man to whom she is reluctantly engaged; Ellie Sims (Patricia Williams), a slightly “slow” girl who tries to teach Charlie to speak English; and a county property inspector conspiring to oust elderly lodge owner Betty Meeks (Pat Farrell) and convert the lodge itself to a Ku Klux Klan headquarters. Comedy happens as these threads weave their way through the play.

The dinner theater is thought to be the first production of its kind in Oneonta, but it won’t be the last. The Friends of the Oneonta Public Library, the group sponsoring the show, are referring to it as the “first annual” dinner theater, said Drake, who is also vice president of the organization. Proceeds from the show will benefit the library’s summer reading program.

Show-goers will have a choice of two menu offerings: prime rib or chicken cordon bleu. Customers make menu choices when buying their tickets. Tickets for the 6:30 p.m. shows are $40 apiece and are available at the library, at Charlie B’s, or from a Friends of the Oneonta Public Library member.