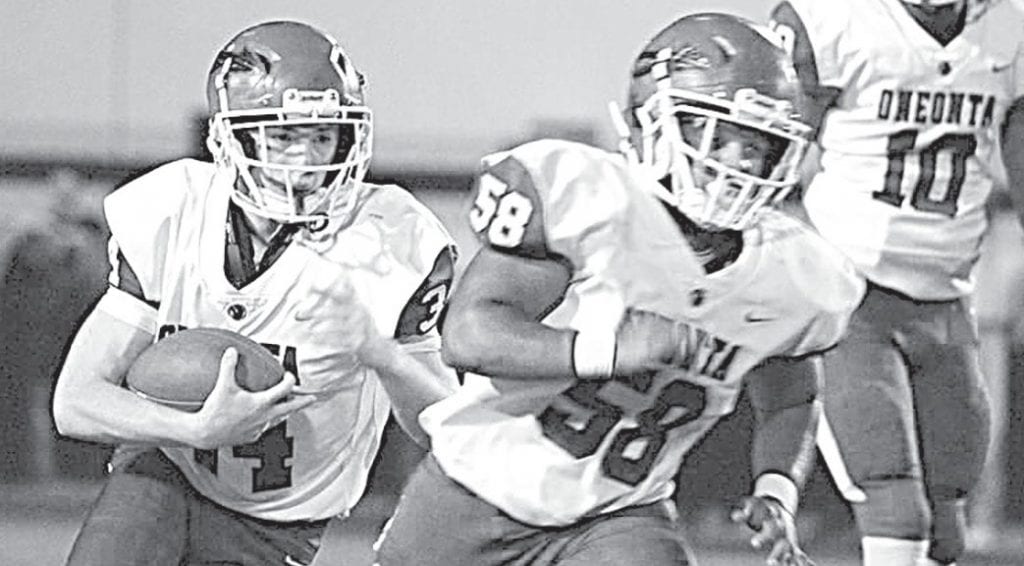 Oneonta went on the road to Cherokee County and came away with a convincing 27-9 victory.

Offensively, Oneonta put up 318 total yards. Taveris Hill piloted the offense, completing 10 of 16 passes for 139 yards and two touchdowns. Hill, who has established himself as a true dual-threat quarterback, also had 105 yards rushing with two touchdowns. Jaden Kent hauled in two catches for 70 yards with a touchdown and Brandon Howard had 51 yards receiving with one touchdown.

The Redskins improve to 5-1 overall and hope to improve their 3-1 region record this Friday during their last regular season home game when they host Jacksonville (7-0).