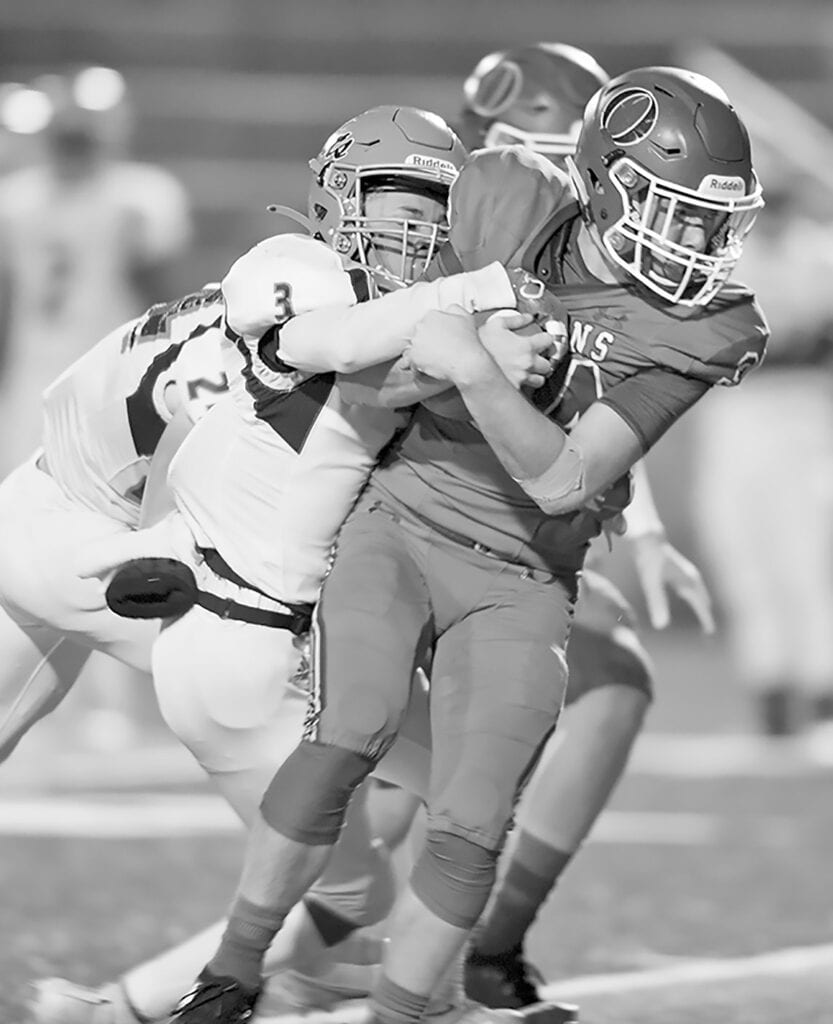 Collin Moon protects the ball as he escapes a Fultondale defender. -www.southernexposurephotos.com

The Oneonta Redskins won their sixth game in a row and claimed third place in Class 4A Region 6 with a sound 49-21 victory over the Fultondale Wildcats.

After uneventful starts for both teams, Oneonta got on the board first. Set up by a Damarian “Fluff” Bothwell interception in Fultondale territory, Oneonta drove 20 yards in two plays scoring on a 9-yard TD pass from Connor Faust to Luke Hodge at the 7:53 mark. Angel Marquez’s PAT was good to put the Redskins up 7-0. Oneonta forced a punt on Fultondale’s next drive and turned their subsequent possession into more points. Collin Moon and Jexton Johnson combined to drive 54 yards on four plays. Moon scored the touchdown from 37 yards out with 4:50 on the clock. Marquez’s PAT made it 14-0. Fultondale put together a great 60-yard, seven play drive to score on a 30-yard pass. The PAT was good to make it 14-7 with 2:57 left to play in the quarter. After exchanging punts, Oneonta ended the first quarter on Fultondale real estate. 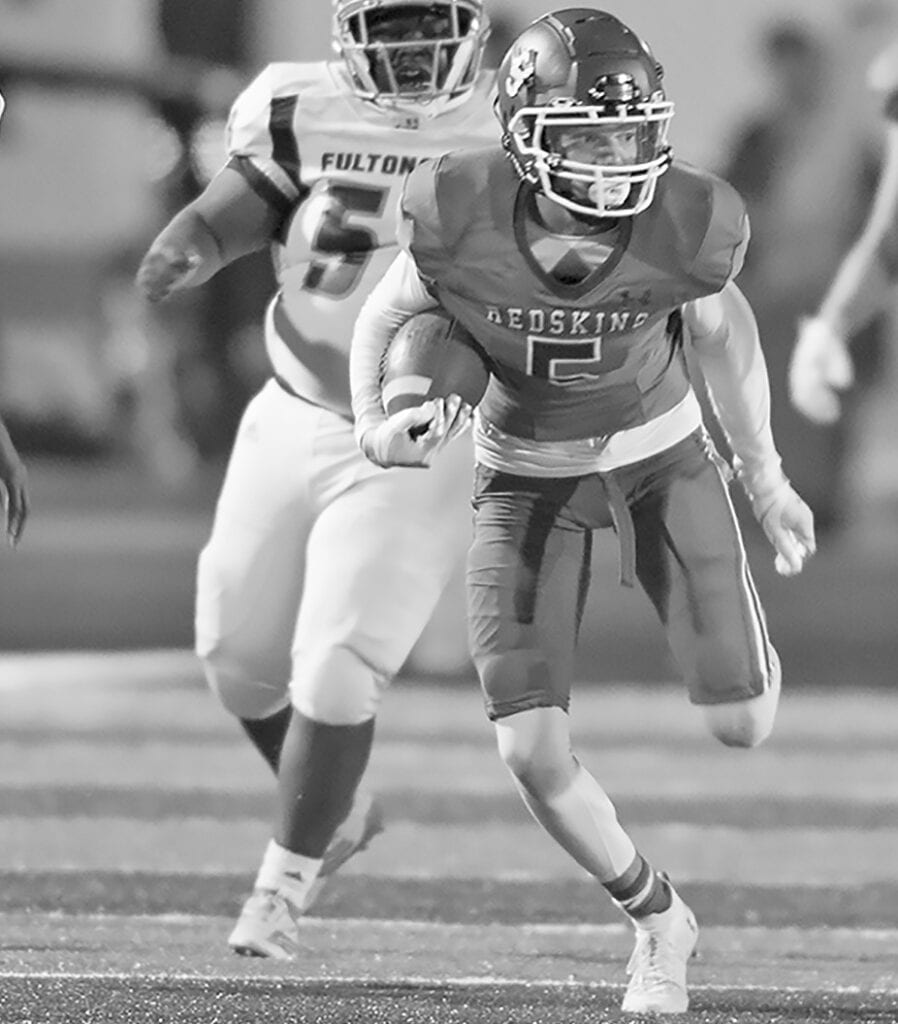 The Redskins wasted no time, scoring on the second snap of the second quarter on a 19-yard Moon run. Marquez’s PAT extended their lead to 21-7. Fultondale made it to the 8-yard line and used almost four minutes on their next possession, but penalties pushed them back to the 36 where they turned the ball over on downs. An Oneonta fumble recovered by Fultondale, followed by a Fultondale pass intercepted by Johnson, set Oneonta up for their next scoring drive. The Redskins covered 52 yards on eight plays capped by another Moon TD from 11 yards. Marquez’s PAT made it 28-7 with 2:44 left in the half. Fultondale managed their only other points of the half on a nine-play, 53-yard drive capped by a 6-yard touchdown pass with 0:25 left to play. The PAT made it 28-14 and the Redskins let the clock run out and headed to the locker room.

Oneonta opened the second half with a five-play, 46-yard drive capped by Moon’s 7-yard TD romp at the 9:54 mark. Marquez’s PAT put the Redskins up 35-14. Fultondale couldn’t get their offense together. Moon scored again from 1 yard with 6:28 left in the quarter. Marquez hit the PAT to extend the lead to 42-14. Oneonta ended the quarter deep in Fultondale territory.

Riley McGill scored from 3 yards out on the second snap of the fourth quarter. Marquez’s PAT made it 49-14 with 11:40 left to play. Fultondale put together one more scoring drive, finding the end zone on a 7-yard run with 5:53 left in the game. A successful PAT closed the gap to 49-21, but it was too little too late and the Redskins claimed their fourth region victory.

Oneonta improves to 6-1 (4-1) and travels to Good Hope Thursday. The Raiders, who won by forfeit against Dora last week, are 8-1 overall (4-1 region) and ranked second in Class 4A Region 6.