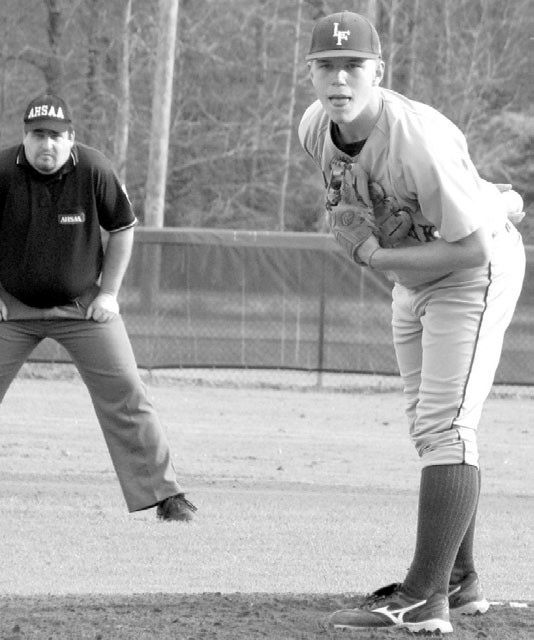 Locust Fork’s Jon Curtis (along with the umpire) looks in for a sign.

The showdown for supremacy in 4A Area 10 Monday started off rough for the host Oneonta Redskins.

Locust Fork pushed three runs across the plate in the top of the first with three hits and a costly Redskin throwing error.

The Redskins answered with three in the bottom half of the inning and the tone was set.

Oneonta scored three more in the second to lead 6-3 and the Hornets cut it to 6-4 with a single run in the top of the third.

The Hornets got a run back in the top of the third to trail 6-4 but the Redskins scored two more in the bottom half to lead 8-4. Two more runs from the Hornets in the fourth pulled the visitors with two at 8-6 but it proved to be a last gasp. 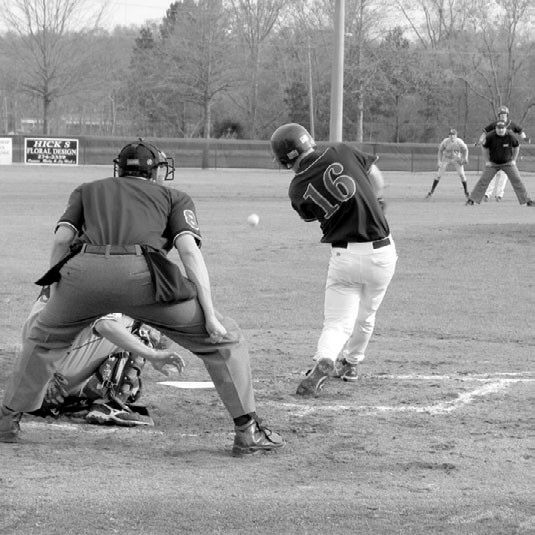 Oneonta got back-to-back solo homers from Matt Hellums and Jake Thomas in the bottom of the fourth to take a 10-6 lead and then put five runs on the board in the fifth inning to grab a 15-6 lead.


The Redskins ended the game in the sixth when Zack Whited singled, went to third on a wild pitch, and scored on a groundout by Cory Glasscock.

Jon Curtis took the loss for Locust Fork. He allowed six runs on seven hits with two walks and two strikeouts in two innings. Jeremiah Dooley, Jake Totten, and Blayke Robinette finished up on the mound for the Hornets (11- 8, 2-2 in 4A Area 10).

Hellums (4-2) got the win for the Redskins by going the distance and surrendering six runs on nine hits with nine strikeouts and three walks.

The teams were set to play the second game of the series yesterday (Tuesday, weather permitting) at Locust Fork with a third game to follow if Locust Fork won. Monday, March 23 at Vinemont Vinemont 6, J.B. Pennington 2

The Eagles jumped out to a 4-0 lead after three innings and the score stayed that way until the sixth.

Pennington got a single run in each of the last two innings but it wasn’t enough as Vinemont won the 3A Area 12 opener for both teams.

Locust Fork trailed 2-0 after the first inning but rallied to tie the game in the third on a two-RBI double off the bat of Daniel Rotenberry.

However, the Bulldogs forced a decisive game three with a four-run fourth inning.

Neither team was able to get anything going offensively through the first two innings. That all changed in the third as Locust Fork exploded for seven runs and then added two more in each of the next three innings to send the Bulldogs packing.

Austin Burgett, who leads the team with three saves, picked up the win to improve to 1-2 on the year. at Blountsville J.B. Pennington 4, Vinemont 3

The Tigers evened up the series and forced a deciding third game when James Glass singled in Derik Vanmaanen with the winning run in the bottom of the seventh inning.

The game was tied 6-6 after Lee Morton ripped a tworun double in the second but the Eagles went on to take the series by outscoring the Tigers 8-1 over the final five innings.