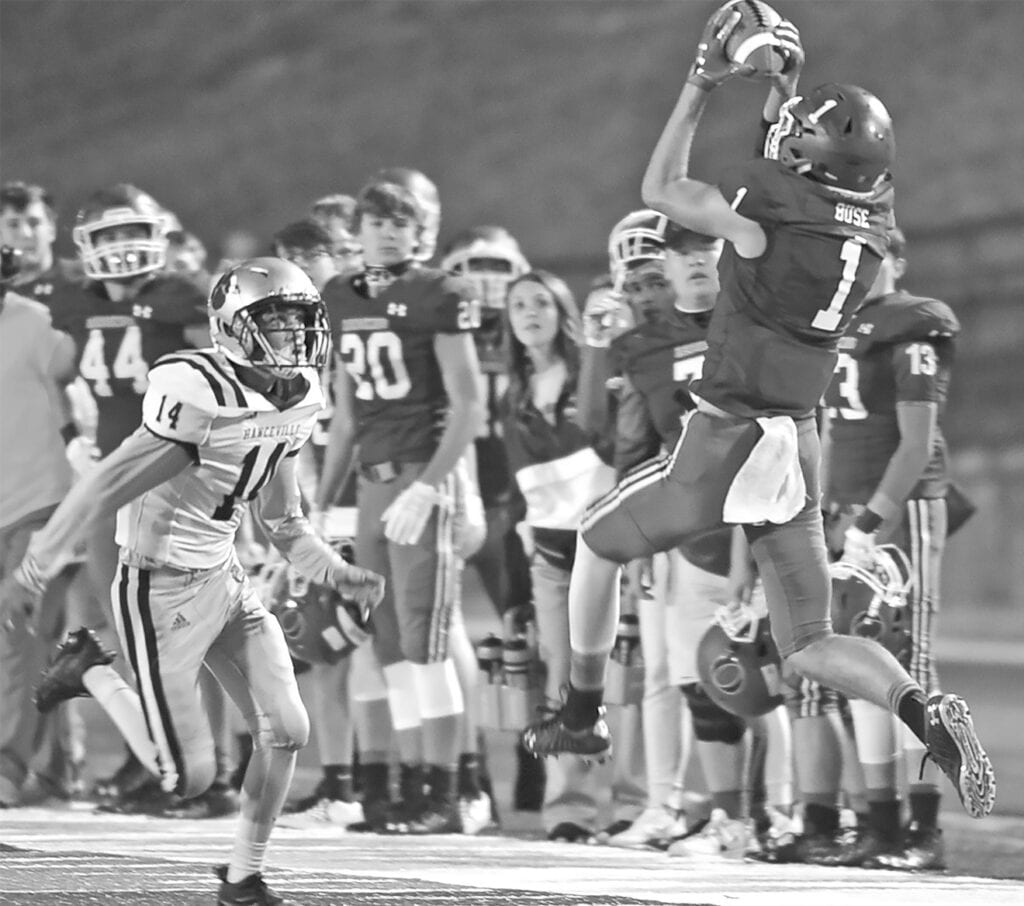 Eli Buse hauls in one of his three receptions against Hanceville. -www.southernexposurephotos.com

Coach Phil Phillips was able to give most of his players time on the field as the Redskins handed the Hanceville Bulldogs a 56-24 thrashing Friday night.

After trading punts for the majority of the first quarter, Oneonta put the first points on the board with 3:36 on the clock. Connor Faust’s pass to Eli Buse and Angel Marquez’s PAT made it 7-0. Oneonta ended the quarter in Hanceville territory.

Continuing their drive to the 10-yard line, Riley McGill missed a fourth down field goal. Hanceville’s offense was unable to move the ball, and punted. Oneonta took advantage and drove 48 yards in three plays. Damarion “Fluff” Bothwell took it in from 3 yards for the touchdown. Marquez tacked on the extra point making it 14-0 with 7:42 left in the half. Oneonta scored again on a 9-yard run by Collin Moon with 4:40 on the clock. Marquez’s PAT made it 21-0. Moon added another TD from 5 yards at the 1:50 mark. Marquez nailed the PAT making it 28-0. The Bulldogs attempted a field goal with 0:42 left, but were unable to overcome the goose egg before halftime. 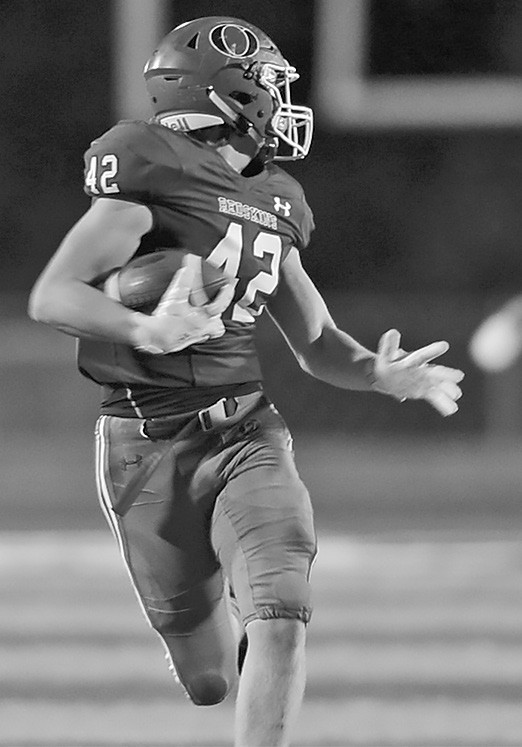 Beau Ragsdale had open field, but got tripped up when he looked back. His 21-yard reception set the Redskins up for a TD on the next snap. -www.southernexposurephotos.com

Oneonta opened the third quarter with another Faust to Buse connection at the 10:30 mark. Marquez added the point to widen the gap to 35-0. Hanceville caught a break on their opening possession of the quarter. After forcing a punt, the Redskins fumbled and Hanceville recovered on their own 26-yard line. Hanceville QB Bo Joles found Zachery Campbell on fourth-and-long and the Bulldogs were on the board with 6:45 on the clock. A successful two-point conversion made it 35-8. Oneonta answered on their next possession driving 61 yards on seven plays. Bothwell took it in from 7 yards with 2:57 left in the quarter. Marquez’s PAT made it 42-8. Oneonta again ended the quarter on Hanceville real estate.

Just five seconds into the final quarter, Riley McGill took it in from 13 yards. Marquez booted the extra point making it 49-8. Hanceville drove the ensuing kickoff 67 yards capping the drive with a 21-yard touchdown pass from Joles to Trevor Shadden. Another good two-point conversion made it 49-16 with 7:45 left to play. Oneonta was not done. Moon returned the ensuing kickoff 71 yards to the end zone. Marquez, who went 8-for-8, made it 56-16 with 6:47 left. The Bulldogs capitalized on a pooch kickoff with a beautiful 43-yard pass on their first snap. A QB keeper from 10 yards put six more on the board for Hanceville. Another successful two-point conversion made it 56-24 with 2:53 left. Oneonta ran out the clock for the victory. 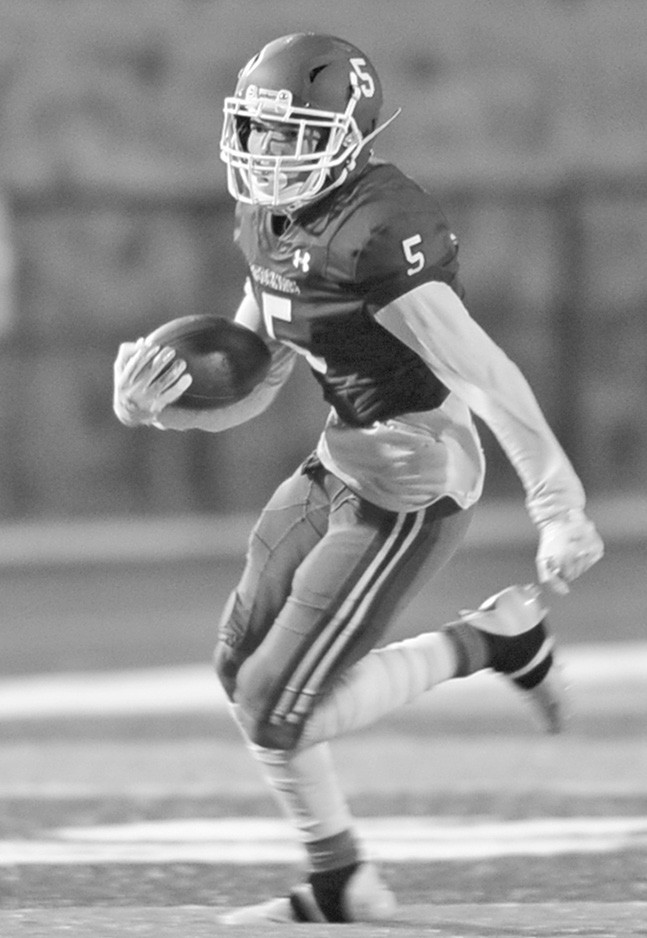 Jexton Johnson had two carries and one reception for 30 yards against Hanceville. -www.southernexposurephotos.com

Defensively Luke Hodge led the charge with 15 tackles (four for loss). Ragsdale contributed eight tackles (one for loss) and a sack. Wil Robertson, Cameron Daily (one for loss), and Moon followed with six each. Daily also had a sack.