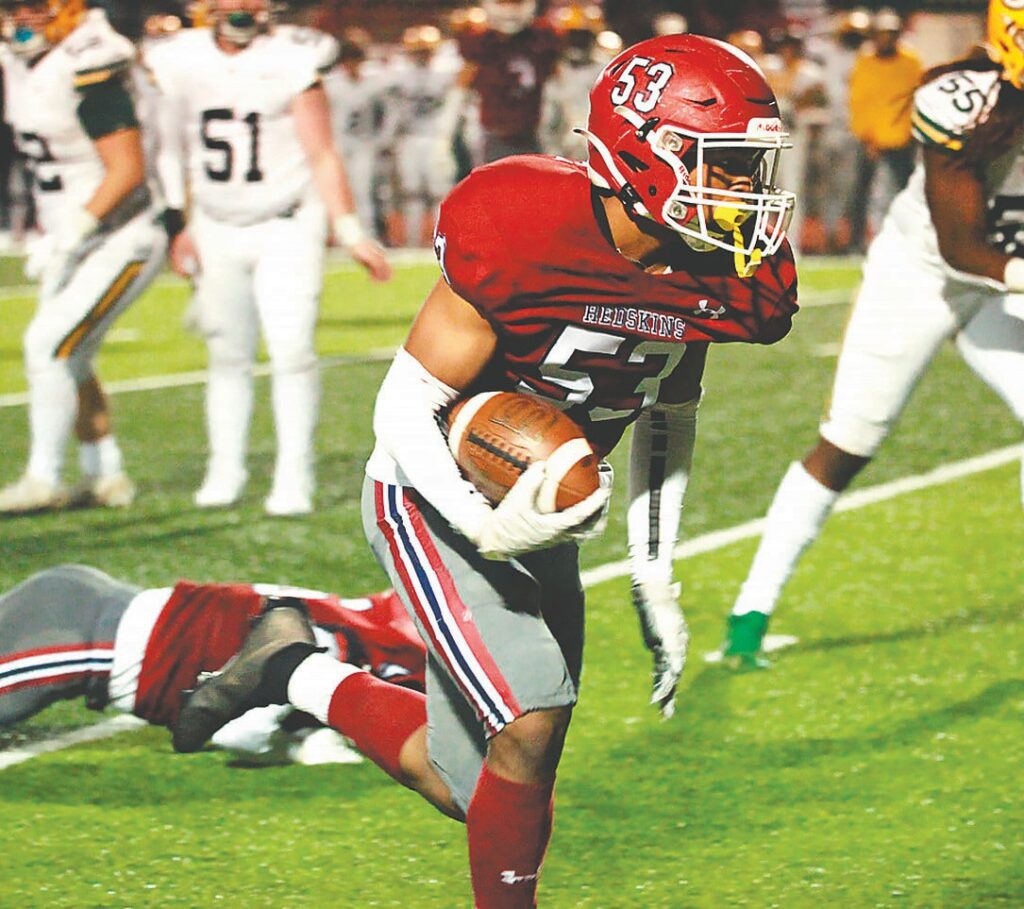 Last season, the Gordo Green Wave rolled into Gilbreath Stadium and ended the Redskins’ season. It was Oneonta’s turn to send the Green Wave packing this season as the Redskins came away with a 36-26 victory to move on to Round 3.

Oneonta’s defense forced Gordo to become a passing team, effectively shutting down the Green Wave running game and holding them to -37 yards. While Gordo gained 278 yards through the air, they also threw four interceptions. The Redskin offense finished with 336 yards, 272 came on the ground.

The Redskins forced a three-and-out on Gordo’s opening drive setting up a punt deep in their own red zone. Kobe Harper got through the line to block the punt and recovered it in the end zone to put Oneonta on top 7-0 after Angel Marquez nailed the kick. On the next series, Gordo drove the ball down the field before running it in from the 1-yard line to make it a 6-7 game. Gordo took the lead in the second quarter scoring on a 31-yard passing play to make it 12-7 at the half. 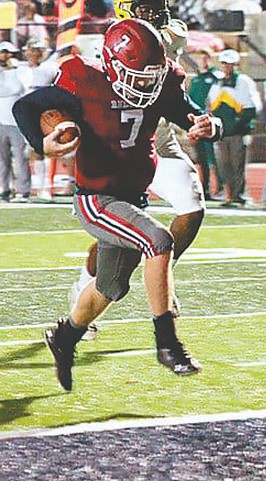 In the third quarter, the Redskins scored three unanswered touchdowns to take the lead. Oneonta’s defense gave the offense another boost when Cameron Dailey intercepted a pass and ran it back 25 yards for the score. Jexton Johnson caught Braden Moore’s pass to complete the two-point play, giving the Redskins a 15-12 lead. Moore scored Oneonta’s next two TDs. The first was on an 86-yard run and the second a 17-yard run. Marquez hit both extra points to put Oneonta up 29-12.

Gordo scored the next two touchdowns to make it a 26-29 game in the fourth quarter, but they couldn’t keep the Redskins out of the end zone. With 3:29 left in the game, Damarian Bothwell ran it in from the 21 and Marquez made the kick to put Oneonta up by 10. The defense did the rest and Oneonta moves on with a 36-26 win.

Oneonta’s defense was led by Luke Hodge and Harper with 11 tackles each. Harper added two blocked punts and a touchdown while Hodge finished with one sack and three TFL. Dailey finished with 10 tackles, two sacks, two TFL, and a pick six. Bothwell had nine tackles, two sacks, two TFL, and an interception; Wil Robertson had eight tackles; Andrew Beck had seven tackles, one sack, and three TFL; and Jexton Johnson had seven tackles and one interception. Davin Young had the other interception.

Luke Hodge closes in for a sack. -Linc Marcum

Moore was Oneonta’s leading rusher with 153 yards on 18 carries, scoring twice. He completed 6-of-15 for another 64 yards. Collin Moon rushed for 63 yards on 17 carries while Bothwell ran for 56 yards and one TD on 10 carries. Moon was Moore’s leading receiver with 26 yards on two receptions.

Oneonta advances to the quarterfinals for the first time since 2018. This Friday they travel to Killen to face 12-0 Brooks High School who beat Randolph 42-21 last week. The Redskins have scored 417 points this season while Brooks has posted 418. Oneonta’s defense has given up 183 points compared to 191 given up by the Brooks defense. In 2018, Oneonta and Brooks met in the second round of the playoffs. The Redskins’ were the visiting team that year and came home with a 43-34 victory. 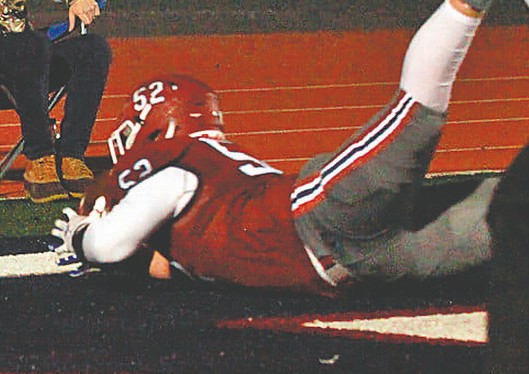