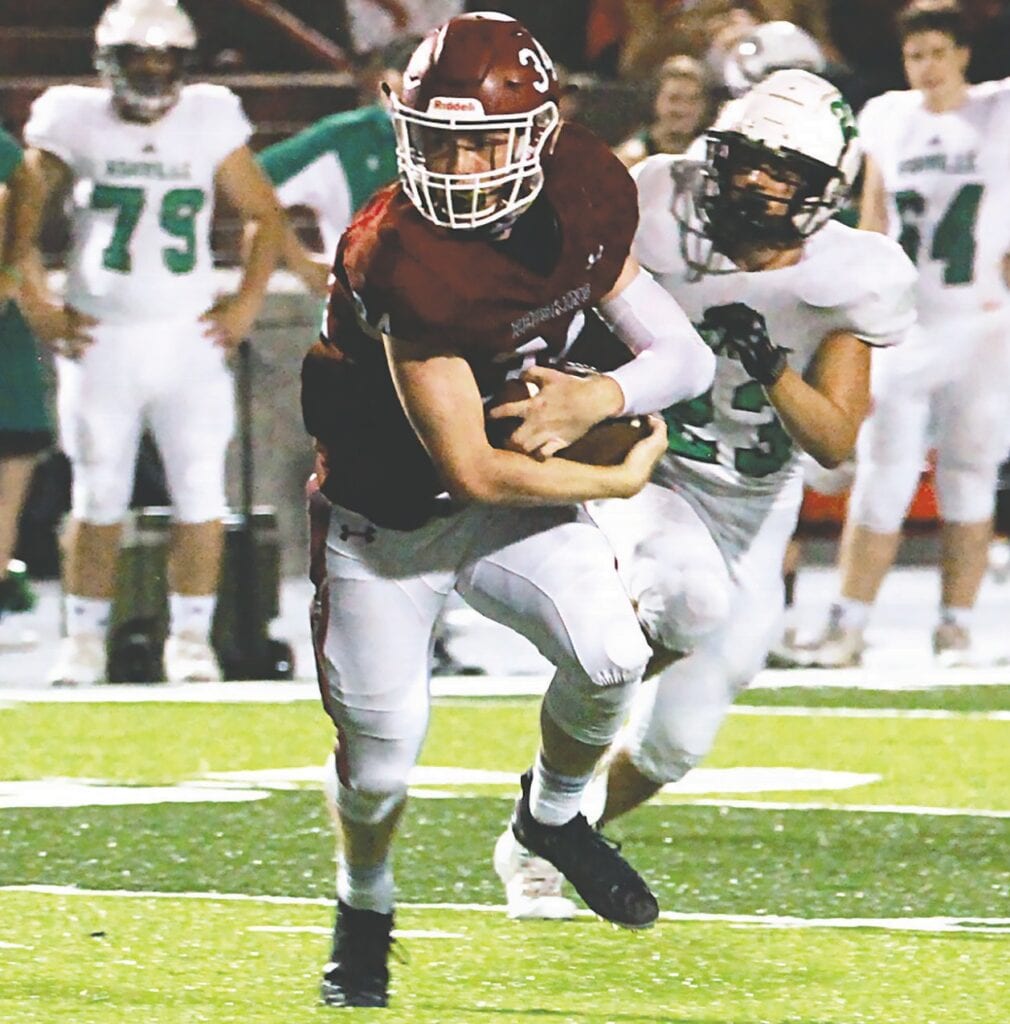 Collin Moon led the Oneonta offense with 159 yards on 16 carries. He scored one touchdown. -LInc Marcum

The Oneonta Redskins handed the Ashville Bulldogs a goose egg in their home opener.

The Redskin defense dominated the first quarter never allowing Ashville past midfield. A four-play Redskin drive into the red zone was halted as time expired in the first.

Continuing the drive to begin the second quarter, an incomplete third-down pass in the end zone brought out the field goal team. Riley McGill’s kick was good to put the Redskins on the board 3-0. Wil Robertson recovered an Ashville fumble during the ensuing kickoff. The Bulldogs held the Redskins’ offense to a fourth down punt, but Oneonta caught a break. Ashville fumbled the punt and Oneonta recovered on the 22 yard line. A first down facemask penalty advanced the Skins to the 13. Connor Faust found Beau Ragsdale in the end zone for the TD. PAT was good to extend Oneonta’s lead 10-0 with 8:08 left in the half. Ashville still could not produce on offense, punting on their next possession. Oneonta mounted a good drive gaining two first downs but couldn’t recover from a bad snap and had to punt. McGill intercepted the Bulldogs’ third down pass. Faust threw an interception on Oneonta’s next snap. Oneonta batted Ashville’s second down pass, leading to an interception by Ragsdale who returned it to the Bulldog’s 42 yard line. Oneonta was unable to capitalize, attempting a field goal with 0:03 left. The half ended 10-0. 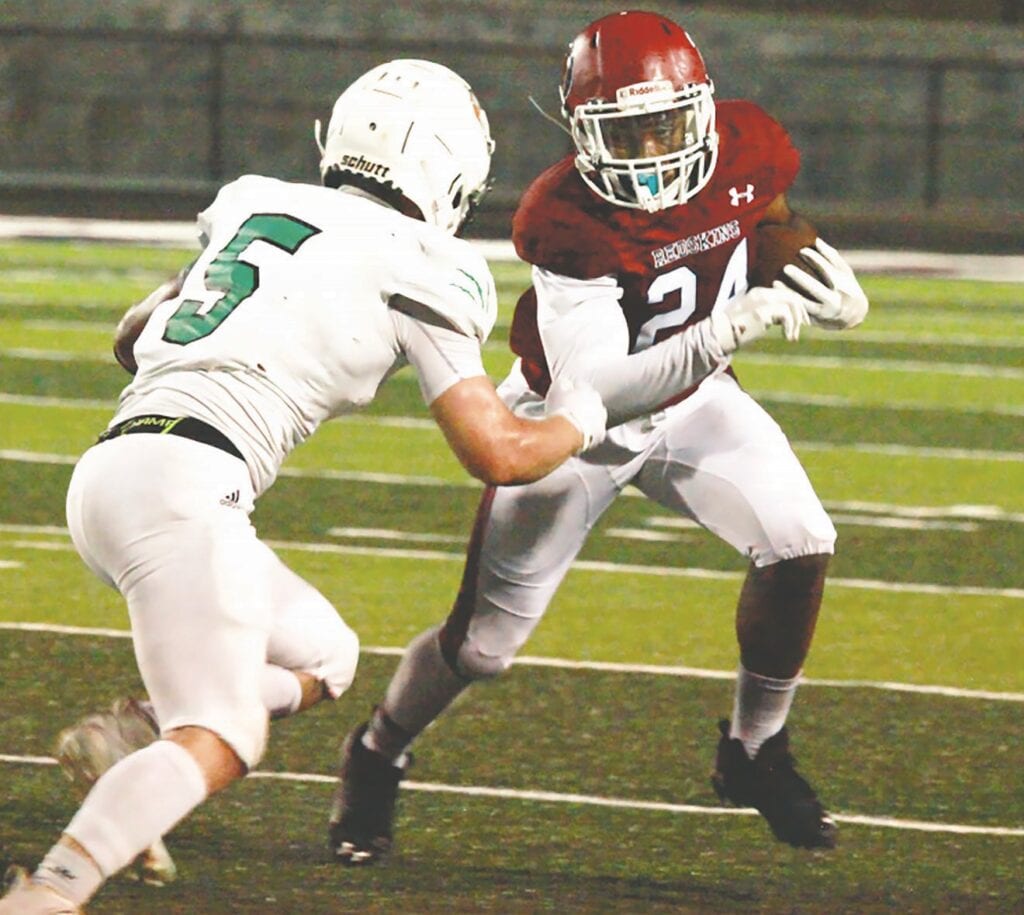 The Redskins started the second half in grand fashion. After returning the kickoff to their own 42 and making three first downs, Collin Moon put another TD on the board on a 13-yard run with 9:28 on the clock. The PAT made it 17-0. Oneonta struck again with just 0:09 left in the third quarter. Faust connected with Eli Buse after a nine-play, 73-yard drive. The PAT was blocked giving the Redskins a 23-0 lead.

Ashville opened the fourth quarter with their most impressive drive of the game, but were unable to score as the Redskins blocked a field goal attempt. Neither team could muster more on offense and the Redskins claimed the 23-0 shut out. 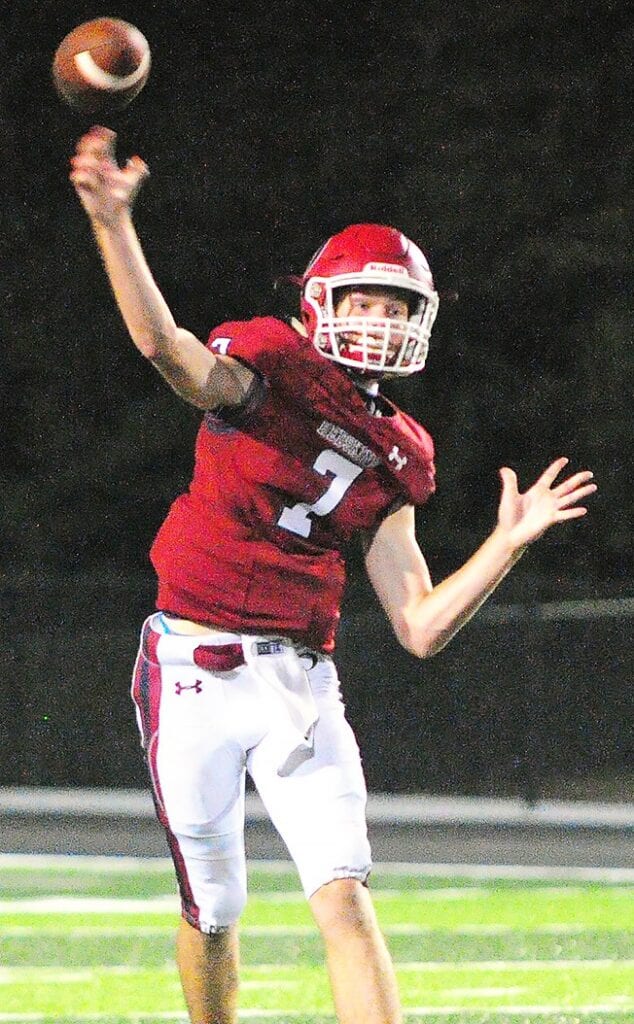 Oneonta gained 370 total yards to Ashville’s 143. Moon was the leading rusher going 159 yards on 16 carries with one touchdown. Damarian Bothwell had 48 yards on nine carries. Faust completed 18-of-31 for 207 yards for two touchdowns and two interceptions. Leading receiver was McGill who caught seven passes for 69 yards. 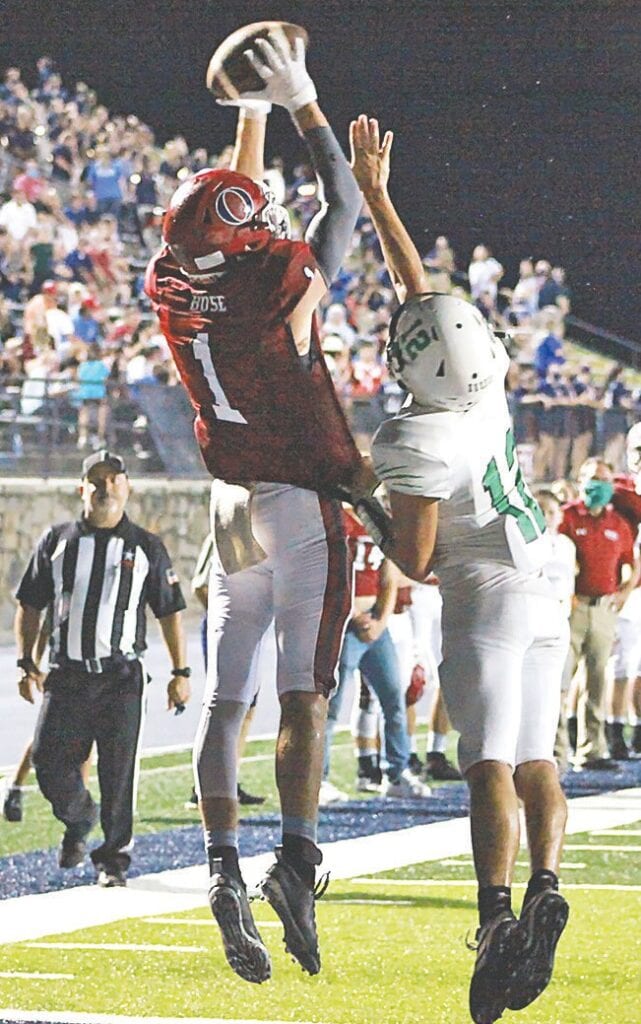