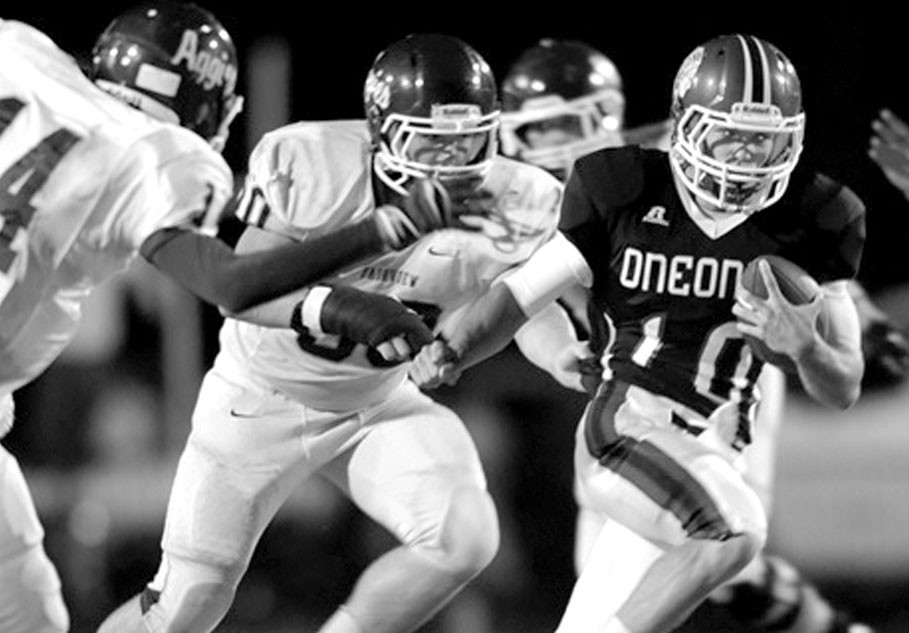 Oneonta quarterback Ko Powell runs away from the Fairview defense.

With a big homecoming crowd looking on, the Oneonta Redskins piled up 339 rushing yards in a 63-19 victory over Fairview last Friday night.

In the first half, the Redskins got a 25-yard touchdown pass from Ko Powell to Keaton Jones, scoring runs of 2 and 33 yards from Avery Reid, a 50-yard run touchdown run from Powell, and three touchdowns from Terrell McDaniel – runs of 20 and 76 yards and a 65-yard punt return.

The Redskins got touchdowns in the second half on a 1-yard run by Jones and an 82-yard kickoff return by Rashad Roberson.

Ethan Boyd led the Redskin defense with 11 tackles, while Thomas Boyd had eight tackles. Each had a sack. McDaniel had an interception.