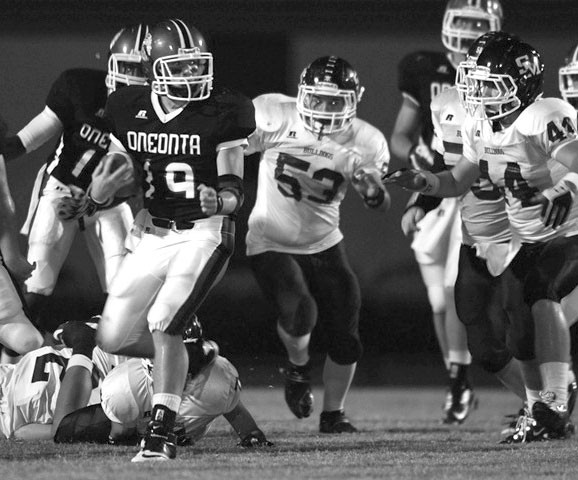 The Oneonta Redskins scored 21 points in each of the first two quarters and rolled to a 42-0 victory over visiting Susan Moore last Friday night. Oneonta, ranked No. 1 in Class 4A, improved to 5-0 with the win while Susan Moore dropped to 2-3.

Oneonta got a 2-yard touchdown run from Tyler Smith and Cody O’Toole touchdown passes of 6 yards to Jalen Johnson and 25 yards to Alvin Scott in the first quarter.

In the second quarter, Keaton Jones had a 6-yard run, O’Toole had an 11-yard touchdown pass to Brock Latta, and Scott scored on a 4-yard run as the Redskins built a 42-0 halftime lead. 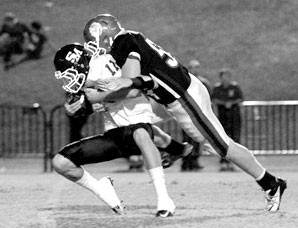 The Redskin defense was dominant throughout the night and limited the Bulldogs to just 21 yards of total offense and two first downs in the first half.

Ryan Brown completed 7 of 18 passes for 80 yards with an interception for the Bulldogs.

Matt Jones and Dylan Kent led the Susan Moore defense with seven tackles each. Dylan Bishop had six tackles, including a sack, and Cody Self had five tackles and a fumble recovery. Ty Sissom and Jay Williams each had an interception.

O’Toole completed 12 of 16 passes for 207 yards with three touchdowns and two interceptions to lead the Oneonta offense.

Smith led the Redskins on the ground with 100 yards and a touchdown on 13 carries. Javon Russell had 13 carries for 61 yards.

Blake Bean led the Redskin defense with 10 tackles, five for loss, and a sack. Thomas Boyd and Ethan Boyd each had six tackles. Jalen Johnson had an interception and Manny Mendoza had a fumble recovery.