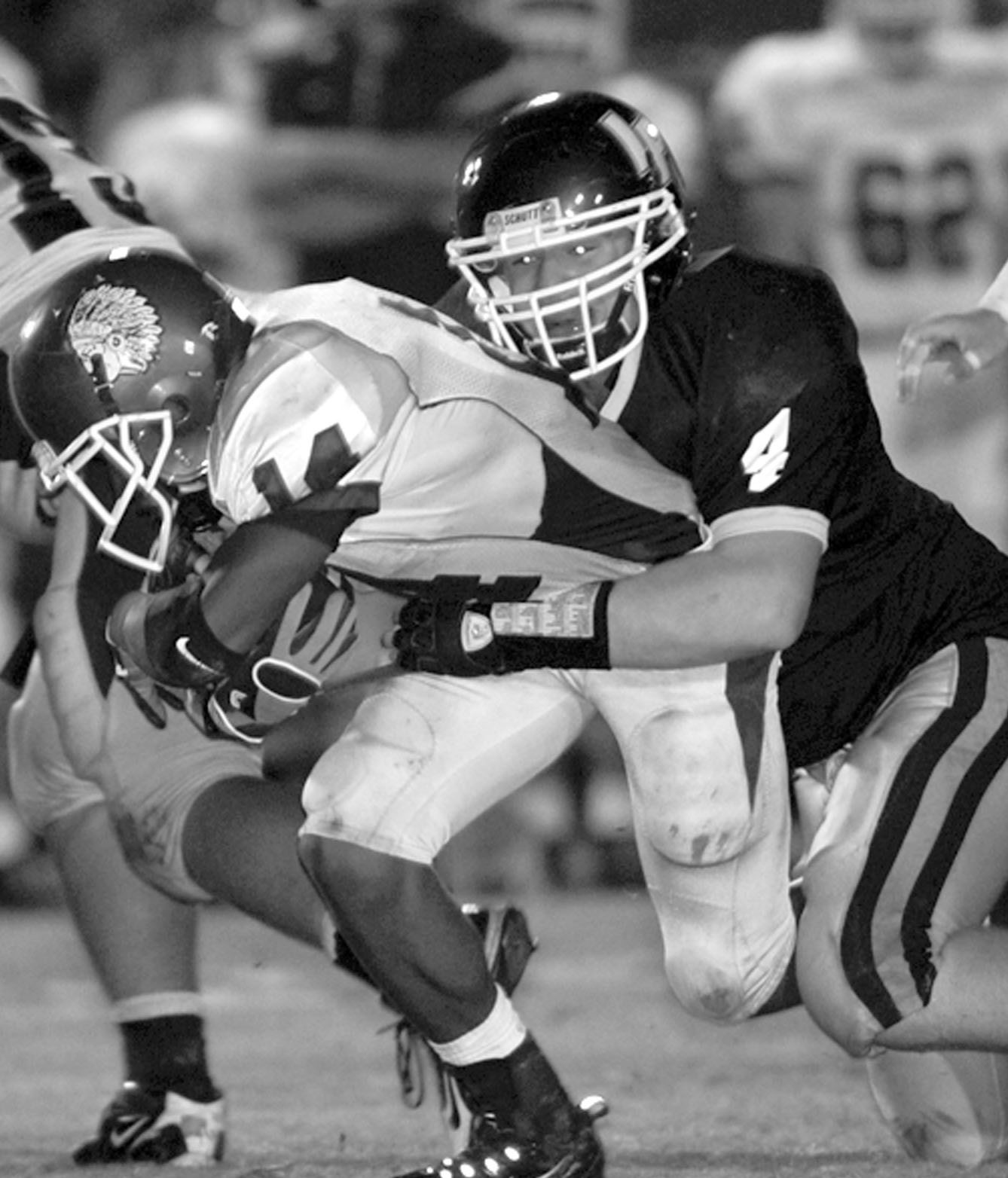 
The Redskins got a 2-yard touchdown run from Zac Whited to take a 7-0 lead early in the first quarter.

The defenses then took over for the remainder of the first quarter and most of the second quarter.

Oneonta came up with a big play to take a 14-0 lead when Schyler Walker found Lee Mitchell across the middle and the junior receiver went all the way on a 45-yard touchdown pass with just 1:23 to play in the opening half.

Locust Fork answered with their best offensive play of the night. Sam Estes hit Clay Smith down the seam and the sophomore shook off a Redskin tackler and then sprinted the rest of the way to complete a 68-yard touchdown reception. The extra point cut the Redskin lead to 14-7 at the break.

The second half started out like it would be a fight. Oneonta took a 21-7 lead on a 2- yard run by Derrick Bell but the Hornet offense came right back.

Locust Fork drove deep into Redskin territory and had 1st-and-goal at the Oneonta 5. Three plays later, the Hornets had 4th-andgoal at the 2 and the Redskin defense smothered the Locust Fork option to force the turnover.

Oneonta then ran off touchdowns on the next three possessions – a 12-yard run by Keaton Jones, a 4-yard run by Bell, and a 31- yard pass from Walker to Bell – to put the game away.

The final score of the night came on a 25- yard run by Redskin freshman Terrell McDaniel.

Tate Dyan led the Hornets with 50 yards on 13 carries while Estes completed 5 of 15 passes for 116 yards.

Smith led the Hornets with two catches for 94 yards and a touchdown.

Bell led the Redskin rushing attack with 61 yards and a pair of touchdowns on 12 carries.

Walker completed 16 of 35 passes for 224 yards and two touchdowns.

Mitchell caught five passes for 110 yards and a pair of touchdowns while Alvin Scott had eight receptions for 95 yards.