Redskins roll into second round 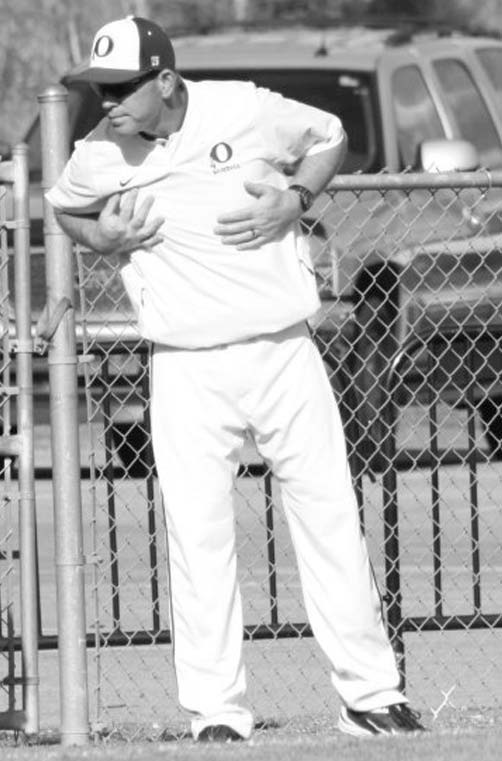 Three teams from the county qualified for the high school baseball playoffs but only Oneonta is still alive.

The 4A Redskins pounded Curry 10-0 and 16-4 last weekend to advance to this weekend’s second round matchup against Fayette County.

In Class 2A, Southeastern went to Gaston in the first round and hung with the Bulldogs in game one before losing 6-2. The Mustangs were in the second game late before Gaston exploded on offense and pulled away for a 10-0 victory. 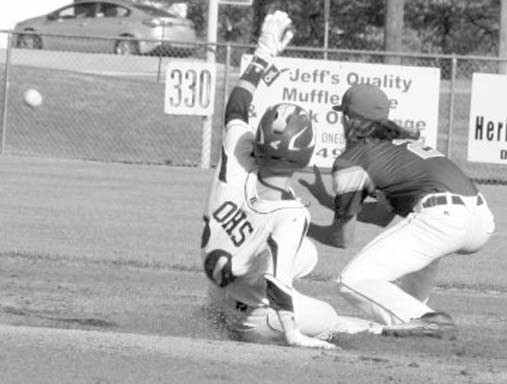 Oneonta’s Rance Phillips slides in ahead of the throw during the first game of last week’s playoff sweep of Curry.


Trevor Smith got the start on the mound and he was staked to a quick 1-0 lead when Ko Powell blasted the first pitch of the bottom of the first over the left-center fence.

That single run was more than enough for Smith but the Redskins added four runs in the second and two more in the third before ending the first game with three runs in the sixth.

Smith (4-3) gave up just two hits and a walk while striking out eight.

Dawson Harvey was on the hill for the Redskins in game two and some early control problems – four walks over the first two innings – gave the Yellow Jackets some life.

Unfortunately for Curry, the Oneonta offense gave Dawson all the time he needed to settle down.

The game was tied 4-4 after two innings but Harvey began to get his bearings and the Redskins continued to pound Yellow Jacket pitching. Oneonta put up two runs in the third, seven in the fourth and three more in the fifth to end the second game via the 10-run mercy rule.

After the second inning, Harvey was pretty much untouchable. He went the full five innings and gave up just three hits with the four walks while striking out eight to improve to 5-1 on the year.

Curry ended the year at 20-15 while Oneonta moves to the second round with a record of 23-8.

In the 11 innings over the two games of the first-round series, Oneonta pounded out 11 (or 30?) hits, including four home runs, a triple and six doubles.

This is a rematch of last year’s first round. That series was played at Guntersville because of heavy rainfall that left Oneonta’s home field unplayable.

It didn’t matter where that series was played as the Redskins bludgeoned the Tigers 17-2 and 11-1 to sweep the series.

The Redskins dominated Curry, the 4A Area 9 runner-up, last week in a pair of mercy-rule victories. Fayette County was the Area 9 champion and won two-of-three against Curry – 11-6 and 9-8, with a 13-8 loss.

Oneonta, the Area 10 champion, swept J.B. Pennington (5-0 and 11-1) this season while Fayette County was forced to go to a third game to survive that first-round series.

Fayette County is just 12-25 this year but the Tigers may have played the toughest schedule of any 4A team. This is a team that has losses to 4A playoff teams UMS-Wright and Sipsey Valley but also 5A No. 1 Russellville, 7A playoff team McGill-Toolen, and 3A powers Winfield and Gordo.

On paper, the Redskins have the advantage on offense – Oneonta is hitting .379 as a team while Fayette is hitting just .274.

In addition, Oneonta has pounded out 19 home runs as a team while the Tigers have hit only six.

Pitching also favors Oneonta as the Redskins have a team ERA of 3.02 while Fayette County’s team ERA is 4.24.