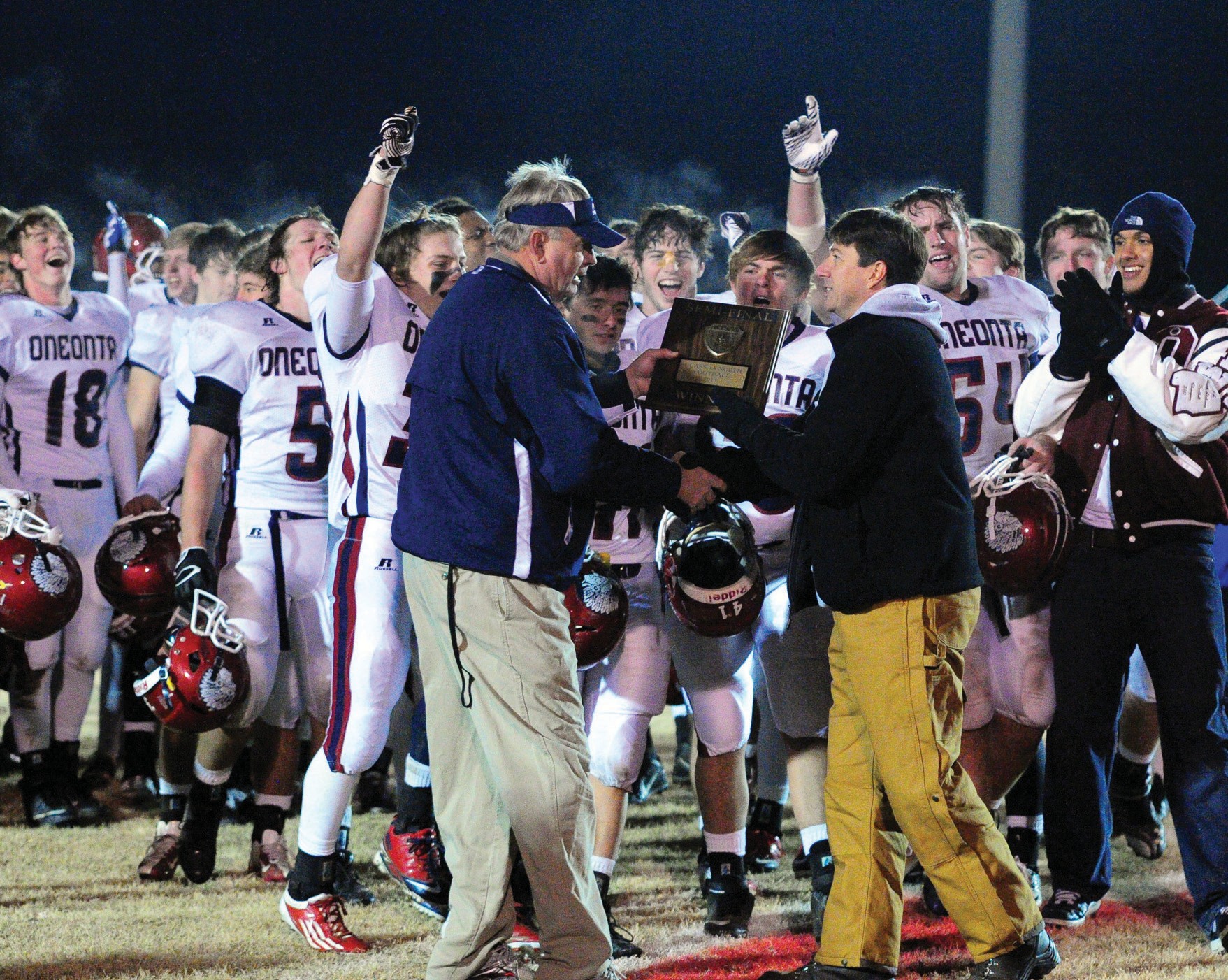 Oneonta head coach Don Jacobs accepts the North Division trophy after last Friday’s 35-21 victory over Munford. The Redskins will play Charles Henderson of Troy for the 4A title Friday morning at 11 o’clock at Bryant-Denny Stadium in Tuscaloosa. This is the third straight year that the Redskins have made it to the championship game. For a recap of last week’s game and a preview of the title game, see SPORTS A4.