The Oneonta Redskins took out two years’ of Super Six frustration on Charles Henderson with a dominant 28-10 victory in the 4A championship game at Bryant- Denny Stadium last Friday in Tuscaloosa. After finishing as runner up in 2011 and 2012, Oneonta jumped out to a 7-0 lead on the opening drive of the game and never trailed in claiming the school’s fourth state title. It was the first state title in Class 4A for the Redskins, and the victory capped a 14-1 season. – Rob Rice Redskin players hoist the championship trophy (left) and Oneonta head coach Don Jacobs receives an emotional hug from wife Jodie and daughter Allison. 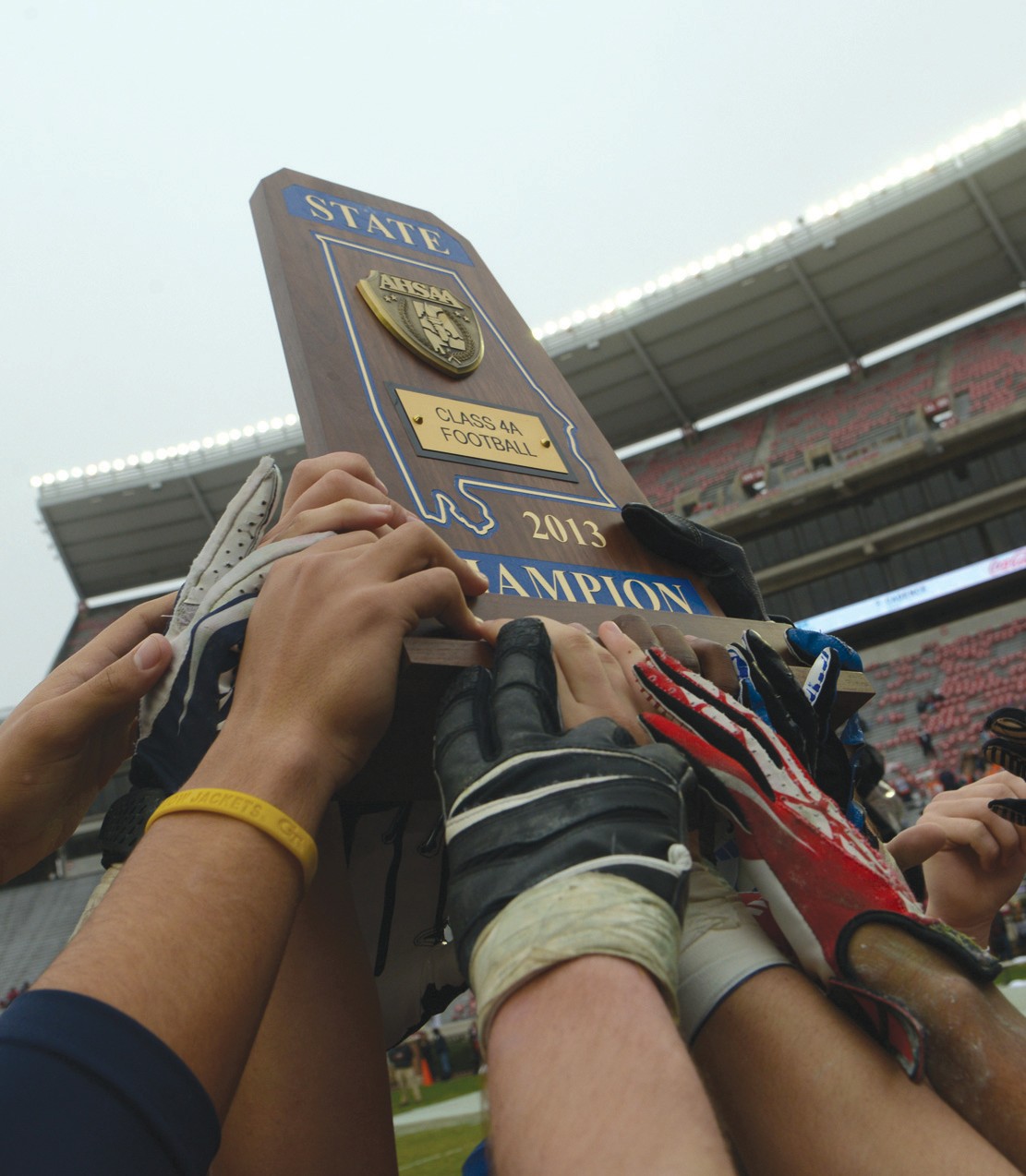 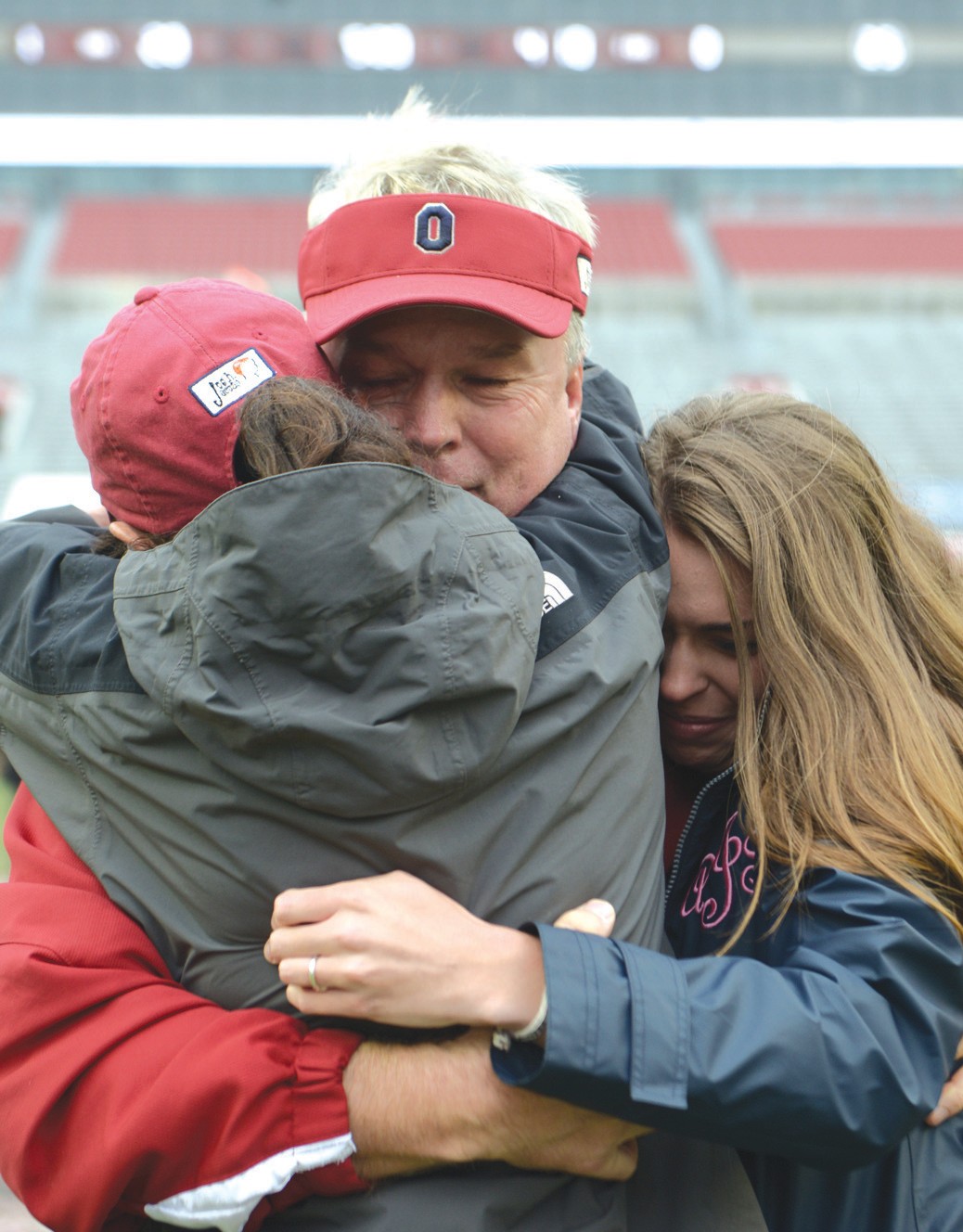