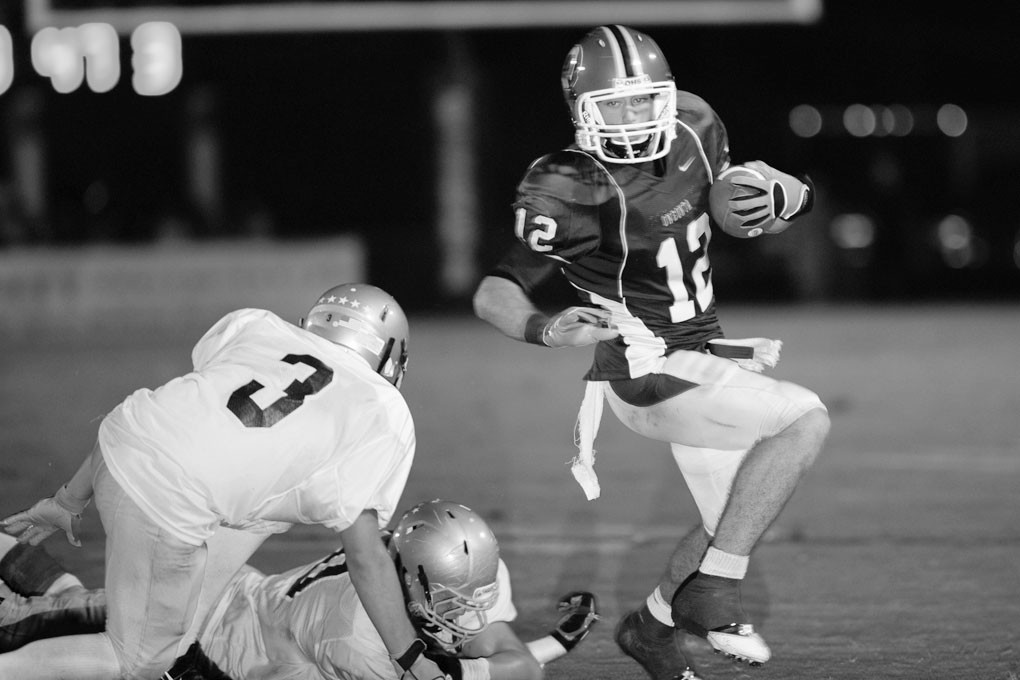 Oneonta turned the tables on visiting Jacksonville last Friday night. The Redskins pounded out more than 400 yards on the ground and smothered the potent Eagle running game to win 52-0 in the region opener for both teams.

Redskin quarterback Travis Hankins completed just 6 of 17 passes for 45 yards and an interception but two of his completions went for touchdowns. Schyler Walker added a 43-yard touchdown pass on his only attempt of the night.

Nolen Smith caught four passes for 39 yards and a pair of touchdowns, rushed six times for 50 yards, and completed his only pass of the night for 54 yards and a touchdown.

Alvin Scott caught four passes for 103 yards and a pair of touchdowns.

Oneonta finished the night with 546 yards of total offense – 404 on the ground, 142 through the air.

The Redskin defense held the powerful Jacksonville rushing attack to just 165 yards on 48 attempts (3.4 yard per carry). Jacksonville completed just one pass on the night for 10 yards.

Julian Reid led the Redskin defense with 14 tackles, including two for loss. Derek Bell and Caleb Hullett had 11 tackles each. Freshman defensive lineman Blaise Brown had seven tackles, two for loss, and a sack.