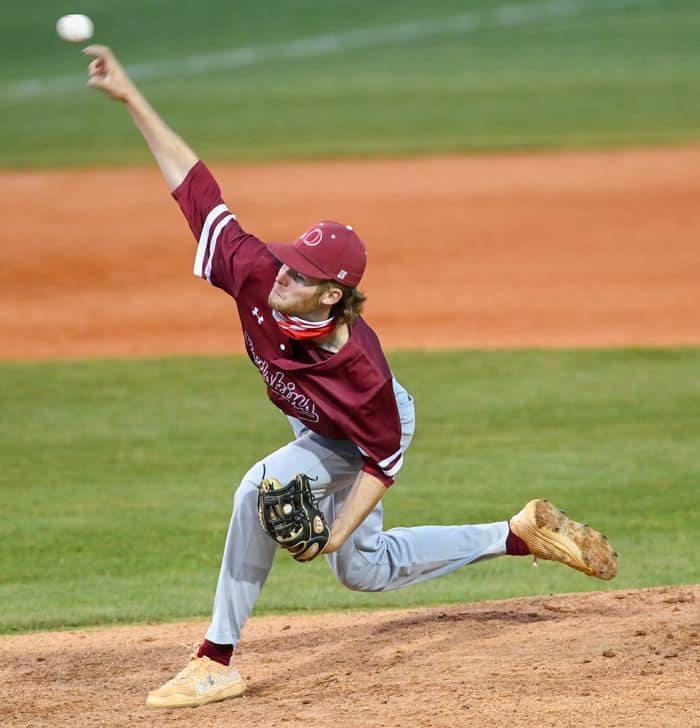 The Oneonta Redskins made it through the first four rounds of the 4A state playoffs undefeated with series wins over Fayette County, Brooks, Curry, and North Jackson. They headed to Montgomery last Wednesday for game one of a best-of-three series against Mobile Christian for the state championship.

In game one, the Redskins fell behind early and couldn’t come back in a 2-7 loss to the Leopards. Mobile Christian put five runs on the board in the bottom of the first. Oneonta’s defense settled down after the first, allowing no runs through the next four innings.

The Redskins got on the board in the top of the third. With one out, Brodie Devaney reached first on an error and advanced to second on Beau Ragsdale’s grounder to second. Connor Faust then doubled on a line drive to left field scoring Devaney to make it a 1-5 game.

After giving up two more runs to the Leopards in the bottom of the sixth, the Redskins were hoping for a rally in their last at bat. Sam Patrick walked to lead off the inning. Will Moye got him to second on a line-drive single, and Braden Moore loaded the bases after drawing a walk. Devaney drove Patrick in on a ground-out to third, but the Redskins couldn’t get any other runners home. 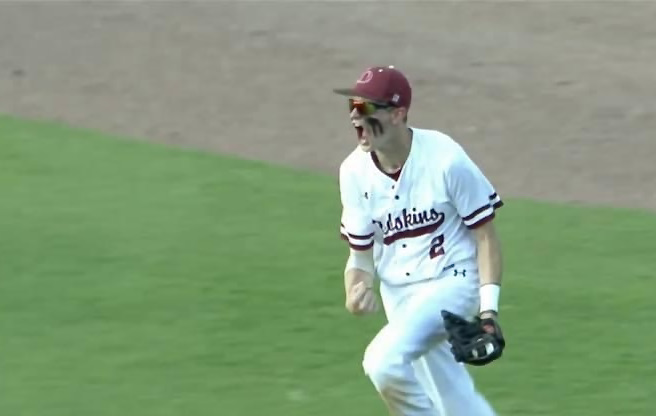 Faust, in his final pitching performance for the Redskins, surrendered seven runs (five earned) on six hits, striking out four. He took the loss pitching the complete game. Moye, Ragsdale, and Faust had Oneonta’s three hits with Faust and Devaney finishing with one RBI each.

On Thursday, the Redskins and Leopards met at Montgomery’s Riverwalk Stadium for the 4A championship game. Oneonta was looking for a game-two win to force a deciding game three.

The Redskins fell behind 0-3 after giving up one run in the third and two in the fourth, but they tied it up 3-3 in the bottom of the fifth inning. Patrick led off with a single on a line drive to center field and Moye followed with a single on a hard grounder to left field. Bases were loaded after Moore was hit by a pitch. Patrick scored Oneonta’s first run reaching home on a passed ball. Both Moye and Moore advanced a base on the same play. Moye scored on Devaney’s sacrifice fly. A ground out from Ragsdale moved Moore to third. Luke Hodge then doubled on a fly ball to center field scoring Moore and evening the score.

Mobile Christian, however, put up two runs in the top of the seventh, and the Redskins couldn’t get anything going in their final bat, falling 3-5 to the Leopards. The loss marked the second time the Redskins fell to a private school in the 4A title game. In 2016, they lost to former 4A powerhouse UMS Wright.

Hodge started on the mound for the Redskins. Through five innings, he allowed three runs on five hits with five strike outs. Charlie Jones pitched the final two innings giving up two runs on two hits for the loss. Patrick led the Redskins at the plate going 2-for-3. Moye, Hodge, and Faust got Oneonta’s remaining hits with one apiece.

These 2021 Redskins were led by a strong group of seniors – Brodie Devaney, Connor Faust, Brodie McCracken, Andrew McElvey, Will Moye, Alex Presley, and Beau Ragsdale. Almost all of them have played ball together since t-ball. They’ve led by example on and off the field and put in the hard work and practice it takes to build a championship-caliber team. They’ve provided years of memories for the Oneonta faithful and they’ve made the Redskin nation proud.