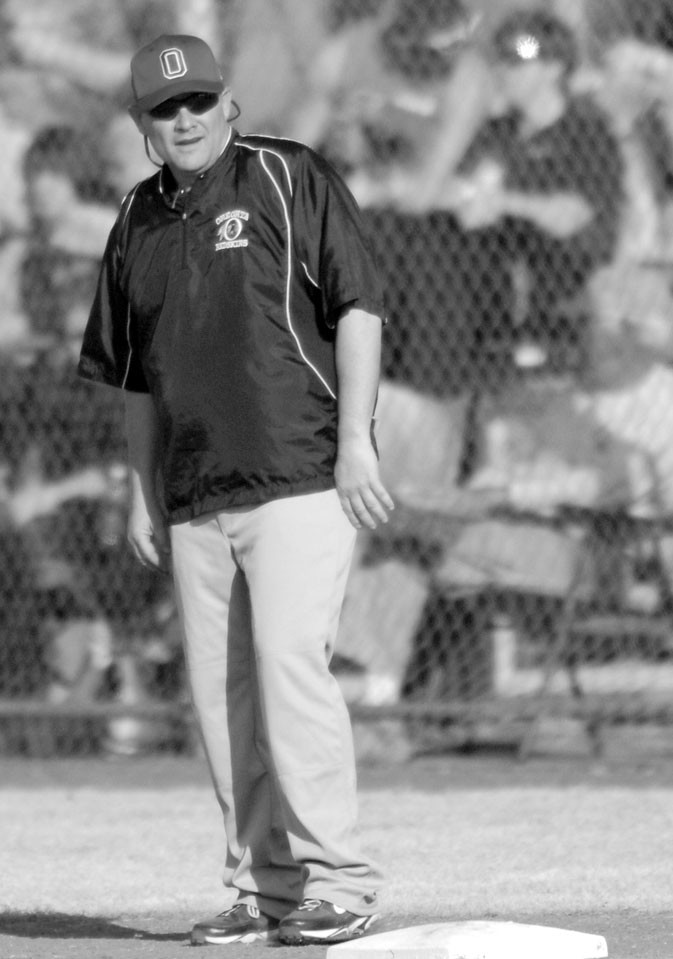 Oneonta head coach Phil Phillips has his team ranked in the top 10 in Class 4A.

The Oneonta Redskins took a big step toward claiming an area baseball championship with a pair of onerun victories over Locust Fork last week.

Oneonta played Douglas yesterday ( Tuesday) and will face the Eagles again tomorrow. If Oneonta can win the series against Douglas then the Redskins will be the 4A Area 12 champions.

Locust Fork could claim a playoff berth with a series win over Springville this week. Tuesday, April 3 at Oneonta 2, Locust Fork 1

Locust Fork’s Geoffrey Bramblett pitched more than well enough to get the win. However, Oneonta sophomore Blake O’Bryant was almost as good.

The Redskins managed just two hits off of Bramblett but that proved to be enough. The Hornets had a little more success against O’Bryant – collecting six hits on the day – but the sophomore came up with big pitches at opportune times.

Bramblett was very good, surrendering just two runs – one earned – on two hits with two walks and seven strikeouts. O’Bryant gave up six hits and one earned run with no walks and three strikeouts.

Locust Fork’s Dylan McMurrey led the Hornets with a pair of hits while Jonathan Hayes had a double for the game’s only extra-base hit. Kyle Hornbuckle had a single and scored the Hornets’ only run.

Oneonta got a hit, a run scored, and three stolen bases from Taylor Oden. Austin Dickie had the Redskins’ other hit and an RBI.

Two days after a pitchers’ duel, the offenses came to play as the two teams combined for 17 runs on 24 hits.

Tied 5-5, neither team did much over the next five innings. Oneonta finally broke through with four runs in the top of the ninth inning to take a 9-5 lead.

Locust Fork rallied, scoring three runs in the bottom of the ninth, but the Redskins held on for the win.

Bramblett, in relief of Cody Calvert, took the loss for the Hornets. He gave up four runs, all earned, on four hits with three walks and seven strikeouts in four innings.

Oneonta’s Dickie (5-1) got the win by going eight innings and surrendering five runs – only one earned – on six hits with four walks and 15 strikeouts.

Just two days after being eliminated from the 5A playoff chase in a two-game sweep by Southside- Gadsden, the Albertville Aggies took out some frustration on the Redskins.

Albertville jumped all over Oneonta’s Grant Hardeman and Hunter Guthrie, scoring 11 runs on 10 hits over the first two innings. The Redskins’ Austin Tibbett came in and pitched well – giving up one run on five hits with a walk and a strikeout – but the damage had been done.

Aggie sophomore Alex Watkins kept the Redskin hitters off balance in his four innings of work to get the win. He allowed just an earned run on two hits with two walks and four strikeouts.

Adam Tekulve, Austin Owens, Taylor Oden, and Clint Gibson each had a single for the Redskins.

Albertville improved to 14-10 with the win while Oneonta dropped to 15-4 on the year. Oneonta 6, Sardis 1

One big inning from the Oneonta offense proved to be enough as the Redskins beat Sardis for the third time this year.

Sardis jumped out to a 1-0 lead after two innings but the Redskins put up six runs in the bottom half of the third inning to take control.

Oneonta’s Chase Bryant got the win to improve to 4- 0 on the year by surrendering an unearned run on just five hits – all singles – in five innings with no walks and two strikeouts. Carter Sims pitched a perfect two innings of relief with three strikeouts.

Blake O’Bryant (2 for 2, run) and Taylor Oden (2 for 3, stolen base) were the only Redskins with more than one hit. Walker Musso had a two-run double.