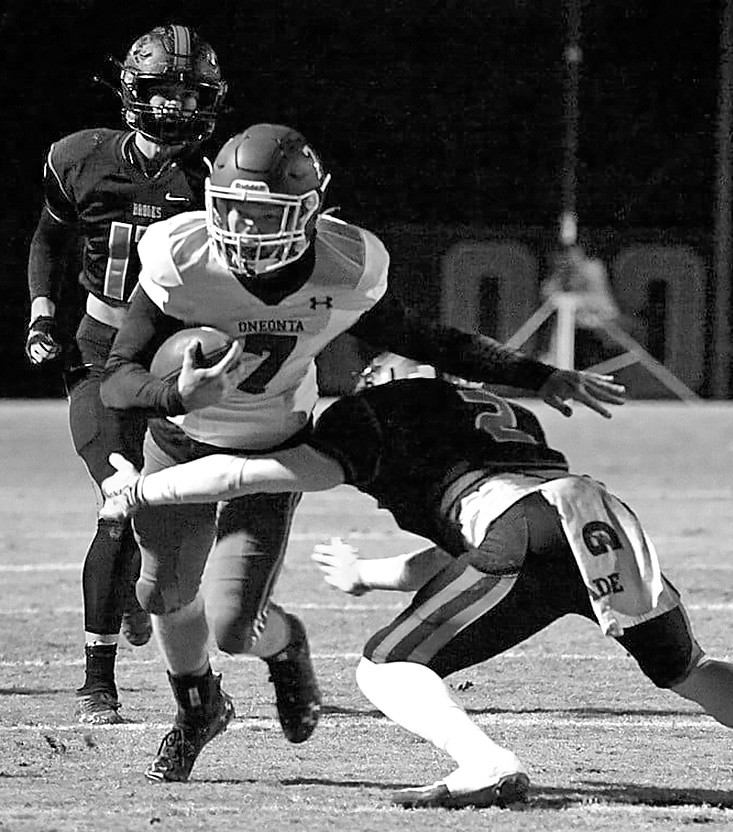 Oneonta earned a trip to the 4A final four with a big 56-28 win on the road Friday night. The Redskins finished the game with 405 yards of offense, 357 yards coming on the ground. Brooks totaled 330 yards for the game, but 241 of those yards came in the first half. The Redskin defense allowed just 67 rushing yards and 22 passing yards in the final half.

The Redskins got on the board first on a 4-yard touchdown run from Collin Moon with 4:09 left in the opening quarter. With 2:59 on the game clock, Damarian Bothwell gave the Redskins 6 more points with another 4-yard TD run. Angel Marquez hit both extra point attempts to give the Redskins a 14-0 lead heading into the second quarter.

Brooks QB Kyler Marks got Brooks on the board eight seconds into the second quarter with a 10- yard completion to Kenan Jones. They added the extra point to make it a 7-14 game. But Collin Moon then ran the kickoff 78 yards for another Redskin touchdown. Marquez’s kick put the Redskins back up by 14 with a score of 21-7. Before the half ended though, Brooks tied it up with 70-yard and 1-yard runs from Marks. 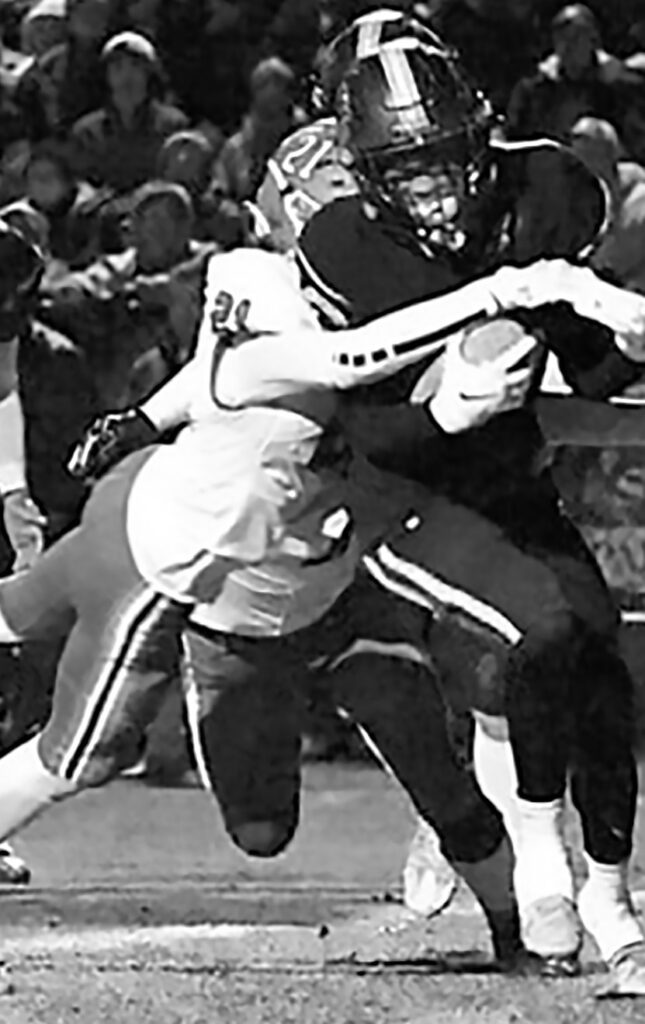 After the break, Oneonta took their opening drive all the way to the end zone. Braden Moore capped off the five-play drive with a 21-yard touchdown romp. A minute later, Moon ran it in from the 4-yard line. As the quarter was winding down, Moore took off for a 45-yard score and Bothwell pushed his way in from the 1-yard line for his second TD of the game. Marquez hit all four extra point attempts to give Oneonta a 49-21 advantage heading into the final quarter.

The Redskins added 7 more on Bothwell’s third rushing TD of the game. This one was from 2 yards out. After Marquez’s kick, Oneonta was up 56-21. Brooks found the end zone one more time to make it 56-28, but the Redskin defense kept them from adding more to secure the 56-28 victory. 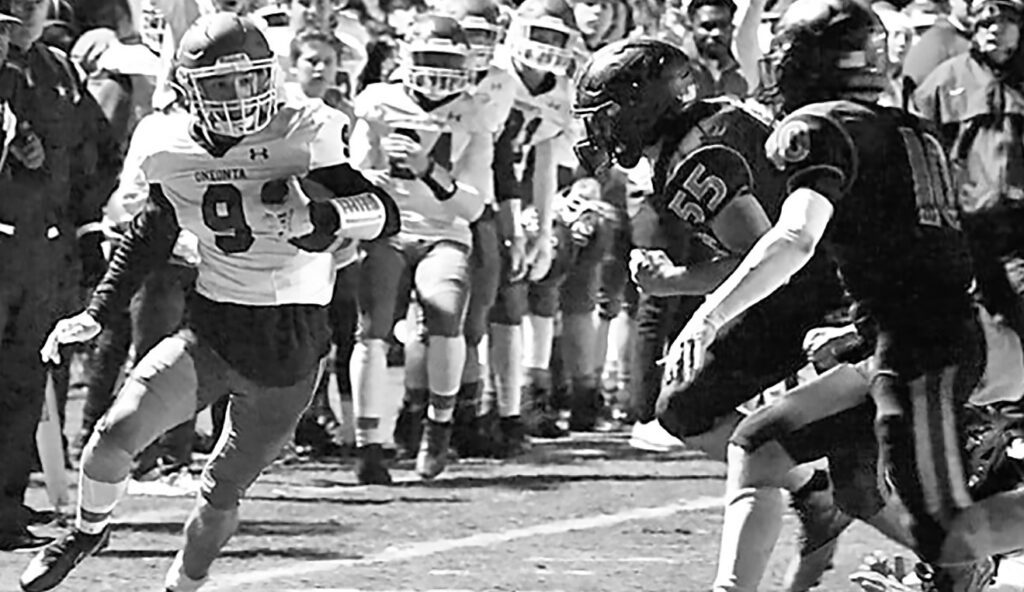 The Redskins travel to Huntsville Friday for their semifinal game against Madison Academy, who beat Good Hope 35-28 to advance. Both the Redskins and the Mustangs moved to 12-1 on the season with each winning their respective region. The winner advances to the 4A championship with a kickoff set for Friday, Dec. 3, at 11 a.m., at Protective Stadium in Birmingham. 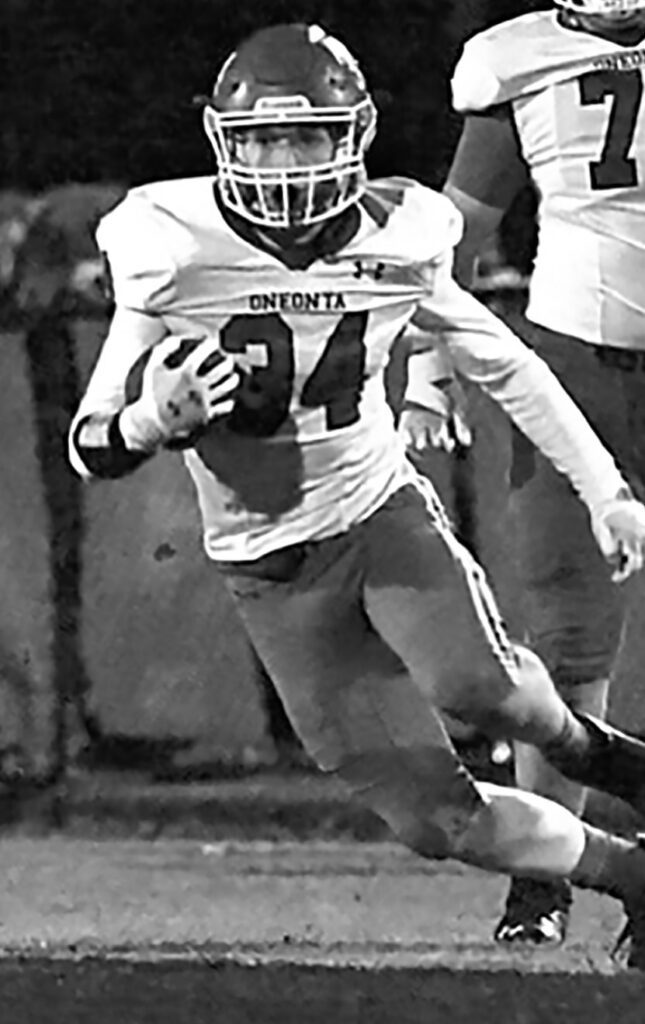