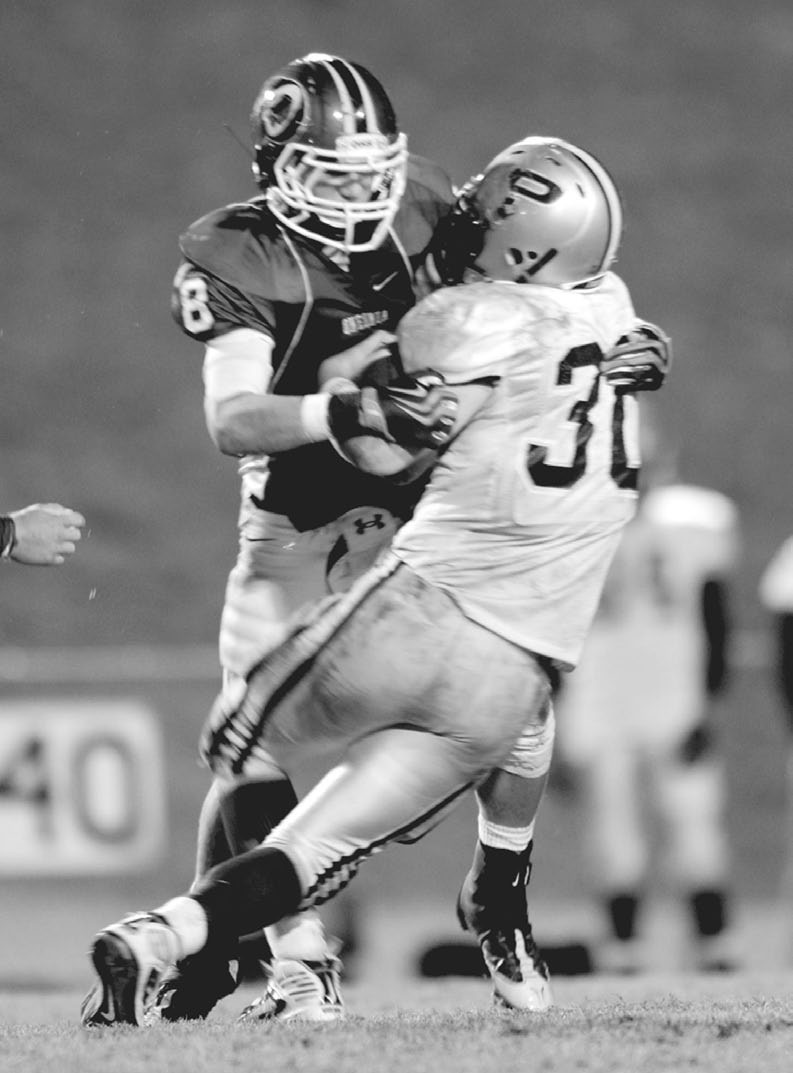 Home-standing Oneonta raced out to a 34-7 halftime lead and cruised to a 48- 20 victory over visiting J.B. Pennington last Thursday night.


Oneonta got a 1-yard touchdown run from Vernarr Hughes and a 7-yard run from Brandon Evatt to take a 14-0 lead at the end of the first quarter.

The Tigers responded with a 12-play, 43-yard drive that ended with a 4-yard run by Wesley Stephens to cut the lead to 14-7 early in the second quarter.

The Redskins then ripped off 20 unanswered points to end the first half.

Nolen Smith caught an 18-yard touchdown pass from Travis Hankins, Alvin Scott had a 4-yard run, and Hughes scored on a 5-yard toss from Hughes as the Redskins went up 34-7.

Pennington started the second half with their best drive of the night. Lee Morton hit Mitchell Doyle on a 30-yard toss to end a seven-play, 76-yard drive.

Each team scored once in the fourth quarter – Pennington on a 5-yard run by Brandon Cole and Oneonta on an 8-yard run by Lee Mitchell.

Pennington was able to move the ball on the ground, finishing with 209 yards on 54 attempts. However, the Tiger passing game produced just 26 yards and a touchdown on 2 of 6 through the air.

Hankins was masterful, completing 14 of 18 passes for 279 yards and two touchdowns.

Hughes led the Redskins on the ground with 78 yards and a pair of touchdowns on just five carries. He added four receptions for 32 yards and a touchdown.

Brandon Martin led the Redskin defense with 12 tackles, including two for loss. Jackson Henderson had 10 tackles, two for loss. As a unit, Oneonta racked up 25 tackles for loss.