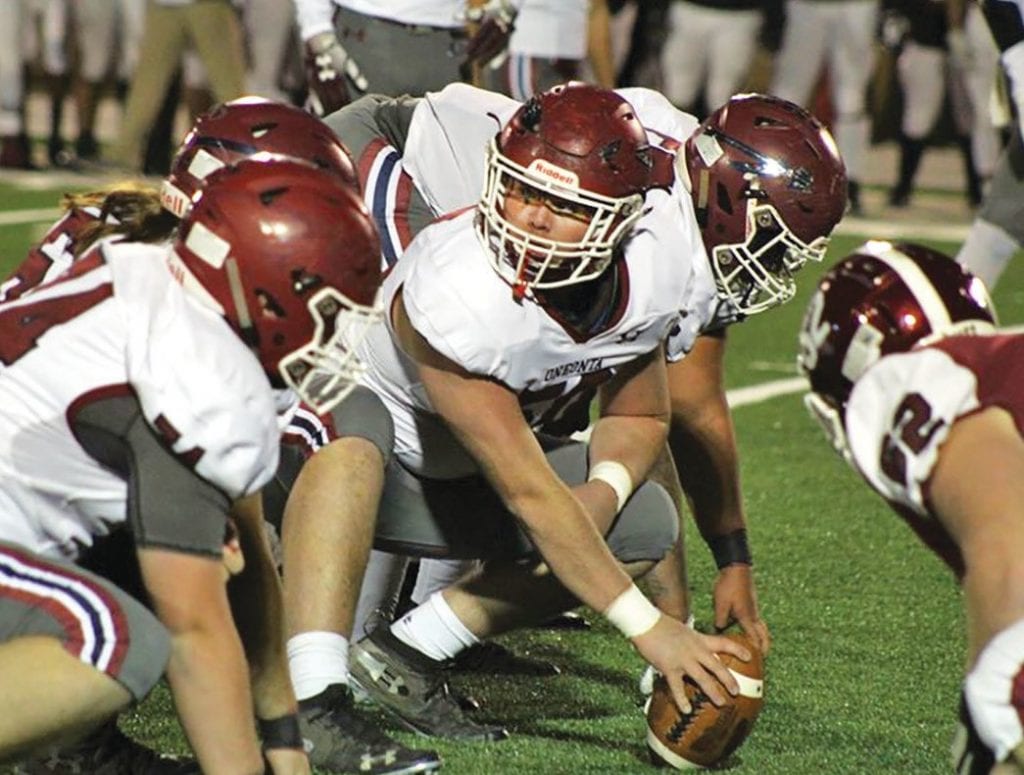 Collier McPherson (50) relays the call to the rest of the offensive line, from left: Cayden Kritner (74), Alex Smallwood (63), and Andrew Arreguin (78). -Jimmy Smallwood

The Oneonta Redskins took on the Deshler Tigers in the second round of the state playoffs losing 11-27.

The Redskins got on the board first. Erick Vargas nailed a 27-yard field goal to give the Redskins a 3-0 lead in the first. The Tigers scored not long after taking the lead 6-3 at the end of the first quarter. Neither team scored in the second quarter leaving the score at 6-3 at the half.

The Redskins were unable to find the end zone in the third quarter. Deshler scored twice more to take a 20-3 lead at the end of the third. Deshler scored once more in the fourth extending their lead to 27-3. The Redskins scored not long after. Collin Moon pushed in for a 5-yard touchdown run. The Redskins failed to score again before time expired bringing the final score to 27-11 and a Tiger victory.

The Redskins end their season 8-4.