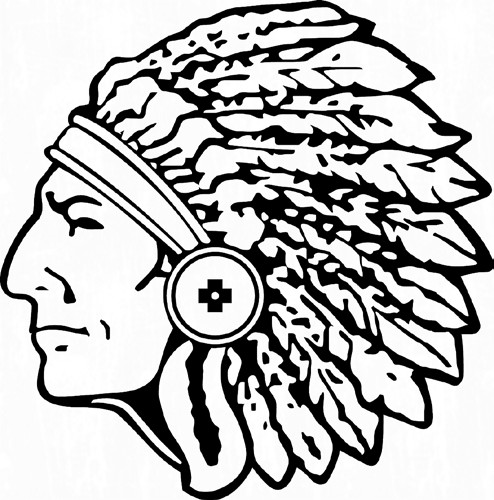 Neither team was able to score during the first quarter as it ended with the Raiders second-and-13 in their own territory.

Unable to convert, Good Hope’s punter kicked it off the side of his foot and set the Redskins up at midfield. Connor Faust threw an interception on the third snap and momentum shifted to the Raiders. From their own 13-yard line, the Raiders scored on a 77-yard romp. The PAT was good putting Good Hope up 7-0 with 9:53 left in the half. The Redskins couldn’t get anything going on offense, and the defense couldn’t handle RB Colton Bagwell who scored from 4 yards out capping a five-play, 70- yard drive. The PAT was no good giving the Raiders a 13-0 lead with 5:44 left to play. Good Hope scored again before halftime on a 3-yard run with 1:23 on the clock. A successful two-point conversion gave the Raiders a 21-0 advantage at the half.

Oneonta received the second half kickoff, having deferred after winning the toss, but managed only to eat time off the clock and punt. Good Hope’s opening possession of the second half went 90 yards on six snaps capped by a TD from about half a yard. A successful PAT extended their lead 28-0 with 6:48 on the clock. Oneonta put together their only scoring drive of the night after the ensuing kickoff going 65 yards in five plays. Faust connected with Eli Buse on third-and-seven at the 50-yard line for the touchdown. Angel Marquez’s PAT made it 28-7 with 3:48 left in the third quarter. After exchanging punts, Good Hope put more points on the board on an 80-yard keeper. The PAT was no good making it 34-7 with 0:21 left in the third.

Oneonta got to the 3-yard line on the opening drive of the fourth quarter but was unable to capitalize. Good Hope took over on downs at the 7-yard line and drove to the opposite 6-yard line before allowing time to run out. The 34-7 victory seeds Good Hope in second for Class 4A Region 6; Oneonta remains in third.

Oneonta managed only 201 total yards to Good Hope’s 470. Faust completed 10-of-18 for 137 yards and one touchdown. Collin Moon touched the ball 19 times, but the Raiders held him to only 63 rushing yards. Beau Ragsdale led receivers with 76 yards on three catches. Buse followed with 55 yards on two catches and scored the only touchdown of the game.

Defensively, Wil Robertson led with nine tackles. Luke Hodge followed with eight, and Cameron Daily and Jexton Johnson had five each. Daily and Cayden Kritner each had a sack.