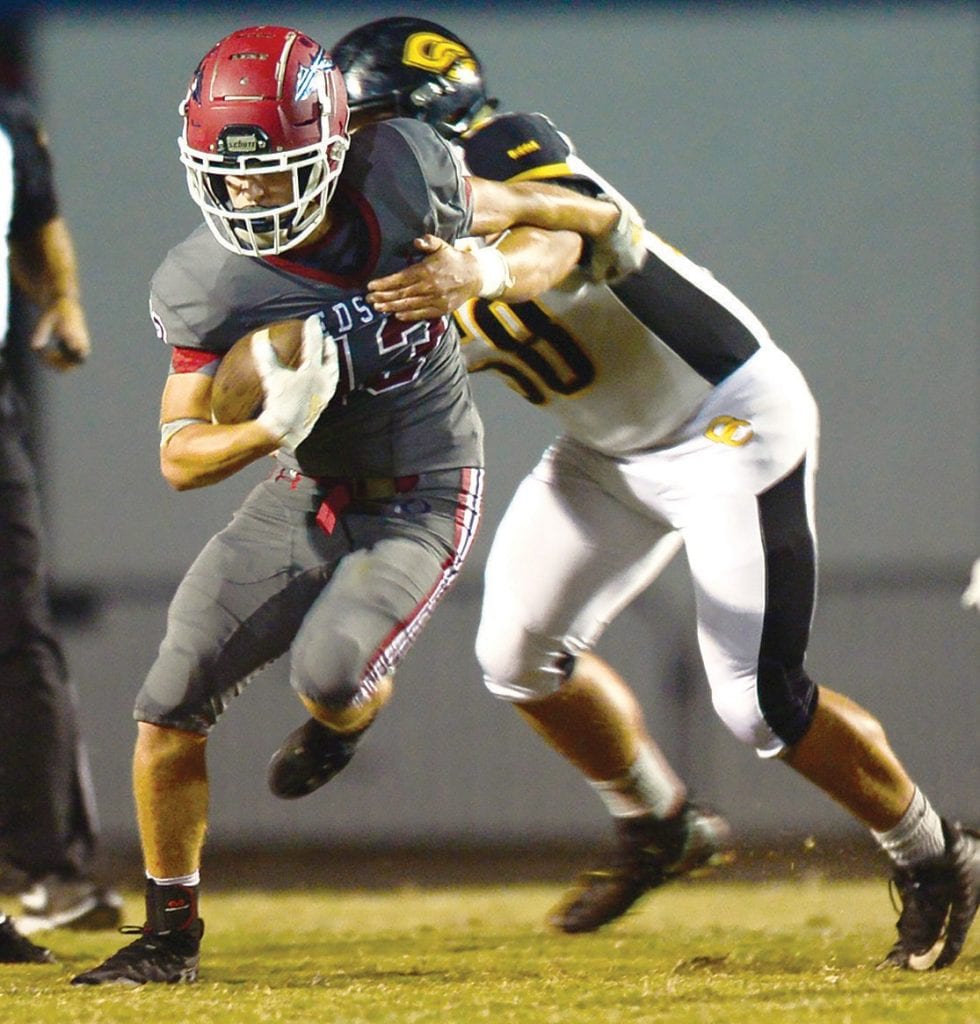 The Oneonta Redskins hosted the Cherokee County Warriors Friday winning 49-21. The Redskins scored first on a 5-yard touchdown run from David Hall late in the first quarter. The point after by Erick Vargas gave the Redskins a 7-0 lead.

Oneonta scored again early in the second quarter with Brody Pinyan finding Hall open for an 11-yard touchdown pass, boosting the Redskins’ lead to 14-0. Cherokee County finally found the end zone about half way through the second quarter bringing the score to 14-7. Less than a minute later, Pinyan connected with Eli Buse for 70 yards and a touchdown. Vargas tacked on the extra point to make the score 21-7. The Redskins scored one more time before the half. Pinyan found Luke Hodge from 12 yards out making the score 28-7. Cherokee County scored once more before the half as well, bringing the score to 28-14 at the intermission.

The Redskins struck first in the second half. Hall ran for 66 yards and his second touchdown of the night. Vargas added on the extra point extending the Redskins’ lead to 35-14. The Redskins’ defense managed to keep the Warriors out of the end zone for the entire third quarter. Oneonta scored again late in the third quarter on a 69-yard touchdown run from Collin Moon bringing the score to 42-14.

The Redskins scored once more early in the fourth when Austin Nix found the end zone from nine yards out boosting their lead to 49-14. Cherokee County scored two more times in the fourth, bringing the final score to 49-21 and a Redskins’ victory.

The Redskins advance to 4-2 on the season. They travel to Jacksonville Friday. The Golden Eagles (5-2) are coming off a 38-30 victory over region rival Anniston (3-3).