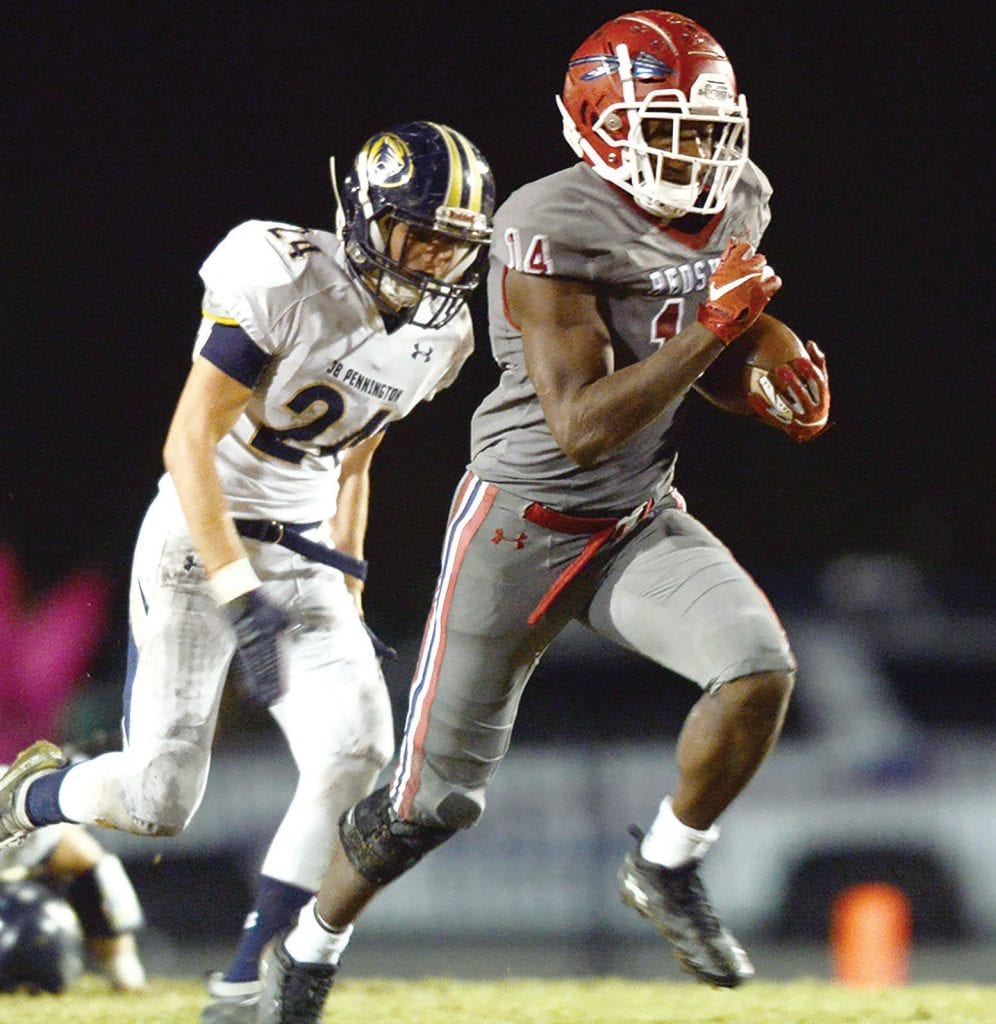 The Oneonta Redskins took on the J.B. Pennington Tigers in both team’s final regular season matchup.

The Tigers finally got on the board at the end of the second with Hayden Floyd connecting with Dawson Blaxton for a 38-yard touchdown pass. Matthew Smith added the extra point bringing the score to 14-7 at the half.

A quiet third quarter ended in a stalemate as neither team found the end zone.

The Redskins broke the silence in the fourth quarter. Hall pushed through a streak of Tigers for a 10- yard touchdown run. Vargas tacked on the PAT to bring the final score to 21-7 and a Redskin victory. 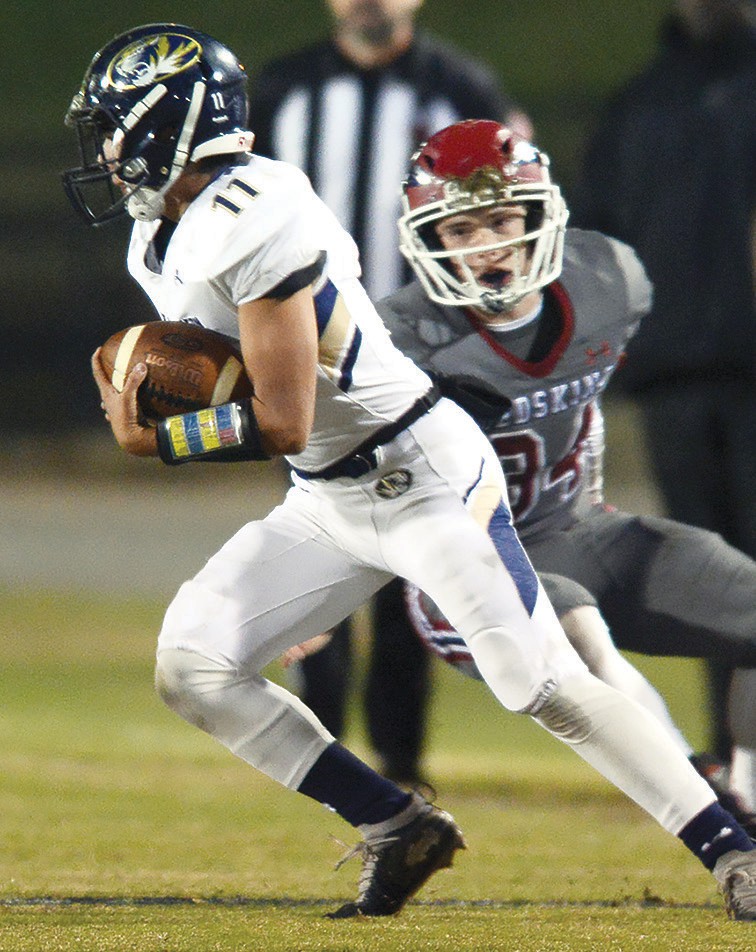 Offensively for the Redskins, Braden Moore went 5-for-12 for 68 yards as well as running eight times for 91 yards. Hall ran 14 times for 148 yards and three touchdowns as well as catching one pass for 22 yards. Riley McGill caught two passes for 25 yards. Vargas went 3-for-3 on extra points.

Defensively for the Redskins, Beau Ragsdale had 16 tackles and a sack; Luke Hodge had eight tackles, three for a loss; Wil Robertson had seven tackles; Marquis Mitchell had four tackles, two for a loss; and Cameron Dailey had one tackle and a sack. 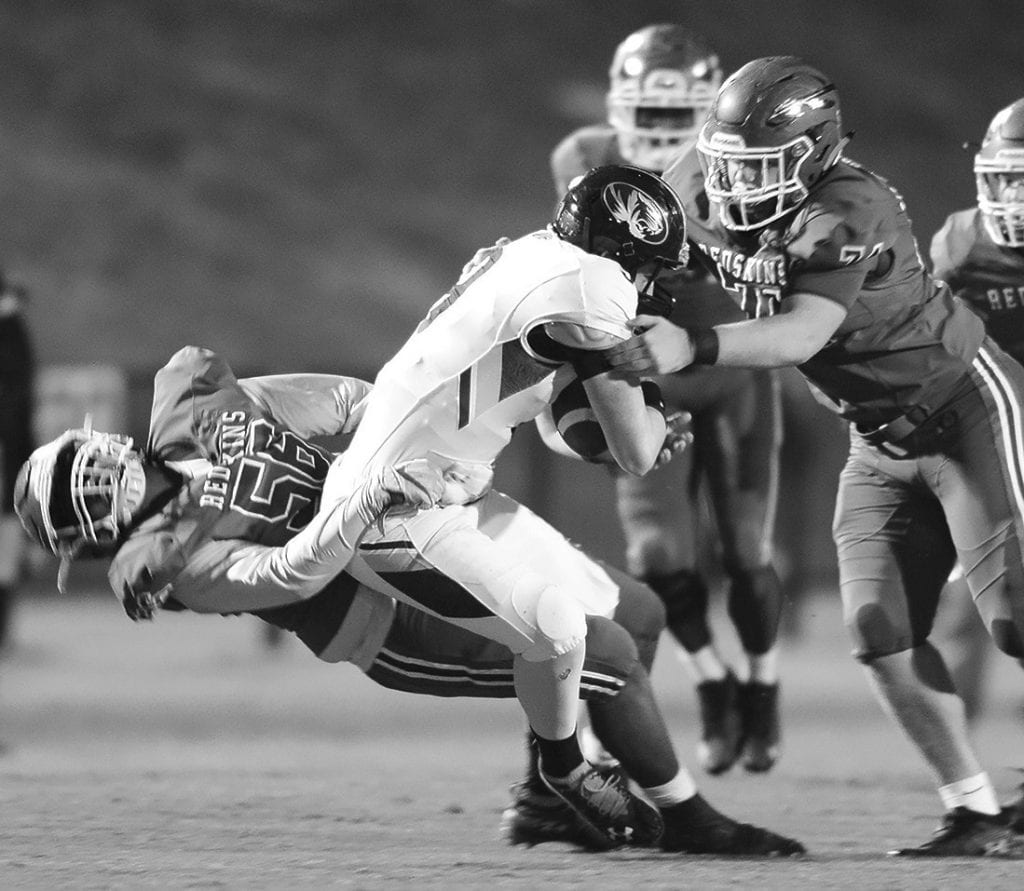 The Tigers fall to 3-7 on the season. They travel Friday to Piedmont to take on the Bulldogs (9-1) in the first round of the 3A state playoffs.