Oneonta quickly took a 28-0 lead. Hayden fought back, but the deficit ultimately proved too much to overcome and the Redskins held on for a 35-21 victory.

The defense was led by Beau Ragsdale and Andrew McAlpine, who had ten tackles each, and Kavan Hill, who recovered two fumbles. Ragsdale also helped keep the Wildcats on their own side of the field, punting three times for an average of 31.33 yards.

The Redskins host Cleburne County this Friday and the Wildcats host Lawrence County. 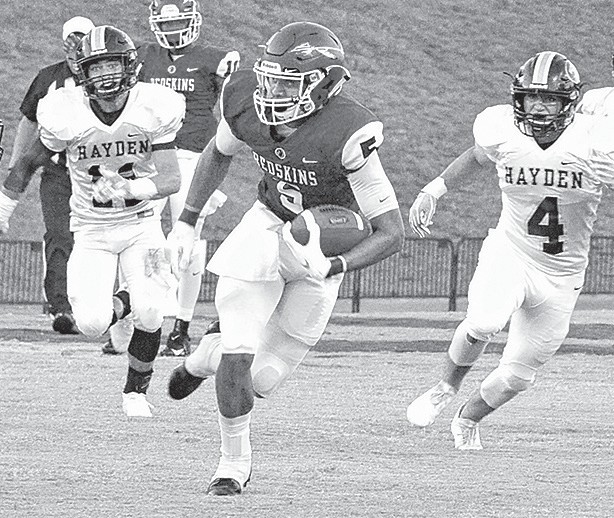