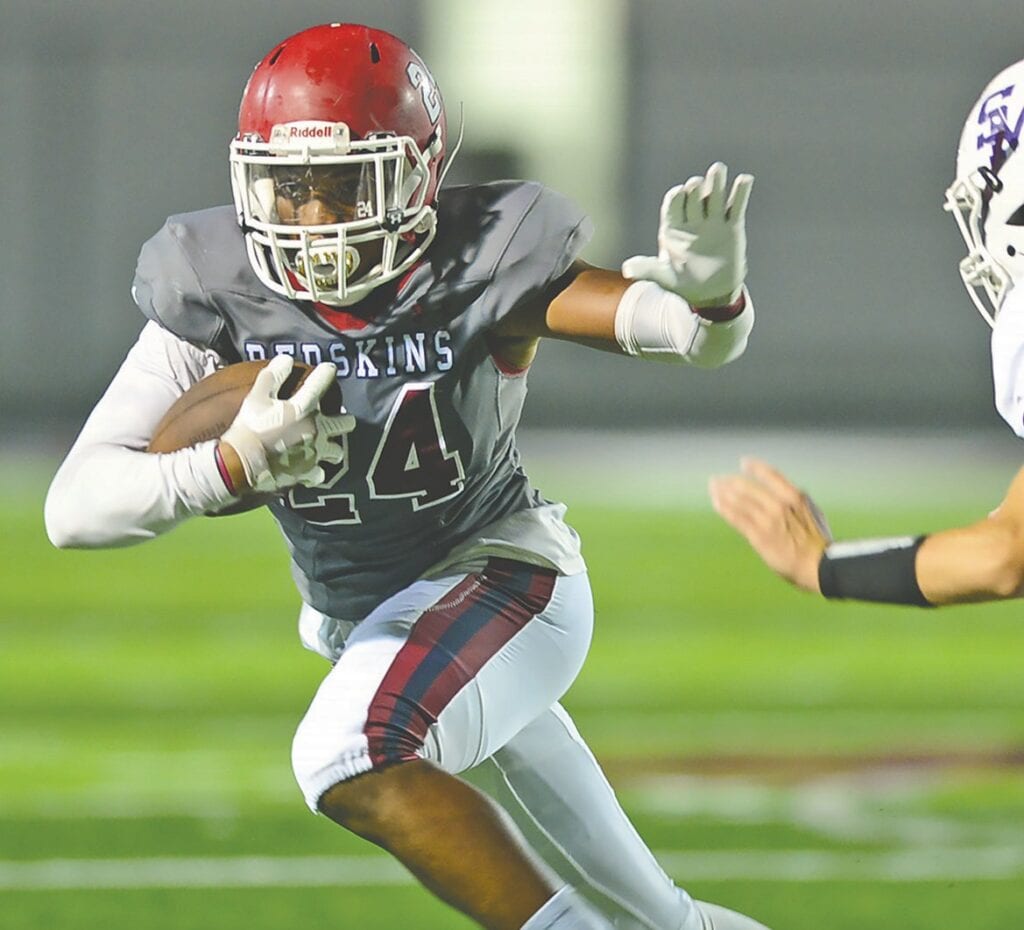 The rivalry that began in 1932 (according to AHSFHS.org) now stands at 54-21-4 in Oneonta’s favor as the Redskins dominated the Bulldogs 40-14 in front of a packed house Friday night.

Susan Moore’s opening possession ended in an interception by Oneonta’s Riley McGill. The Redskins put points on the board first on a Damarian “Fluff” Bothwell 8-yard touchdown run with 9:29 on the clock. The PAT failed making it 6-0. Susan Moore mounted an impressive kickoff drive into Oneonta territory, but Camden Lackey threw another interception, this one by Collin Moon. The Redskins incurred an unsportsmanlike conduct penalty and started the drive at their own 11 yard line. Four snaps later, Connor Faust connected with Eli Buse for a 28-yard touchdown. McGill’s PAT was good giving Oneonta a 13-0 lead with 5:17 on the clock. Bulldog QB Lackey connected with Ramon Maldonado in the end zone on Susan Moore’s next drive, but an illegal procedure penalty called it back. The Bulldogs were forced to punt, and the quarter ended with Oneonta in Susan Moore territory. 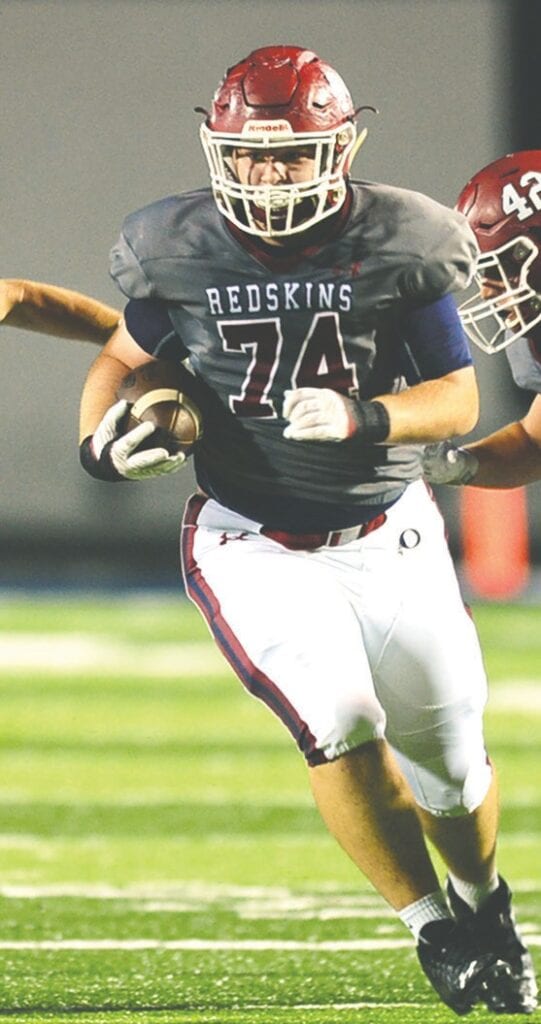 Three plays into the second quarter, Susan Moore’s Axel Calderon intercepted Faust’s pass, but the Bulldogs were unable to capitalize, punting on fourth down. Moon got loose on Oneonta’s next snap, but Jose Calderon stripped and recovered the ball and Susan Moore took possession. The Bulldogs were again unable to turn the momentum and Cayden Kritner intercepted Lackey’s third-down pass. Oneonta drove 37 yards on five plays and Moon scored from 8 yards with 6:39 left in the half. McGill’s PAT made it 20-0. Oneonta managed one more score on a 40-yard Faust to Buse connection. McGill’s PAT made it 27-0 with 4:21 on the clock. After again forcing the Bulldogs to punt, Oneonta drove 59 yards on eight plays. The drive ended with an incomplete pass in the end zone as time ran out.

The third quarter was again all Oneonta as Faust connected with Bothwell on a 43-yard touchdown reception with 6:56 on the clock and Moon scored on a 35-yard rush with 0:42 left in the quarter. McGill made one and missed one to give Oneonta the 40-0 lead going into the final quarter. 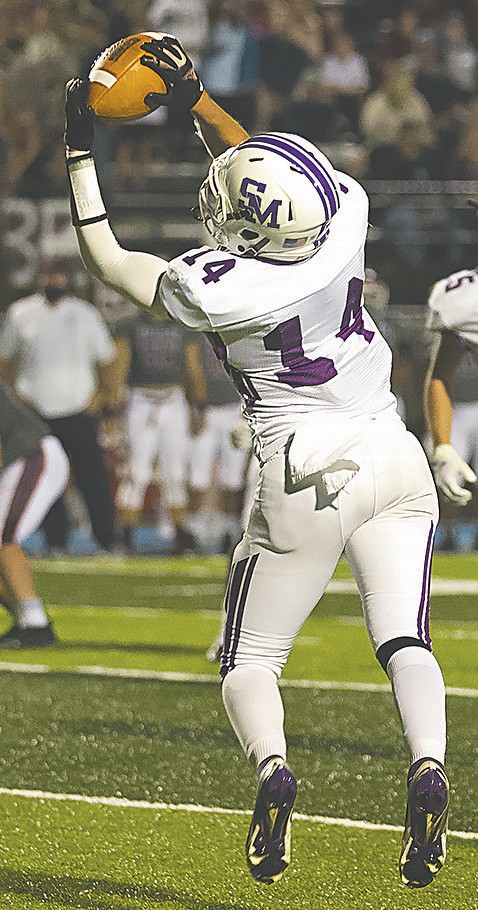 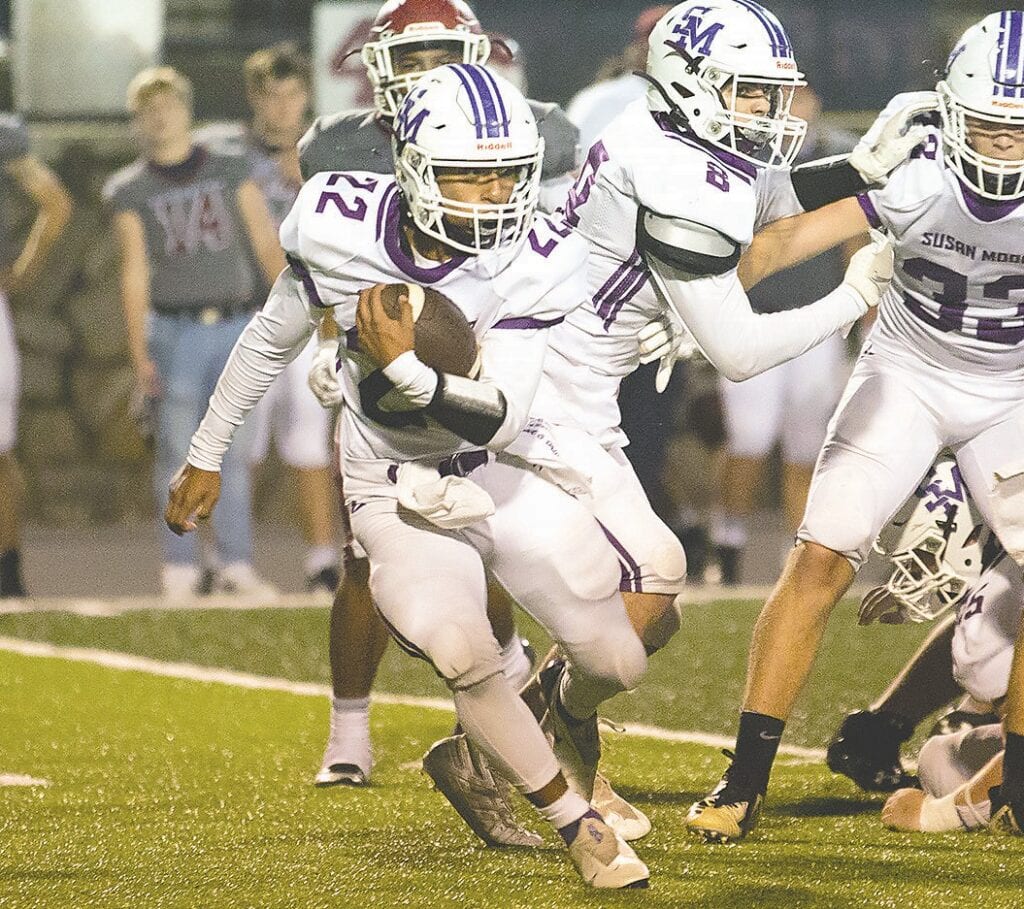 Defensively, Luke Hodge led the Redskins with 17 tackles (six for loss). Wil Robertson contributed 13 tackles (three for loss) and Bothwell had nine (one for loss). Top performers for the Bulldogs were Jose Calderon and Cristian Villanueva with six tackles each. Zach Smith had five tackles. Axel Calderon had one interception and Jose Calderon recovered a fumble.